Chicago police say the "Empire" actor "took advantage of the pain and anger of racism to promote his career." 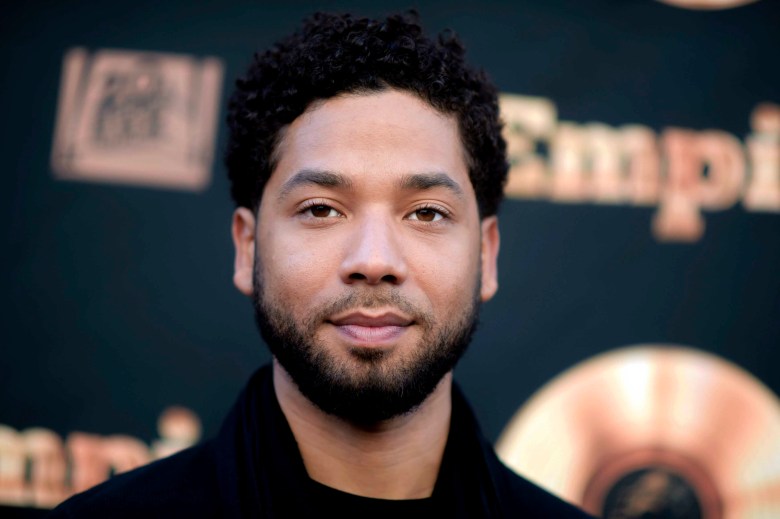 UPDATE (11:50 a.m. ET, February 21): 20th Century Fox Television and Fox Entertainment have issued the following statement in reaction to Jussie Smollet’s arrest: “We understand the seriousness of this matter and we respect the legal process. We are evaluating the situation and we are considering our options.”

Chicago Police Superintendent Eddie Johnson addressed the reasoning behind Jussie Smollett staging his own hate crime attack. Speaking during a press conference, Johnson said the “Empire” actor faked the attack because he was “dissatisfied with his salary.” Smollett turned himself into Chicago police at 5:00 a.m. CT this morning after being charged February 20 with making a fake police report. Filing a false police report is a Class 4 felony in Chicago, which means Smollett could face one to three years in prison if convicted.

Johnson said Smollett will appear today in front of a bond court judge at 1:30 p.m. CT. According to Johnson, the actor showed up to the Chicago police department with his attorneys and his arrest “went smoothly.” The fake attack occurred January 29. Smollett originally reported that he had been attacked by two men who yelled racist and homophobic slurs at him and got physically violent with him. Smollett said the men put a noose around his neck and poured bleach on him.

Smollett was photographed with facial bruises after he went public with the attack, but Johnson told press that those were “most likely self-inflicted.” Chicago police originally brought in two brothers, Ola and Abel Osundairo, for questioning but they were released soon after as the investigation pivoted to Smollett being a suspect. The actor was named a suspect and charged with filing a fake police report on February 20.

John said Smollett “took advantage of the pain and anger of racism to promote his career.” The police chief added the hoax was “shameful” and that the use of a noose in the faked attack was “to further his own public profile.” Johnson concluded by saying the hoax attack was a “slap in the face” to everyone in Chicago that “embraced” Smollett.

Prior to being arrested by Chicago police, Smollett’s team issued the following statement to IndieWire: “Like any other citizen, Mr. Smollett enjoys the presumption of innocence, particularly when there has been an investigation like this one where information, both true and false, has been repeatedly leaked. Given these circumstances, we intend to conduct a thorough investigation and to mount an aggressive defense.”

This Article is related to: Television and tagged Empire, Jussie Smollett