Harington predicts the end of "Game of Thrones" will be "groundbreaking." Let the fan theories continue. 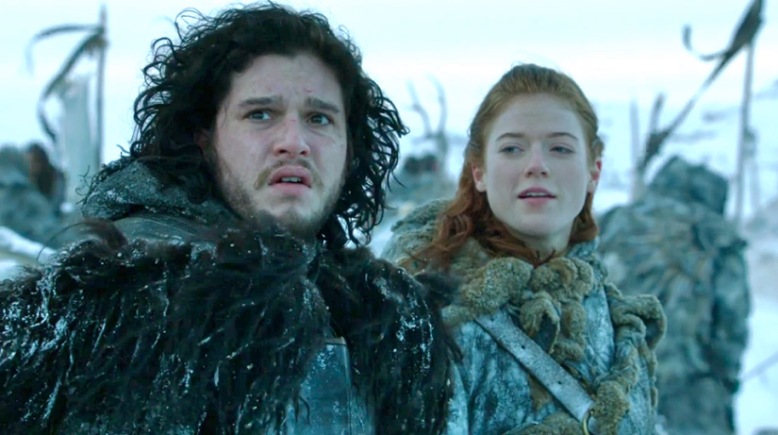 HBO may be doing everything in its power to protect spoilers from getting out about “Game of Thrones” Season 8, but that hasn’t stopped Rose Leslie from finding how the fantasy series ends. The actress played the wildling Ygritte on the series for multiple seasons and is married to co-star Kit Harington, whose character Jon Snow is one of the final major players still alive on “Thrones.”

“I told my wife last year how it ended, and she wouldn’t talk to me for about three days,” Harington told U.K. radio hosts Tom Green and Daisy Maskell (via Entertainment Weekly). “And she’d asked!”

When pressured to answer whether or not he is happy about how “Thrones” comes to an end, Harington got a bit more cryptic. “I can’t really answer whether I’m happy or not,” the actor said. “I don’t think it’s about happy or sad, really. I’m satisfied with what they did, but I don’t know whether I’ll be really satisfied until I see it.”

Harington continued, “It’s quite nice walking around, which will only happen for a few months before everyone’s seen it, knowing. I know and no one else does. I know how it wraps up. I think it’s gonna be groundbreaking.”

In order to protect spoilers from getting out, HBO used “drone killers” in order to prevent any photos from being taken of the set during filming. “Thrones'” final season will be made up of only six episodes. Directors David Nutter and Miguel Sapochnik returned to the franchise to helm five of the final six installments, while series creators David Benioff and D. B. Weiss directed the series finale, airing May 19. Cast members like Sophie Turner have already warned fans about the final season being a brutal one for fan favorite characters.

The final season of “Game of Thrones” begins Sunday, April 14 on HBO.

This Article is related to: Television and tagged Game of Thrones, Kit Harington, Rose Leslie