The Danish provocateur continues to have an utterly unpredictable career. 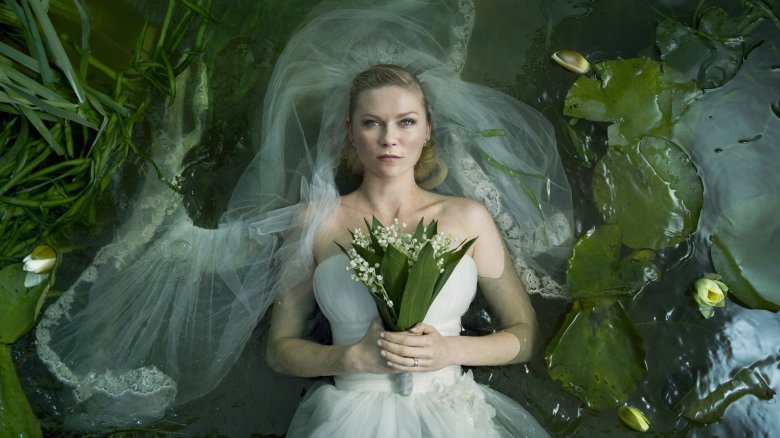 Lars von Trier is rebounding from the controversial release of “The House That Jack Built” by taking his career into an utterly bizarre and unpredictable new place. As reported by The New York Times, the Danish provocateur is planning to turn all 13 of his feature films into diamonds and exhibit them at art institutions around the world. Von Trier has already finished “Melancholia: The Diamond,” which is now available for viewing at M HKA, a contemporary art museum in Antwerp, Belgium.

The exhibit combines the 12-carat diamond with a virtual reality project. M HKA is not releasing photographs of the diamond to the press because von Trier “wants people to come and actually experience it themselves.” The “Melancholia” diamond takes inspiration from the film’s climactic moment and features two stones colliding into a single form.

“What I’m trying to do is capture the mood,” von Trier told The Times about representing the film in diamond form.

Von Trier cut the diamond by hand, which took him five years. “It has been in a way a sideline, but you never know where life will take you,” the director said. “When it started I thought it would take two weeks to cut the diamond and it would be interesting.”

With “Melancholia” finished, von Trier said he is planning to metaphorically represent his other 12 movies in diamond form over the next five years. Next up is a diamond for “Breaking the Waves,” his 1996 drama starring Emily Watson and Stellan Skarsgård. To speed up the diamond cutting process, von Trier plans to take a “more abstract” approach to the physicality of the diamond and use a new laser-based diamond cutting technology.

“Melancholia: The Diamond” will remain open at M HKA through May 5. Von Trier has not announced any feature film plans to follow “The House That Jack Built,” which is now available on demand.

This Article is related to: Film and tagged Lars von Trier, Melancholia