"Desus & Mero" and "Late Night With Seth Meyers" both took "Green Book" to task for its controversial approach to race relations. 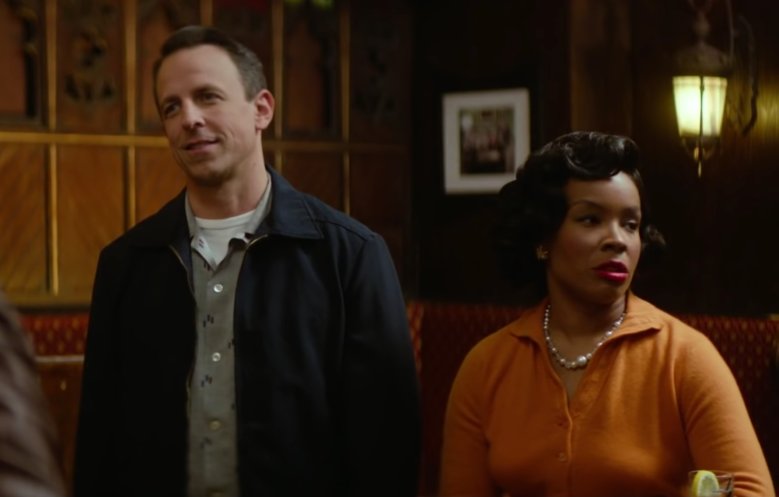 With the 2019 Oscars just days away, late night television programs “Desus & Mero” and “Late Night With Seth Meyers” aren’t hiding their shade for Peter Farrelly’s nominee “Green Book.” Both programs aired critical takes of the divisive race relations drama during their February 21 episodes. While “Desus & Mero” took more overt shots at “Green Book” with a parody entitled “The Greenest Book,” both hot takes called out the film’s white-savior narrative and how that storyline has long appealed to the white male-dominated Academy.

“Green Book” is nominated for five Academy Awards this year, including Best Picture, Best Actor for Viggo Mortensen, Best Supporting Actor for Mahershala Ali, Best Original Screenplay, and Best Film Editing. The drama won the Producers Guild of America prize, which has made it a leading contender for Best Picture against Netflix’s “Roma.” Ali is currently the frontrunner to win the Best Supporting Actor prize.

Despite being a staple on the awards circuit all season long, “Green Book” has been the subject of backlash for the way it simplifies race relations and racism. IndieWire’s Tambay Obenson wrote a critical takedown of the film in November entitled “‘Green Book’: The Feel-Good Oscar Contender Has a ‘Magical Negro’ Problem,” while NAACP president Derrick Johnson recently spoke out against the movie.

“When you create a movie like ‘Green Book’ and you project as if there’s a white guy introducing a black guy to fried chicken — a traditional African American dish — which is patently wrong,” Johnson said. “The family says that there was never any conversation with the family about the uniqueness of the character. So as a result of that, none of the quality of nuances of the character came through and it fell on a very myopic, negative stereotype that should no longer exist.”

Watch the “Green Book” takedowns from “Late Night” and “Desus & Mero” in the videos below.