Berlin: Affleck's directorial debut is a familiar backdrop — think "Leave No Trace" meets "The Road" — but it arrives at a worthy payoff. 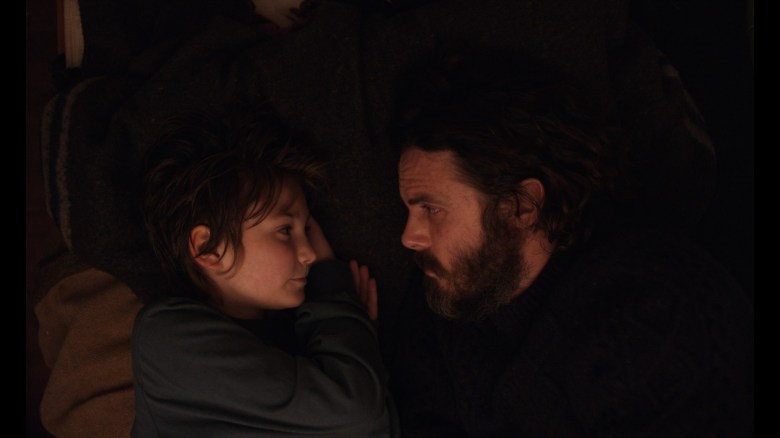 “Light of My Life”

Post-apocalyptic dramas have become such a staple of modern storytelling that they often take the backdrop for granted, as if audiences know the way the world ends so well that it requires little elaboration. Casey Affleck’s bleak “Light of My Life” — in which he directed, wrote, and stars — falls into this loose category of talky, character-based survival dramas that may as well exist in a single expanded universe.

To be fair, Affleck has conceived an original scenario, and he’s placed it against a gorgeous, lyrical backdrop. “Light of My Life” delivers a lush variation on familiar elements, and wends its way to a tense final showdown that makes the wandering trajectory worthwhile. The movie unfolds in the wake of a disease that has wiped most of the women on Earth, while Affleck’s unnamed father defends his young daughter (astonishing newcomer Anna Pniowsky) from a man’s world. Yet “Light of My Life” has less to do with pratfalls of a male-dominated society than the psychological duress of a parent struggling to let his child grow up. Think “Leave No Trace” overlaid on Cormac McCarthy’s “The Road.”

Discounting the non-fiction experiment “I’m Still Here,” the new movie marks Affleck’s narrative debut behind the camera, and a logical extension of his talents. “Light of My Life” consolidates the sleepy, expressionistic style found in much of Affleck’s acting work from the past 20 years: From “Gerry” to “The Assassination of Jesse James By the Coward Robert Ford,”  all the way through “Ain’t Them Bodies Saints,” Affleck has a penchant for playing dazed introverts adrift in empty worlds. None are emptier than the one in “Light of My Life,” which unfolds almost exclusively within the confines of foggy, dense forestry, where Affleck’s unnamed character roams the foliage with his prepubescent Rag (Pniowsky), whom he disguised as a tomboy to throw off the leering men they encounter along the way.

The movie’s ponderous first half hovers in the dynamic between this wayward pair, and Affleck’s leisurely screenplay struggles to make their slippery bond as involving as the enigmatic backdrop. Occasional cutaways to the child’s dying mother (Elisabeth Moss, in a few minutes of fragmented screen time) explicate the traumatic circumstances leading up to the pair’s nomadic life. But “Light of My Life” spends less time explaining itself and instead lingers in the present, with mixed results. The opening scene drags for minutes on end, as the father lies next to his daughter in their crammed tent and shares with her a rambling variation on “Noah’s Ark,” which culminates in the revelation that she might be the last of her species. It’s an intriguing hook, but far too exhausting a journey to get there.

Affleck’s script stumbles whenever it probes the pedestrian challenges of fatherhood in a single-parent unit. Once the duo find an abandoned home and settle down, his character makes a clumsy attempt to explain sex, puberty, and periods in an awkward monologue that drags.

The father’s feeble attempts to explain men to his bored daughter will inevitably be read as Affleck’s mea culpa for sexual deviance that plagued the production of his quasi-documentary “I’m Still Here.” (At the Berlin International Film Festival press conference, a reporter asked if the film’s storyline was in any way a response to his history; Affleck replied that he wrote the script long before those events took place.) And truthfully, the script’s reductive exchanges suggest the character lacks the words to explain an apparent shortcoming of their species. “Not all men are sad, and lonely, and angry,” he says, but nobody they encounter really supports that case.

Fortunately, “Light of My Life” has more to offer than cookie-cutter parental challenges and half-formed gender analysis. Australian cinematographer Adam Arkapaw (“Lore,” “Animal Kingdom”) has crafted an absorbing grey-tinted palette that endows the outdoor imagery with painterly depths, while frequent David Lowery composer Daniel Hart supplies a haunting score. Even as “Light of My Life” meanders, it casts an atmospheric spell.

That makes the occasional bursts of excitement all the more jarring: When mysterious men spot the duo in town, they’re forced to hit the road, and it won’t be the last time. The movie really comes alive in its closing minutes, a bracing series of physical showdowns in tight corridors that culminates in blinding white snow. Affleck’s use of dramatic camera angles and abrupt reveals make it unclear exactly who has the upper hand until the movie’s thrilling conclusion, when “Light of My Life” finally becomes less about a man raising a woman and more about a woman ready to take on the world. It’s a circuitous path to get there, but in its memorable closing shot, Affleck finally sets things right.

“Light of My Life” premiered out of competition at the 2019 Berlin International Film Festival. It is currently seeking distribution.

This Article is related to: Film and tagged Berlin, Casey Affleck, Light of My Life, Reviews