The deal to bring an eclectic array of superheroes to the small screen created 161 total episodes and some interesting lessons. 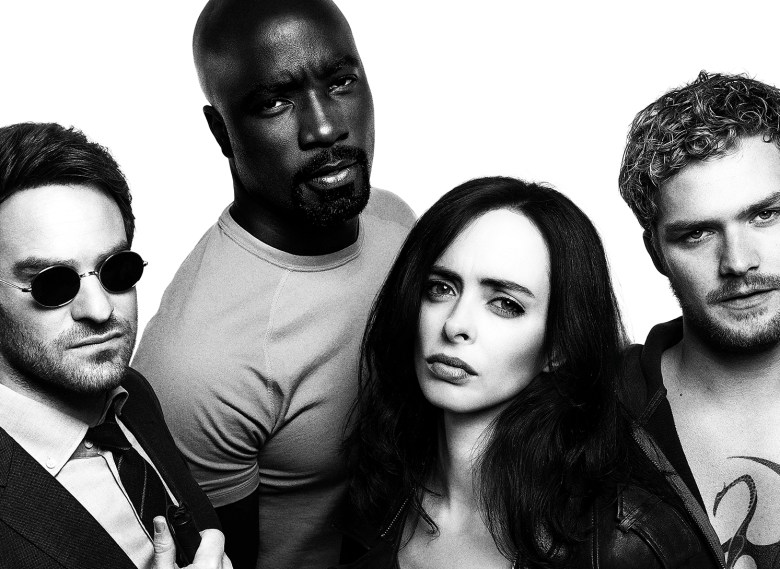 The final death knell for Netflix and Marvel’s television pact came this week with the cancellation of “The Punisher” and “Jessica Jones.” The latter has yet to release its third (and now final) season, which will be the last Marvel series to launch on the Netflix platform.

Netflix’s final uncoupling from Marvel has seemed likely in light of the upcoming streaming service Disney+ and the already-announced Marvel series there in development. Still, in August 2018, Netflix’s Cindy Holland told journalists at the Television Critics Association press tour that the streamer hadn’t necessarily reached critical mass when it came to greenlighting additional Marvel series: “There’s always an ongoing discussion as to whether we might spin off a couple of characters into additional properties,” she said.

That didn’t happen, and it was Netflix’s call: Marvel’s Jeph Loeb told IndieWire on the eve of the “Punisher” Season 2 release that when it came to the ongoing cancellations, “it’s an unfortunate reality to any relationship between a network and a studio in that the network always has the right at any time to cancel a show.”

On Monday, in reaction to the “Punisher” and “Jessica” cancellations, Loeb wrote a letter to fans published on Marvel.com, ending with:

Our Network partner may have decided they no longer want to continue telling the tales of these great characters… but you know Marvel better than that.

As Matthew Murdock’s Dad once said, “The measure of a man is not how he gets knocked to the mat, it’s how he gets back up.”

For now, fans are left with a scattered collection of conclusions with one unifying factor: The central characters are on the verge of starting new and exciting chapters. While Jessica Jones’ last season has yet to debut, other final moments are locked in: Foggy, Karen, and Matt toast their decision to reunite for a new law firm. Danny Rand and Colleen Wing each get new powers. Frank Castle comes to fully own his identity as the Punisher. 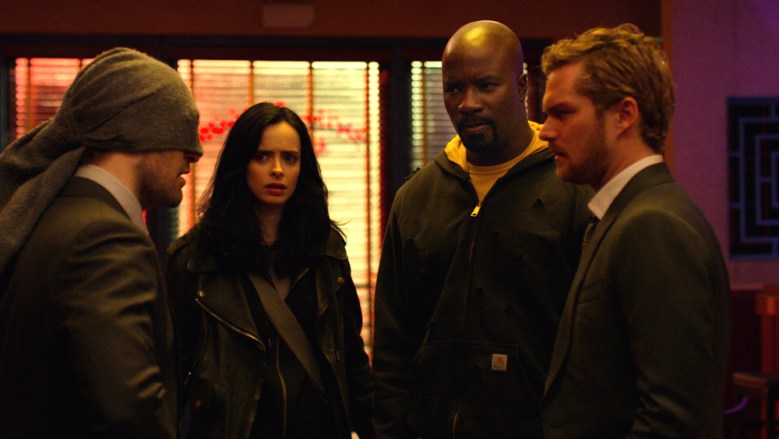 The least-satisfying conclusion for all of these stories is that of “Luke Cage,” in which the second season ended with its title character tempted onto a darker path, setting up a clear arc for a third season that would theoretically include his redemption. At the time of its cancellation, Deadline reported that showrunner Cheo Hodari Coker and the writers had been working on plans for a third season for a few months (but that there were creative difficulties).

Not that this was anything new for a franchise that experienced a high degree of showrunner turnaround. (Of all the shows, “Jessica Jones” showrunner Melissa Rosenberg has the distinction of being the only creator to stay with her series for three full seasons).

When Netflix launched “Daredevil” in 2015, along with plans to eventually broaden the universe to four individual series, it did so on the back of the established precedent of the Marvel film universe. But “The Defenders” didn’t find the success of “The Avengers.” The initial effort to unite the characters for the miniseries was not a critical favorite compared to the other series, and may have killed much enthusiasm for seeing the characters united for additional stories. But also, perhaps based on the logistical difference between making a 13-episode season of television and a feature film, trying to blend all these shows together into one universe proved impossible. 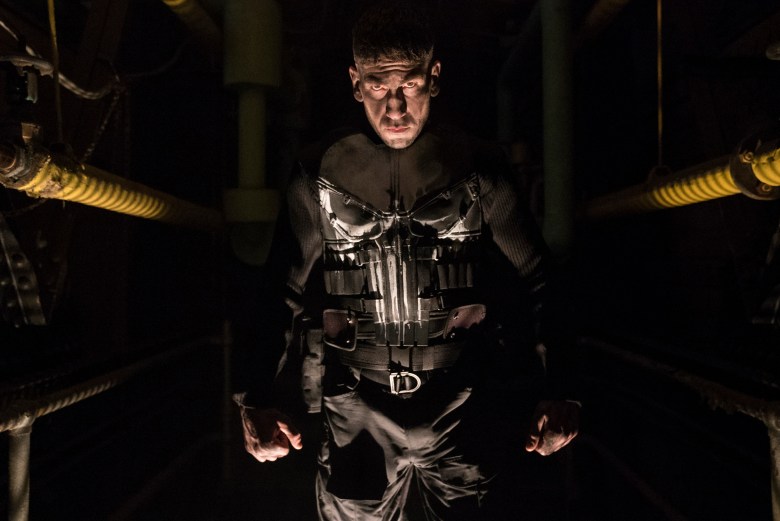 Over the years, Marvel showrunners would say they had a fair amount of creative control, with Marvel execs ensuring there weren’t any conflicts. However, that led to the shows drifting further apart, until one of the concept’s most charming aspects — that New York City can feel like an awfully small town — felt less true. As the crossovers between the shows dwindled to cameos, the excitement that drove the MCU to big-screen success floundered on the small screen.

It was just one of the flaws that emerged over the course of this five-year experiment. Netflix hasn’t abandoned comic-book series, but many future projects are based on comics it owns outright. In 2017, the company acquired Millarworld, founded by writer Mark Millar, whose graphic novels inspired the “Kick-Ass” and “Kingsman” film franchises. This put Netflix in the business of publishing comics; the next new property from Millar, “Sharkey the Bounty Hunter,” debuts online and in comic book stores February 20.

The company built by the original Stan Lee still has plenty in the works, but the Netflix deal may be remembered as a bittersweet moment in the company’s history. The shows had their rough patches, but they represented an interest in representing unique perspectives in the superhero realm. At their best, they leaned into adult content to ensure they told human stories that just happened to involve superpowers.

This Article is related to: Television and tagged Marvel, Netflix