A breakdown of the mistakes Fox's insane reality show made and how it can tweak them going forward. 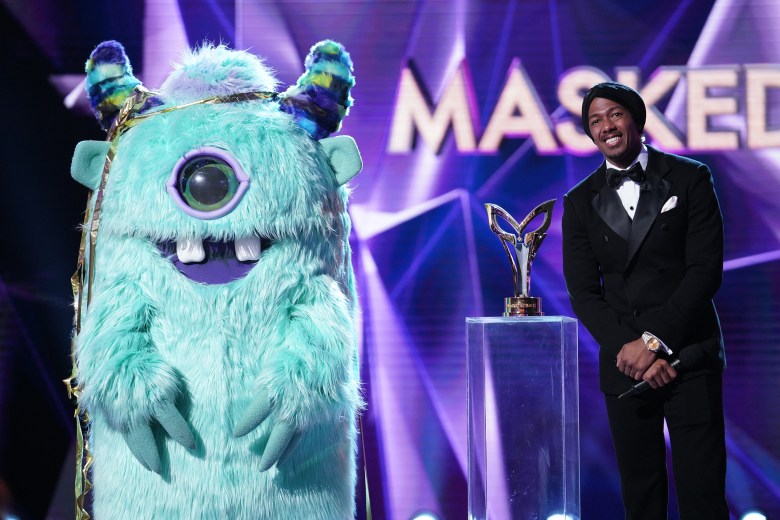 [Editor’s Note: The following contains spoilers from “The Masked Singer” Season 1, including the finale.]

As an adaptation of the Korean show “King of Mask Singer,” which has higher turnover with their singers, “The Masked Singer” will need to do a better job of keeping its singing celebrities incognito in the second season. The show crowned the singer known as Monster its first-ever winner Wednesday night, and while the unmasking was a triumph for rapper T-Pain — a soulful-voiced Grammy winner who finally got redemption after being reviled for using Auto-Tune — his identity also wasn’t that surprising to a good chunk of the audience. Ditto for runners-up Donny Osmond (Peacock) and Gladys Knight (The Bee).

The success of Fox’s runaway hit show, which drew a series-high of 10 million viewers for its finale, hinges on keeping viewers guessing. The production went to great lengths to hide the competitors’ identities beyond the elaborate costumes. From ironclad non-disclosure agreements to disguising the celebs’ handlers, Fox appeared to have thought of everything.

Then the show premiered, and the audience proved to be more resourceful at unmasking than expected.

Based on the clues given on the show and off, the power of Google, and the collective minds on Reddit, savvy fans of the show made short work of the mystery alter egos. While there is some satisfaction to guessing these identities correctly, it became increasingly anticlimactic to tune in week to week and see the expected celebrity unmasked. Novelty carried the show this season, but it can only extend so far.

Below are a few suggestions on how the show can keep the mystery and interest alive in Season 2:

1. Don’t Give Away Too Many Easily Cross-Referenced Clues Early

“The Masked Singer” provided many entertaining and clever clues, but it front-loaded the show with them to the point that the first video clue package almost provided a full profile of the celebrity. The preponderance of facts, along with how they could be cross-referenced on the internet, delivered the full identities to viewers by their first or second appearance. 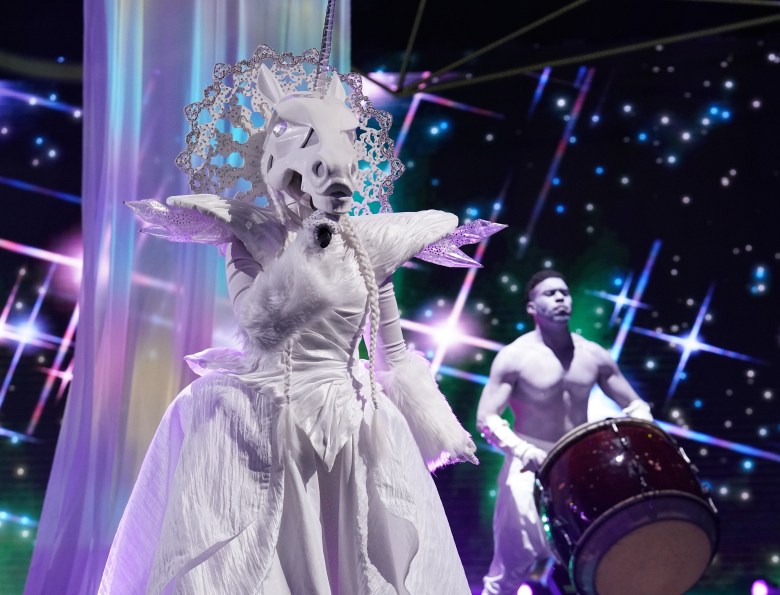 One of the biggest give aways was providing the heights of its six contestants in the first episode. For example, anyone suspecting the Unicorn — a former girl scout who hailed from Beverly Hills — was actually Tori Spelling only had to cross-reference her name with the 5-foot-6 height provided to confirm her identity. Fox removed the heights from the second episode and its next batch of six contestants. The show should space out the juicy clues to build to a greater knowledge of a contestant across episodes.

There’s a certain level of good faith expected on the show to provide reliable information. It’s fine if the clues are murky, misleading, or incomplete — but they should not actually misinform. Therefore, when Rabbit began dropping references to boy bands other than ’N Sync, this wasn’t entirely fair to the audience. In one of the most legendary “Survivor” Season 1 misdirects, the CBS website included a “hidden” page where every contestant was crossed out except for Gervase Peterson, causing many to believe he’d be the winner. Fox would do well to get creative like this to make the show challenging.

3. Keep the Contestants Away From the Press

Typical reality contestants are not famous (yet), so they don’t have to contend with reporters. Since “The Masked Singer” contestants are celebrities, they are at risk of being in the spotlight and therefore blowing their cover. Joey Fatone and Rumer Willis were asked point-blank if they were the voices behind Rabbit and Lion, respectively, forcing them to lie outright in order to maintain the veneer of secrecy. If they hadn’t done interviews while the show was airing, they could’ve avoided lying to the public.

Donny Osmond maintained his secret identity as Peacock despite flying out each night after filming so he could perform in Vegas. His equally famous sister Marie Osmond wasn’t as good at balancing her public persona with her brother’s secret. In an unrelated “Access Live” interview, Kit Hoover asked if Donny had been friends with Michael Jackson (one of the clues given about Peacock). Marie responds, “I told him, ‘Why are you giving such easy clues?’”

In contrast, Donnie Wahlberg, a former member of New Kids on the Block who is also married to “Masked Singer” judge Jenny McCarthy, gave a great non-answer during a Television Critics Association panel earlier this month. When asked about the identity of Rabbit, he said: “There’s a list of boy-banders who are…alleged to be the Rabbit and I’m on the list. I think I’m trending third now behind Joey Fatone and Joey McIntyre. But my wife signed the disclosure form, so I don’t even know who’s in the costume and, if it’s me, I haven’t found out yet.”

T-Pain delivered the most exciting performance of the show, transcending his Auto-Tuned reputation. Although his singing ability is admirable, T-Pain’s (born Faheem Rasheed Najm) real appeal was his chameleon-like performances; he switched up his vocal and song styles every week. This, along with his high-energy dance moves in the unwieldy Monster costume, created a big blue conundrum. His identity was never once guessed by the judges. (Of course, the fans sussed out his identity in the first week.)

Both Rumer Willis and T-Pain will most like garner renewed interest in their careers after the show, and deservedly so. This is the true benefit of the anonymity of the mask; many of the celebrities raved about the freedom it provided from their current or past reputations. 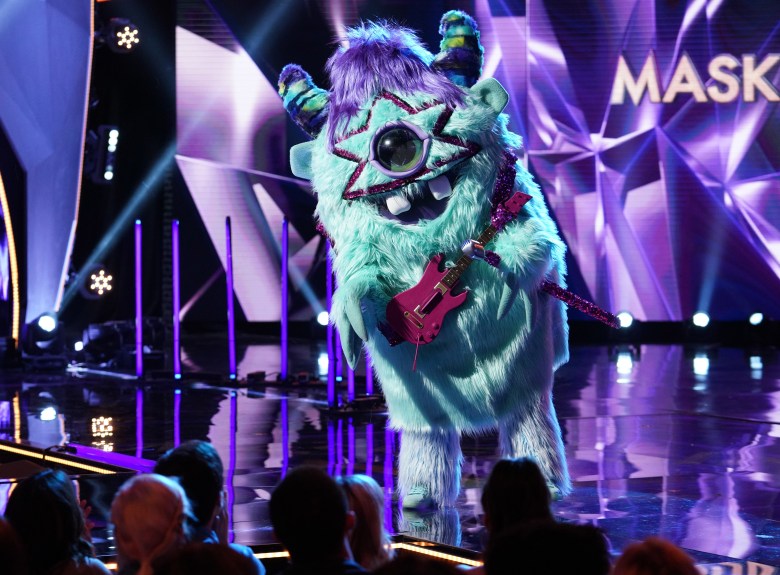 Maintaining the secrecy of a singer long-term doesn’t have to be that taxing if they’re a celebrity guest who comes on for a special one-off performance. After that, they can unmask themselves and maybe even join the judges’ panel. Or they can add to the misdirection by acting as decoy Masked Singers or dropping vague but intriguing statements to the press.

Season 1 was pre-taped to preserve secrecy. But that also meant that some of the editing, such as the extended sequences when the singer removes their mask, felt manufactured. Some sort of live element, like a live finale with unmasking, would add more drama and suspense.

”The Masked Singer” Season 1 is available to stream on Hulu. Season 2 is currently being cast and developed.

This Article is related to: Television and tagged Fox, The Masked Singer