Ah, February. The month of love. With Valentine's Day just a heartbeat away, Netflix is giving you... a superhero show? 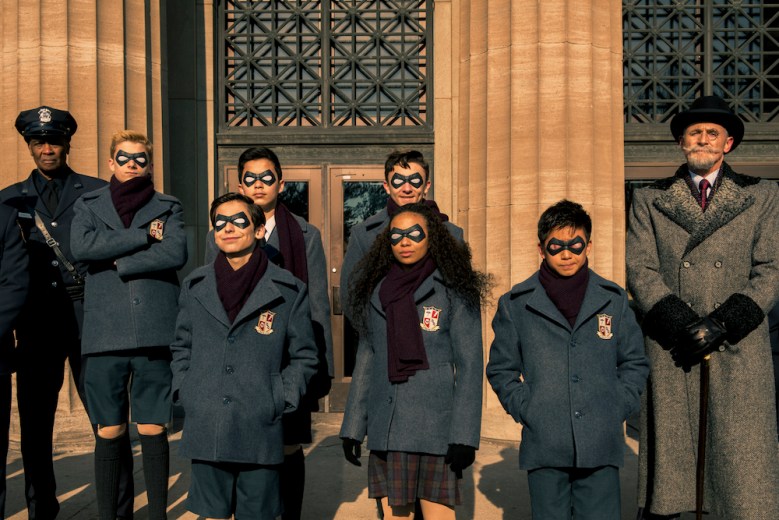 Why Should I Watch? In what looks like a timely blend of “X-Men” and “Deadly Class” — though hopefully more of the former — Netflix’s new youth superhero series focuses on a group of seven kids who are born under mysterious circumstances and adopted by a billionaire industrialist who trains them to “save the world.” Years later, after their “father” dies and the team disbands, visions of an apocalyptic future forces the surviving members to reunite and try to fulfill the purpose of their wayward, deceased leader. Based on the comic books and graphic novels written by Gerard Way and illustrated by Gabriel Bá, “The Umbrella Academy” is the streaming giant’s biggest bet this month — big cast, big budget, big hit? Early reviews are promising, but we shall see for ourselves over Valentine’s Day weekend.

Bonus Reason: You saw Ellen Page’s speech on Stephen Colbert last week, right? OK, well, “The Umbrella Academy” won’t directly deal with Mike Pence, bigotry, or even LGBTQ issues, but it is the reason she got to go on national television and make an impassioned plea for human rights. So that’s a pretty good reason to check out her show, right there — we all owe one to Ms. Page, if not a few donations to the ACLU or GSA Network. 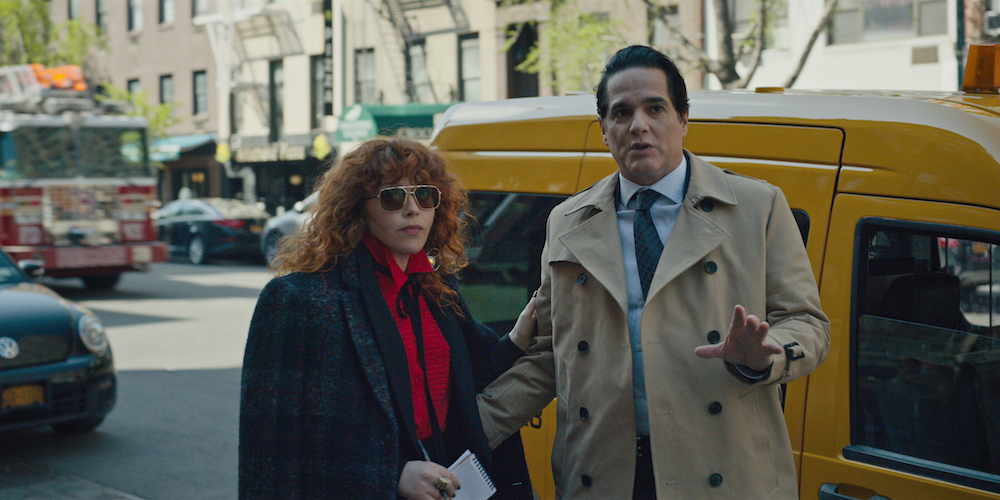 Why Should I Watch? If you haven’t started bingeing Netflix’s best new series since “Big Mouth,” get on it. Created by Amy Poehler, Natasha Lyonne, and Leslye Headland (whose 2012 film “Bachelorette” remains one of the most under-appreciated R-rated comedies of this millennium), “Russian Doll” is the kind of show that’s far better the less you know going in — it’s made up of eight, half-hour episodes; it’s a dark comedy with an intriguing mystery driving the plot; it’s got a cat, a couple of cool one-shots, and a quick hit of Chloë Sevigny, but that’s all you need to know! Oh, and it’s great. Really great. So get watching.

Bonus Reason: Fine, OK, whatever. You’re one of those “I don’t care about spoilers” people, and that’s cool, but I’m still only giving you one more reason to watch: It’s kind of like “Groundhog’s Day.” Honestly, even though it’s a much different, darker spin on that story structure, I still feel safe saying if the premise of a never-ending day interests you, odds are high you’ll thoroughly enjoy “Russian Doll.” 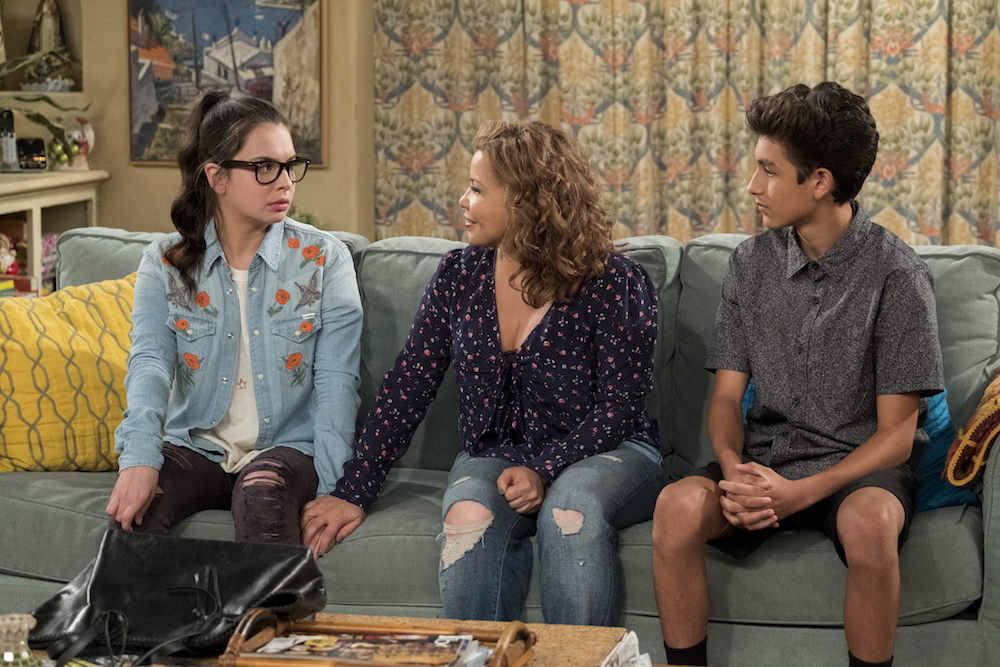 Isabella Gomez, Justina Machado, and Marcel Ruiz in “One Day at a Time”

Why Should I Watch? With “The Americans” over and done with, Gloria Calderon Kellett and Mike Royce’s Netflix sitcom has usurped its throne as the one series all critics point to and say, “Watch this!” Few shows elicit the type of passionate euphoria seen in “One Day at a Time” fans, as the inspiring, inclusive, and insightful comedy racks up episode after enjoyable episode. Don’t you want to be a part of that? Sure you do. (Plus, you don’t want to piss off the critics. We refuse to shut up about shows we suspect you’re not watching.) 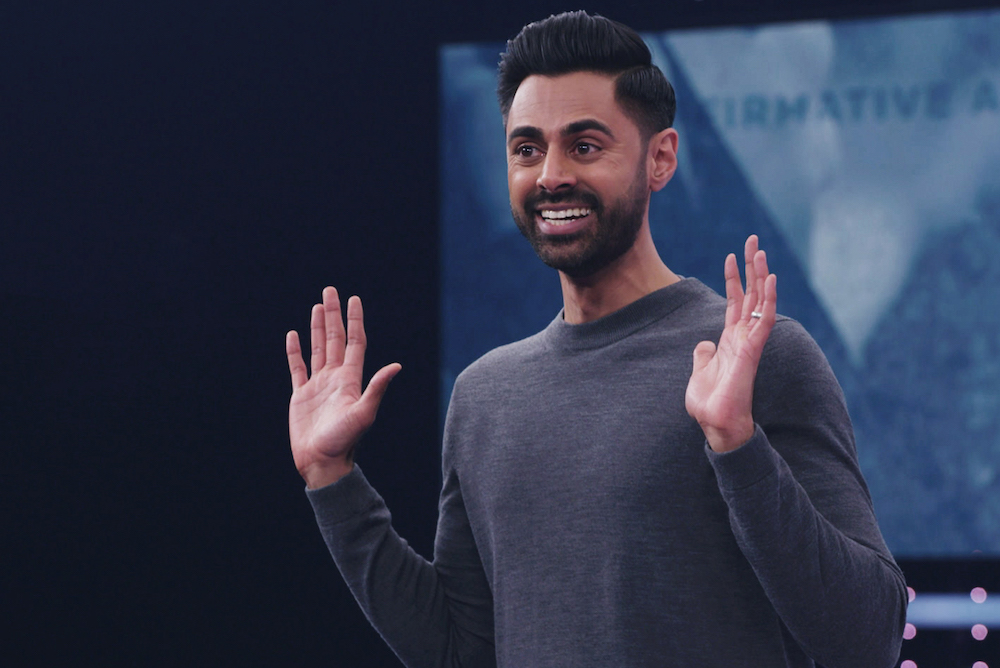 Why Should I Watch? After receiving high marks early on, the first season of “Patriot Act with Hasan Minhaj” was ultimately overshadowed by controversy following Netflix’s controversial decision to pull an episode in Saudi Arabia that was highly critical of the country’s government. The move, which Netflix said it made for legal reasons, caused a bit of a skirmish, but it’s worth reminding people Minhaj and the show itself did nothing wrong. Netflix isn’t mad. Journalists are supportive, and, again, viewers are responding positively to the series. Given the rough track record of talk shows on the streaming service, this one is worth supporting through and through.

Bonus Reason: As IndieWire’s Steve Greene pointed out, the look of Hasan Minhaj’s series is worth appreciating on its own. Based on a modern, “microfiche film,” the talk show’s visual design gets its host out from behind a desk and takes on a more advanced style to make the most of its space. There’s dimming lights, full-spectrum video, and 4k resolution, all to help the content feel vibrant and urgent, while Minhaj’s delivery brings the comic timing and personal flair. So check it out, and see what this talk show can offer that others don’t.

Page 1 of 2
Continue Reading: 7 New Netflix Shows to Binge in February, and the Best Reasons to Watch

This Article is related to: Television and tagged Netflix, Russian Doll, The Umbrella Academy