Treat your Oscar season fatigue with some old faithful choices. 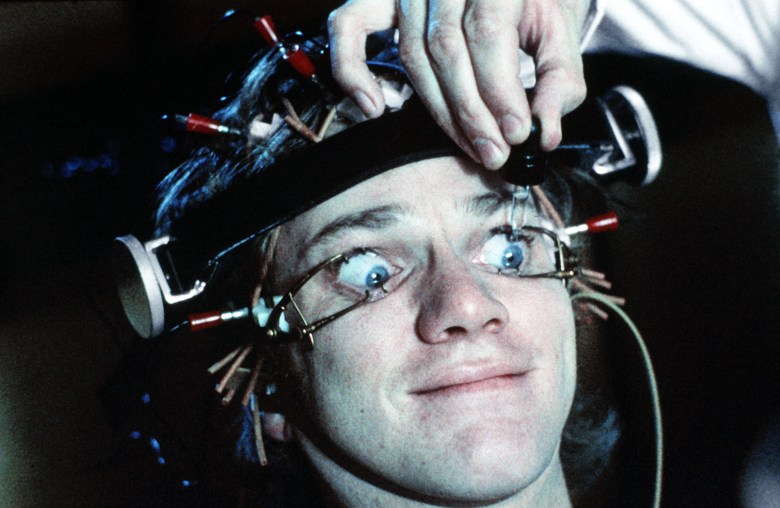 By March 1, the Oscars will be over, and we can finally stop pulling our hair over the fact that Rami Malek’s dentures beat out Ethan Hawke’s bottle of drain cleaner. When that day comes, Netflix will be able to offer an eclectic mix of reliably quality fare to cleanse our palates of what will surely go down in history as one of the oddest Oscar seasons ever. The streaming giant could also very well have earned its first Best Picture statue by then, but its users won’t be able to hear the champagne bottles popping over the hum of their preferred watching device.

Damien Chazelle’s finely crafted Neil Armstrong biopic “First Man” may have been snubbed in almost every major category, but audiences looking to revisit the original space tearjerker can countdown with “Apollo 13,” which hits Netflix at the beginning of the month. ’90s babies can also throw back with Gwyneth Paltrow’s “Emma,” and newer fans who met Michelle Yeoh in “Crazy Rich Asians” can see the movie that first made her an international sensation when “Crouching Tiger, Hidden Dragon” comes to the site.

On the Netflix Originals side, the controversial trans ballerina film “Girl,” which drew passionate critics and fans alike before picking up a Golden Globe nomination, debuts on March 15. Netflix will also premiere Chiwetel Ejiofor’s directorial debut, “The Boy Who Harnessed the Wind,” based on the true story of William Kamkwamba, who engineered a way to bring water to his Malawi town during a drought.

Check out the fill list of new film titles coming to Netflix in March below.

Two friends quit their boring jobs to start a company that plans bachelor parties in Budapest. Their wives, however, have mixed feelings about this.

“River’s Edge” (Netflix Film)
High schooler Haruna befriends loner Yamada, then is drawn into the tangled relationship between him, a model and the girl who loves him unreasonably.

“The Boy Who Harnessed the Wind” (Netflix Film)
Inspired by a science book, 13-year-old William Kamkwamba builds a wind turbine to save his Malawian village from famine. Based on a true story.

“Your Son” (Netflix Film)
After his son is brutally beaten outside a nightclub, a surgeon takes the law into his own hands and seeks vengeance against the perpetrators.

“Juanita” (Netflix Film)
Fed up with her life, Juanita leaves her grown kids behind and hits the road in search of a fresh start.

“Lady J” (Netflix Film)
When her love affair with a lustful marquis takes a sudden turn, a wealthy widow concocts a scheme to get revenge — with help from a younger woman.

“Walk. Ride. Rodeo.” (Netflix Film)
In the wake of an accident that leaves her paralyzed, a champion barrel racer is determined to get back on her horse and ride again.

“Triple Frontier” (Netflix Film)
Struggling to make ends meet, five former U.S. soldiers set out to steal millions from a drug lord’s lair — and end up with a target on their backs.

“Burn Out” (Netflix Film)
When his son’s mom runs afoul of Paris’s criminal underworld, a thrill-seeking superbike racer begins moonlighting as a drug courier to clear her debt.

“Dry Martina” (Netflix Film)
An odd encounter with a fan and a tryst with that fan’s ex-boyfriend leads a sexually adventurous singer on an escapade in Chile.

“Girl” (Netflix Film)
With the support of her father, a 15-year-old transgender girl pursues her dream of becoming a professional ballerina. Winner of the Camera d’Or for best first film at this year’s Cannes Film Festival as well as the Best Actor Prize for Un Certain Regard, the FIPRESCI International Critics Award for Best Film (Un Certain Regard) and the Queer Palm. The feature directorial debut of Lukas Dhont, the film was written by Dhont and Angelo Tijssens, and produced by Dirk Impens (Menuet). Girl stars Victor Polster and Arieh Worthalter.

“Paskal” (Netflix Film)
Naval unit PASKAL is among the most elite special forces in Malaysia. But all bets are off when one of its own stages a hijacking. Based on true events.

“The Lives of Others”

“Mirage” (Netflix Film)
A space-time continuum glitch allows Vera to save a boy’s life 25 years earlier, but results in the loss of her daughter, whom she fights to get back.

“The Dirt” (Netflix Film)
In this dramatization of Mötley Crüe’s no-holds-barred autobiography, the band hits the monster highs and savage lows of heavy metal superstardom.

“Bayoneta” (Netflix Film)
A retired Mexican boxer living alone in Finland gets a shot to redeem himself in the ring, forcing him to confront his painful past in the process.

“The Highwaymen” (Netflix Film)
The outlaws made headlines. The lawmen made history. From director John Lee Hancock (‘The Blind Side’), THE HIGHWAYMEN follows the untold true story of the legendary detectives who brought down Bonnie and Clyde. When the full force of the FBI and the latest forensic technology aren’t enough to capture the nation’s most notorious criminals, two former Texas Rangers (Kevin Costner and Woody Harrelson) must rely on their gut instincts and old school skills to get the job done.

“Tucker and Dale vs. Evil”

“The Burial of Kojo”

This Article is related to: Film and tagged A Clockwork Orange, Netflix, Wet Hot American Summer