The multi-cam series takes some big risks this year, and delivers real catharsis along the way. 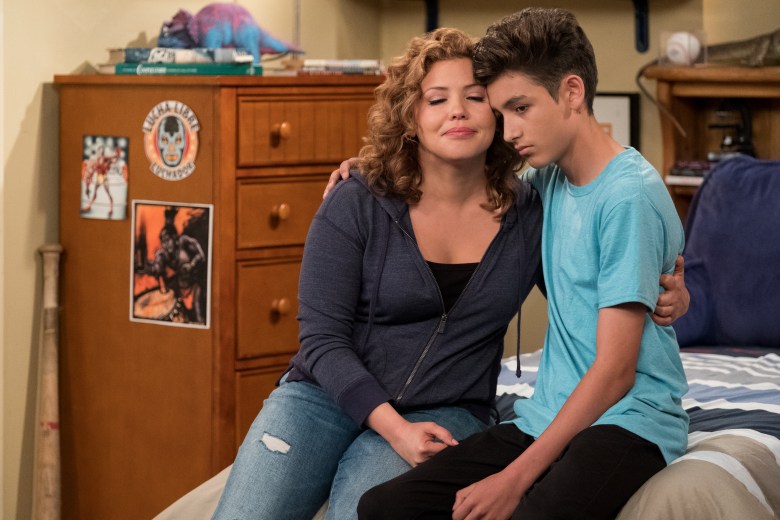 There’s always been an odd quality to the idea of a multi-camera sitcom made specifically for Netflix. After all, the format has never been designed for bingeing — in the days of Norman Lear, episodes were designed to be watched casually, even out of order, week after week.

Gloria Calderon Kellett and Mike Royce’s update of Lear’s “One Day at a Time” has always been conscious of that, however, and with each passing season they have become much more savvy about creating a flow that keeps the idea of episodic storytelling alive while also building momentum and creating an addictive narrative.

The fact that the multi-generational sitcom, about a Latina single mother and her family trying to live their best lives, proves capable of innovation within the format while also still remaining genuinely funny is a credit to both the writing and the performances. Despite occasionally being unable to resist the broad temptations of a storyline like “Abuelita accidentally enjoys a pot lozenge,” the ensemble, as led by Justina Machado, proves more than capable of delivering both snappy banter and harsh realism.

Rita Moreno may always be the show’s vibrantly beating heart, but young cast members Isabella Gomez and Marcel Ruiz have gotten a real chance to reveal their innate talents; Gomez in particular has come to own the role of Elena, developing her as a character beyond her many defined qualities and quirks. Elena’s sexuality, in the context of her blossoming relationship with non-binary Syd (Sheridan Pierce), is given a mature yet still family-friendly treatment that proves how telling stories about LGBTQI people simply makes shows like these richer, more inclusive, and more reflective of the world we live in. 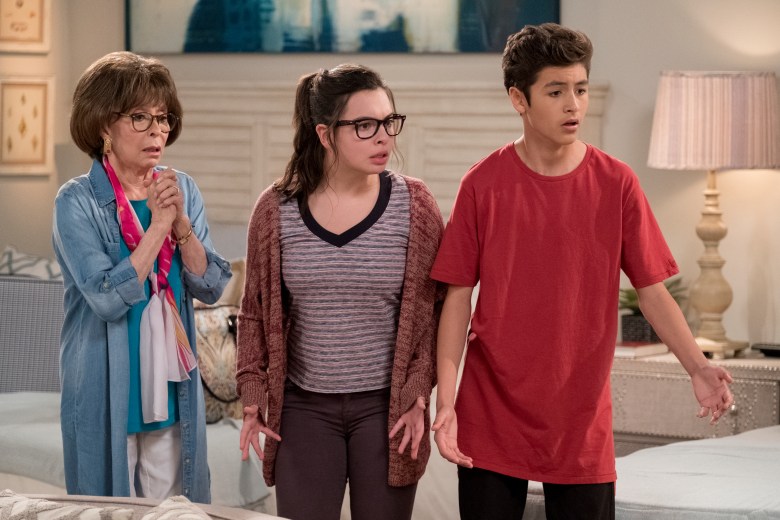 The season opens with “The Funeral,” which delivers some of this year’s most exciting guest stars, including theme song performer/legend Gloria Estefan facing off with Rita Moreno (you’ll never hear “Ave Maria” the same way again) and “Brooklyn Nine-Nine’s” Stephanie Beatriz and Melissa Fumero. In an inspired touch, Calderon Kellett also appears as Penelope’s doppelgänger Nicole (whose connection to the Alvarez family is a game-changer for the season). But ultimately, the story stays focused on the family and those in its immediate orbit. And while there is light, there is also darkness.

[Editor’s note: The following contains spoilers for the end of “One Day at a Time” Season 3.]

The series has explored adding filmic touches to the multi-cam style in years past, including fantasy sequences, and Season 3 continues to push the boundaries of what’s possible with the multi-camera format with Episode 9. “Anxiety” utilizes black-and-white cinematography as well as some great sharp cuts to capture Penelope’s anxiety attacks (which turn out to be contagious).

The finale also includes some fantasy elements featuring Tony Plana as Penelope’s charming (and deceased) father. But the most daring moments of the season are presented with no flourish, and put serious weight on the shoulders of Schneider (Todd Grinnell), whose previous status as a seemingly stable recovering addict goes the way these stories, both in fiction and in real life, often do.

Schneider’s relapse — how it’s set up, how it’s revealed, and how it affects those around him — is daring material thanks to its depth, seriousness, and the way the show layers it into the narrative. The fact that Victor (James Martínez) tells Penelope that Schneider has relapsed is followed by an episode entitled “Drinking and Driving” might trigger your own anxiety attack, because the show at that point has done such a good job of raising the stakes that real tragedy does feel like a possibility. 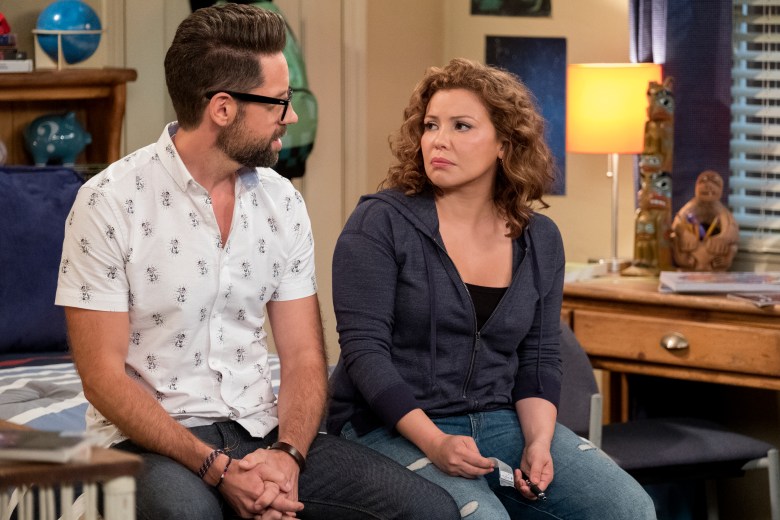 The fact that the “driving” and “drinking” storylines are separate might be a relief, but it’s still a dark half-hour for the show, thanks to a scene in which Alex discovers Schneider drunk in the living room — every reason why Victor was worried about him being around the kids is proven right. It might just be a shove, but it’s not, really, and the quiet intensity of the moment is the show at its darkest, but also its best.

It’s definitely not the case that, in considering “One Day at a Time” as a series, the thought would be “Oh, good, let’s make a major part of this show about a Cuban-American family about the rich white guy’s problems.” But once you get past that issue, the series proves itself to have a sophistication of storytelling on a level that many traditional sitcoms can only aspire to. Schneider’s story isn’t wrapped up with a bow, which is only right — after all, honest stories about addiction don’t have happy sappy endings. Instead, the show delivers an authentic and sincere depiction of the issue, especially when it comes to how addiction affects everyone in an addict’s life.

The darkness courted by the show proves to be incredible because of the catharsis that results; there’s something apt about a season that begins with a funeral and ends with a wedding. Not just a wedding, but a moment of long-awaited triumph for Penelope, as she comes to terms with where she is in life — what she has achieved, and what she still has to look forward to. Because in the long run, “One Day at a Time” is all about joy — taking joy in family, taking joy in life, taking joy in the best moments as well as the worst.

After Season 2, the series’ journey to renewal was notably rocky, with the creators at one point proving worried enough to actively ask the show’s fans to campaign another season. But Season 3 proves that “One Day at a Time” has the potential to go for years (especially after that season-ending cliffhanger in Cuba), and hopefully the numbers are good enough for Netflix to make the right decision much more quickly this time.

This Article is related to: Television and tagged Netflix, One Day At A Time, Reviews