Distributor Warner Bros. was taken aback by the film’s bloodshed and nudity, and shelved it for 18 months before unceremoniously dumping it in cinemas. 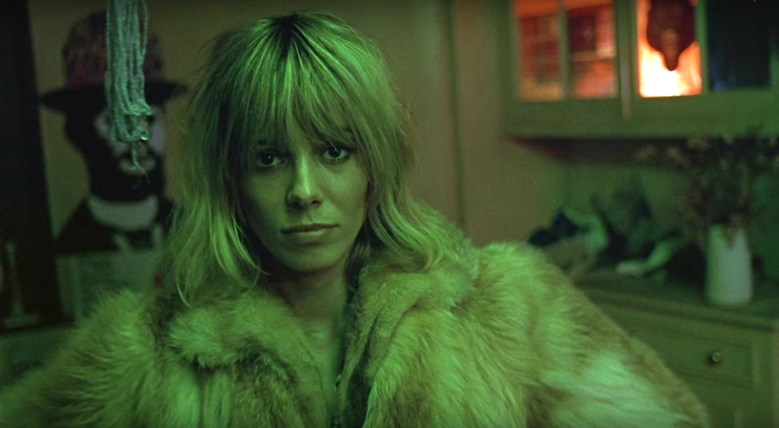 “Even the bath water was dirty.” According to director Nicolas Roeg, that was the reaction of an appalled Warner Bros. executive at a test screening of “Performance” in 1968, one that went so badly that even studio staff walked out. It was shelved for 18 months before being unceremoniously dumped into cinemas in 1970.

Fifty years later, it’s considered a classic. In his critically acclaimed Channel 4 documentary miniseries, “The Story of Film,” director and critic Mark Cousins said: “If any movie should be compulsory viewing for filmmakers, maybe this is it.” Co-directed by Roeg and Donald Cammell, “Performance” is sex, drugs, and rock ‘n’ roll distilled to its purest visual expression. And now, a new limited-edition coffee-table book from Coattail Publications, “Performance: The Making of a Classic,” goes down the rabbit hole and reveals new details about the movie and its 1968 production.

In a phone interview, the book’s author admitted that even he doesn’t wholly understand the film. “I’ve seen ‘Performance’ a hundred times and I’m still not sure I’m certain what happens in the second half,” said Jay Glennie, cofounder of Coattail Publications with Steve Wilkin. Glennie previously co-wrote a book about Roeg’s “The Man Who Fell To Earth,” starring another rock star, David Bowie.

In its simplest terms, “Performance” stars James Fox as Chas, a lean, mean gangster who, after proving a little too trigger happy, hides out in the decaying luxury of a London pleasure palace that houses Turner, a rock star portrayed by Mick Jagger. What follows is a lysergic nightmare — Bergman’s “Persona” as a midnight movie for the stoner set — as Chas and Turner appear to see their identities merge.

“Performance” never got a press junket, so most involved hadn’t gone on record to say much about it. But Glennie worked closely with Roeg (who died in November 2018) and Jagger to get, finally, the story of how “Performance” came to be.

Here’s a glimpse behind the beaded curtain of the movie that was too shocking for even the ‘60s.

Was It a Nicolas Roeg Film? 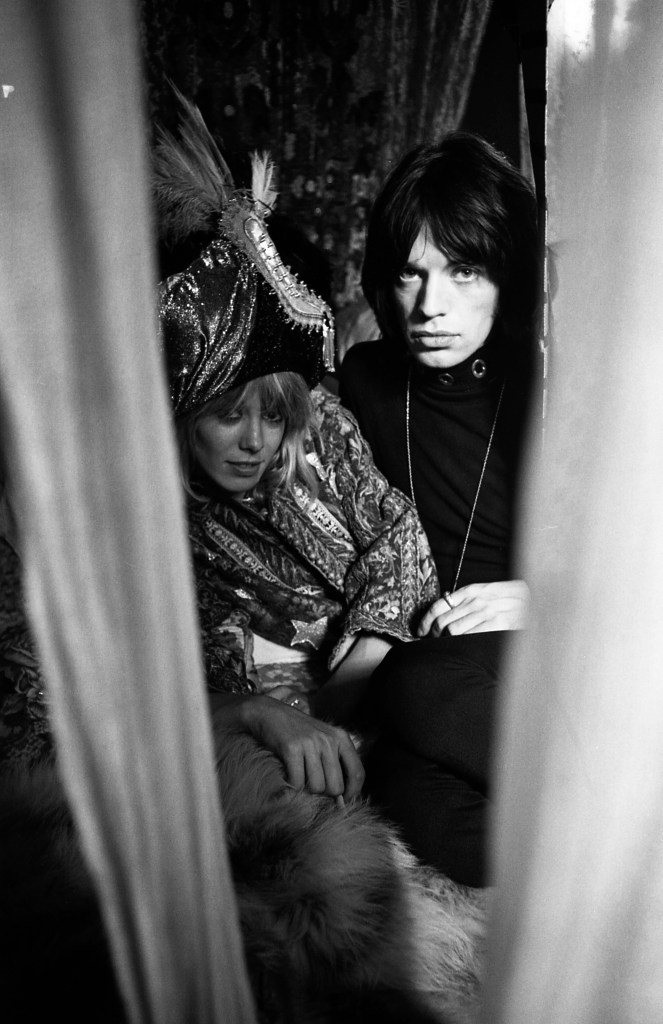 Mick Jagger was perfect as hedonistic rock star Turner; he brought a certain aristocratic aloofness as well as that famed Rolling Stones “menace” that suggested the gangster life. “[Co-director] Donald Cammell wrote the film, and he’s one of the first ever to recognize the similarities among aristocrats, gangsters, and rock stars,” Glennie said.

Cammell has often been overlooked in discussing “Performance” in favor of Roeg, who went on to have a legendary career as the director of “Walkabout,” “Don’t Look Now,” and “The Man Who Fell to Earth.” But Glennie stresses that Roeg always insisted “Performance” was a true co-production.

“Nic was going to take care of all the technical aspects of the film, and Donald was going to take care of all of the actors,” Glennie said. “But they ended up eating together, drinking together, smoking together, and yeah, it really was a shared production.” Cammell, who wrote the film and had the original idea for “Performance,” approached Roeg at a party about being his co-director because Roeg had worked as a cinematographer on Roger Corman’s “Masque of the Red Death” (and on “Doctor Zhivago,” before David Lean fired him). 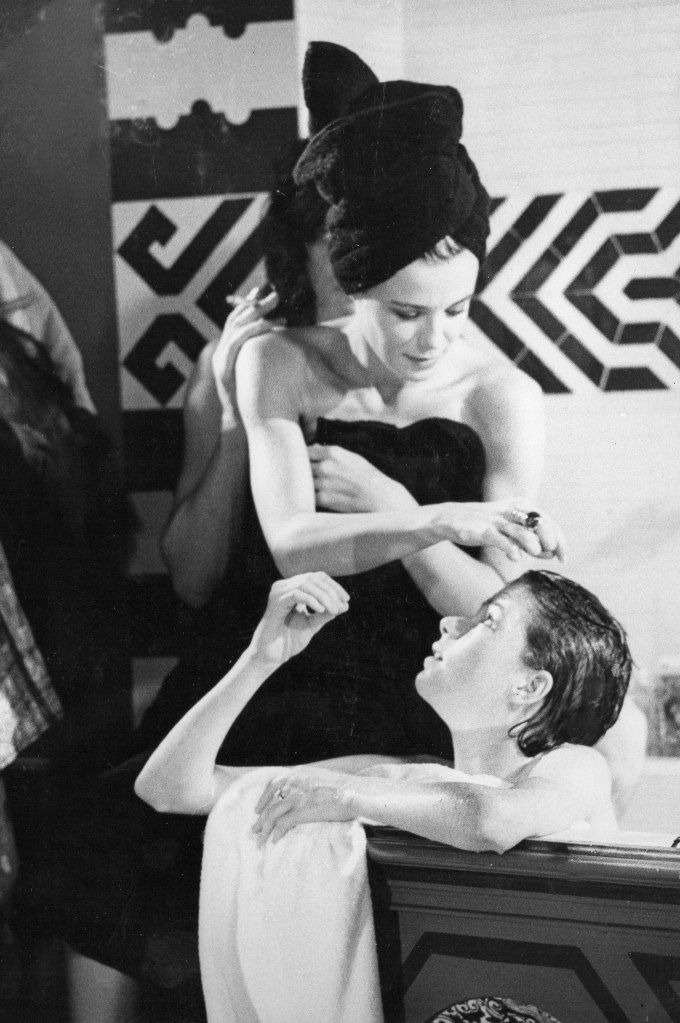 Anita Pallenberg, standing, makes a huge impression in “Performance” as Turner’s girlfriend. (Michèle Breton is in the bathtub.) Pallenberg was a German-Italian model who initially was the girlfriend of Rolling Stones founding member Brian Jones, who would die in 1969 at the age of 27 from complications of drug abuse. By the time she filmed “Performance,” Pallenberg was Keith Richards’ girlfriend; they stayed together until 1980 and had two children. She and her friend Marianne Faithfull both would later poke fun at their reputations of having been in the Stones’ orbit, even appearing together in a 2001 episode of “Absolutely Fabulous,” in which Faithfull played God and Pallenberg was the Devil. Pallenberg died in 2017 at age 75. 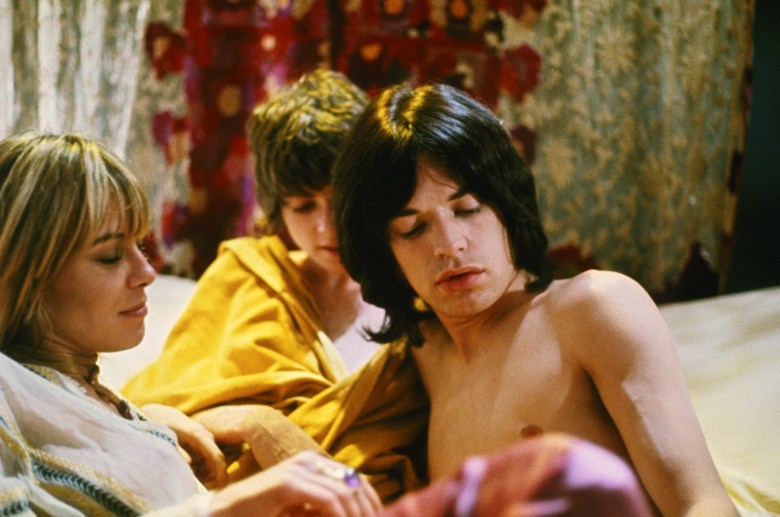 “I asked Mick how method the sex scenes were,” Glennie said. “And he gave me his famous laugh and said, ‘I’m sure you’re going to do your research, and I’ll just leave it to that.’ But a lot of the crew said they were really as naked as you could possibly get, the sex scenes. In fact, the only award ‘Performance’ ever won was when [producer] Sandy Lieberson took some of sex scenes and entered them into a pornography competition in Amsterdam and it won first prize. it was called the Wet Dream Film Festival and it won the One-Night Stand Award.” 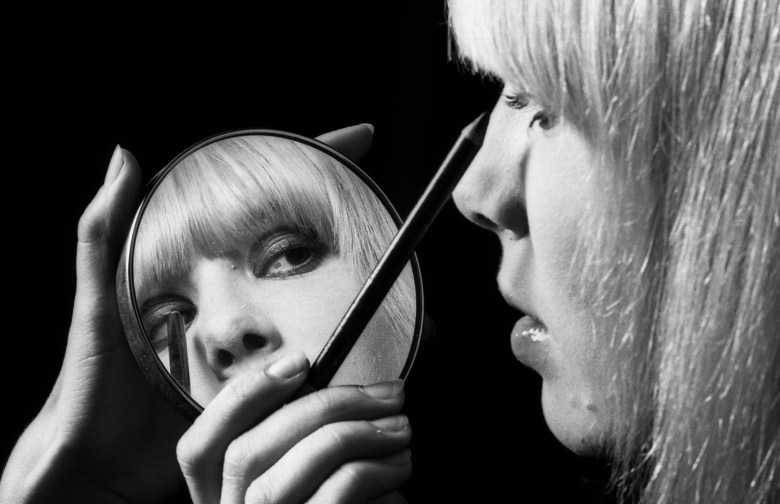 Michael Cooper took this on-set photograph of Pallenberg, which perfectly captures the film’s self-reflective nature as well as its use of mirrors and doppelgänger motifs. Debate still swirls about whether the turmoil depicted onscreen was mirrored in the actual production. Keith Richards wrote in his memoir, “Life,” that Pallenberg cheated on him with Jagger during the making of “Performance” — that those sex scenes were indeed unsimulated. “Donald liked to stir the pot and suggest that Jagger and Pallenberg were having an affair,” Glennie said. “I have no actual evidence that it happened, though.”

One Actor Actually Had Been a Gangster 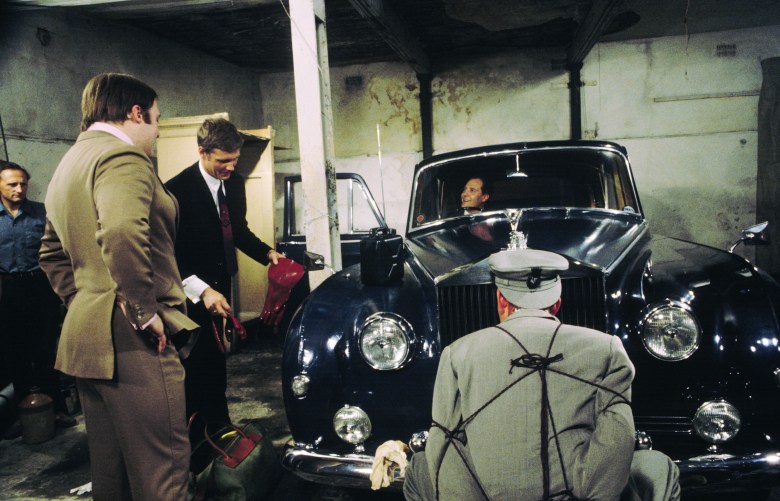 The main character “Performance” follows is Chas, a sinewy gangster who shakes down marks by shaving their heads or pouring acid on their beautiful cars. Fox himself was a former child actor and Eton schoolboy far removed from anything resembling the working-class milieus that spawned some of London’s more legendary gangsters, such as Ronnie and Reggie Kray, the murderous twins who became celebrities as West End nightclub owners in the ‘60s. (Tom Hardy played both Kray brothers in 2015’s “Legend.”) Fox spent time at London boxing clubs run by gangsters to immerse himself in this world. One of the actors who appears in the scene where Chas vandalizes the car with acid was John Bindon, who “was a real-life associate of the Krays,” Glennie said. “The scene in the movie was inspired by something that Bindon himself experienced.” 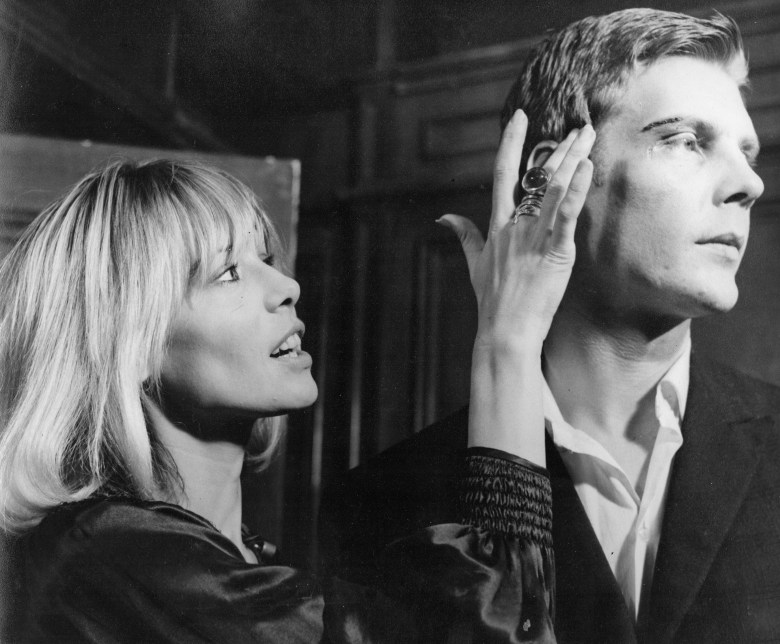 Fox became a born-again Christian right after production on “Performance” wrapped. He wouldn’t appear in another film until 1983’s “Runners,” aside from “No Longer Alone,” a 1978 religious drama about an experience from the life of Ruth Bell Graham and Billy Graham.

Fox was not Cammell’s first choice; he wanted Marlon Brando. “He and producer Sandy Lieberson had a few meetings with Marlon, one of them in Marlon’s hotel room with Marlon in bed, and Marlon said he was interested. So Donald did a rewrite that would turn this London gangster character into an American gangster on the run.” When Brando officially pulled out of the project, Fox ended up with the role.

John Lennon Lent His Car to the Production 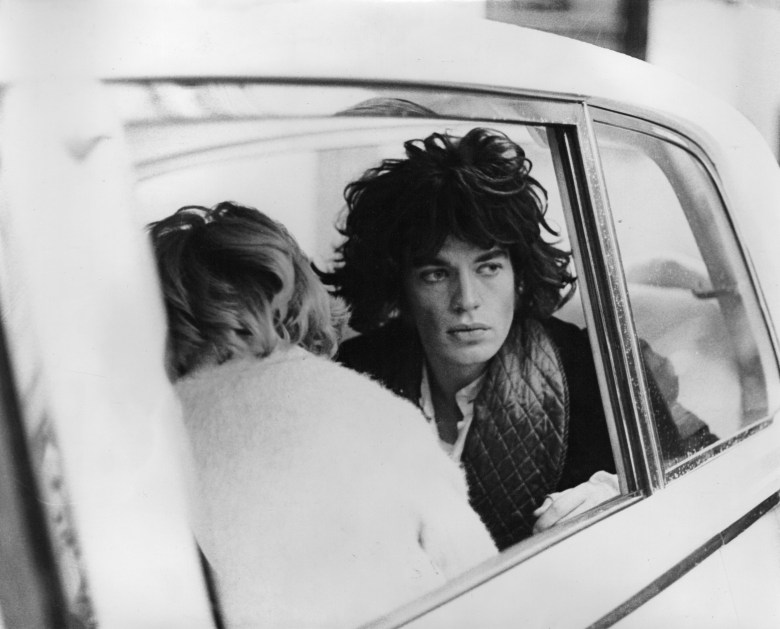 The famous ending of the film calls into question the nature of identity. Turner appears to have died, but instead we see him in the backseat of a Rolls-Royce — so was it Chas who really died?

The Rolls-Royce used in the scene actually belonged to John Lennon. “It had a TV and a phone, really ahead of its time,” Glennie said. “And Mick rung John up and said, ‘Look, could you lend us the Roller for a day’s shoot?’ ‘Yeah, sure.’ So he lent them that Roller.” 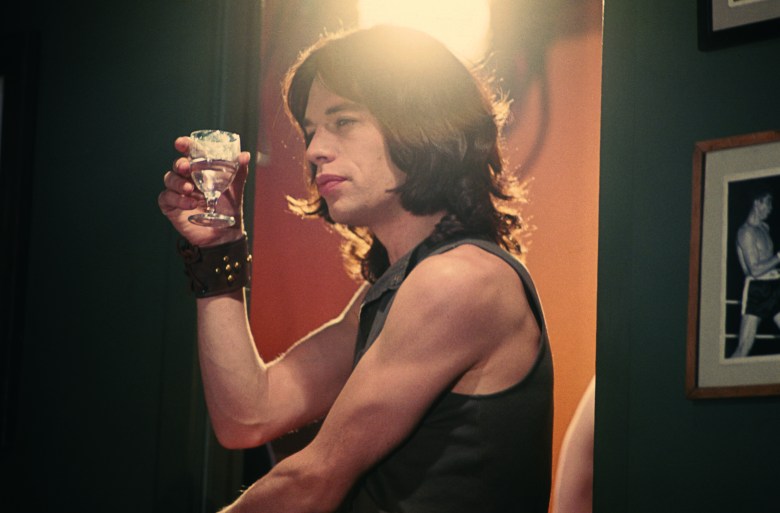 This shot from the last day of production came during a break while shooting Jagger’s performance of “Memo From Turner,” a hard-edged blues-rock song that appears near the end of the film. Jagger sings the song directly into the camera with slicked-back hair and a gangster’s suit. The sound reflects the style the Stones were beginning to pursue in 1968, as on their album “Beggars Banquet”: less psychedelic, more confrontational. The song itself was billed as a Jagger solo effort, however, and only appeared on the “Performance” soundtrack. Martin Scorsese would include “Memo From Turner” in “Goodfellas,” during the scene where Ray Liotta’s Henry Hill unsuccessfully tries to sell Robert De Niro’s Jimmy Conway pistol silencers.

Did Jagger See Himself in Turner? 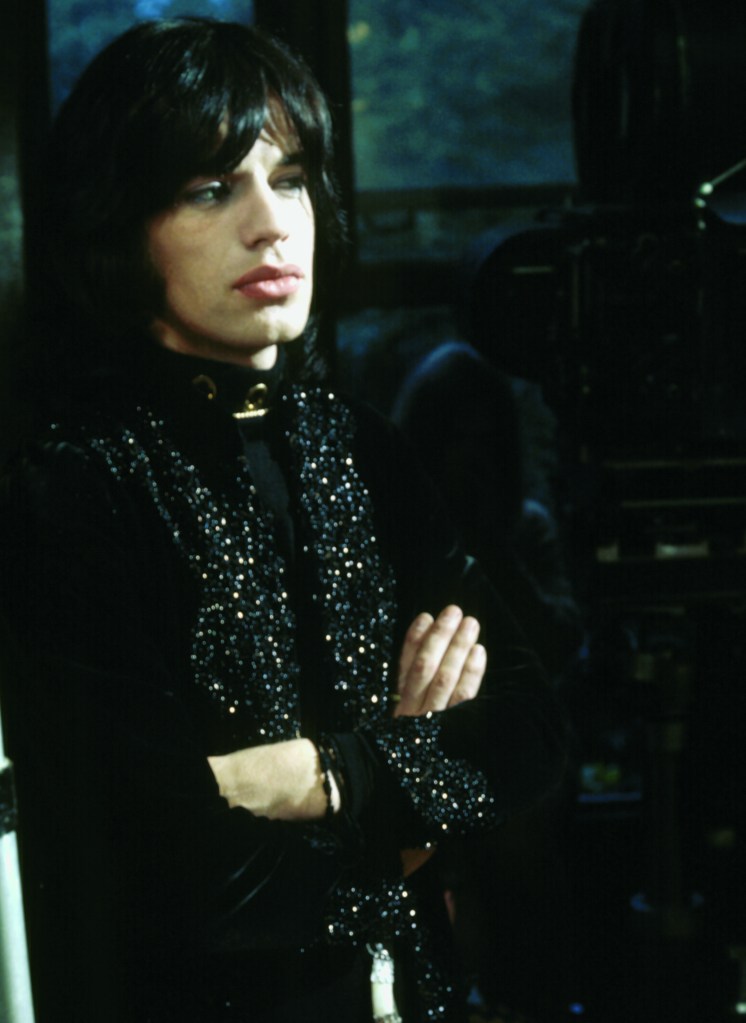 Glennie interviewed Jagger many times for this book. What’s the biggest misconception people have of him? “Perhaps his aloofness,” Glennie said. “A lot of people who saw ‘Performance’ tried to say Mick was like Turner and was this reclusive, eccentric rock star, and Mick always reiterated, ‘No, I’m nothing like that.’”

Finally Getting to Look Back 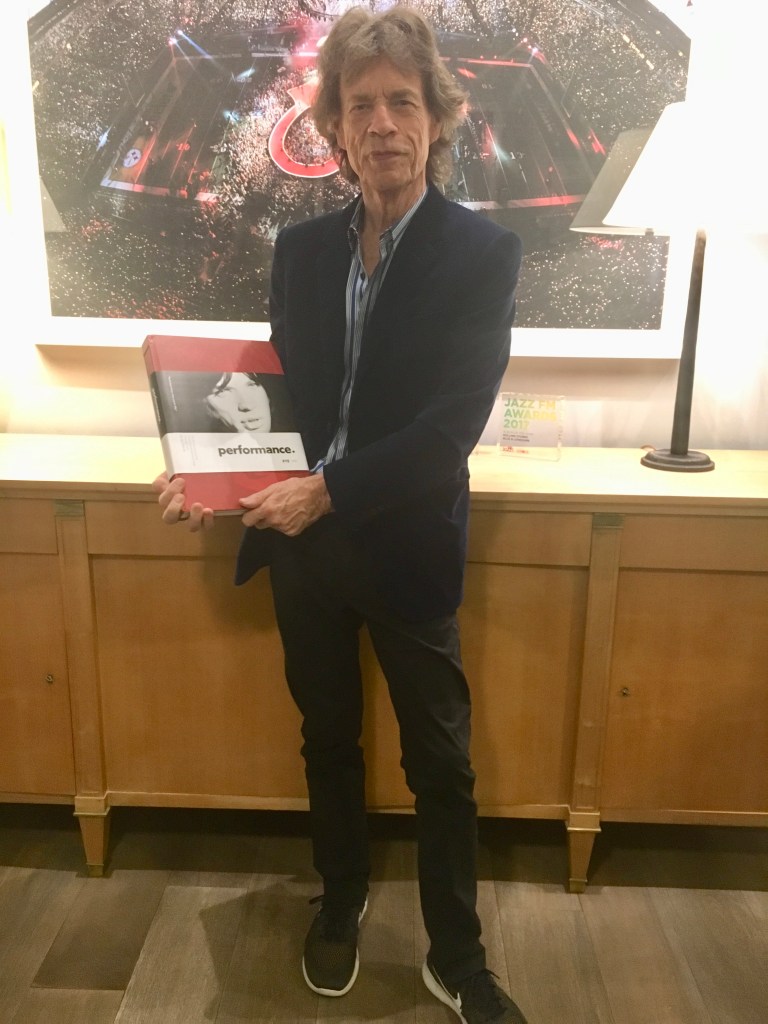 “Normally, a film wraps, and a couple months afterward they’re all contracted to do the press tour,” Glennie said. “But there was no press tour, with Warner Bros. holding the film back. So these guys had all gone their separate ways, and Mick never really had a chance to talk about it. Making ‘Performance,’ which he now regards as his favorite film he’s ever done, was something he really enjoyed doing, and by working with me on this book he wanted to show that 50 years later he’s still appreciative of it.” 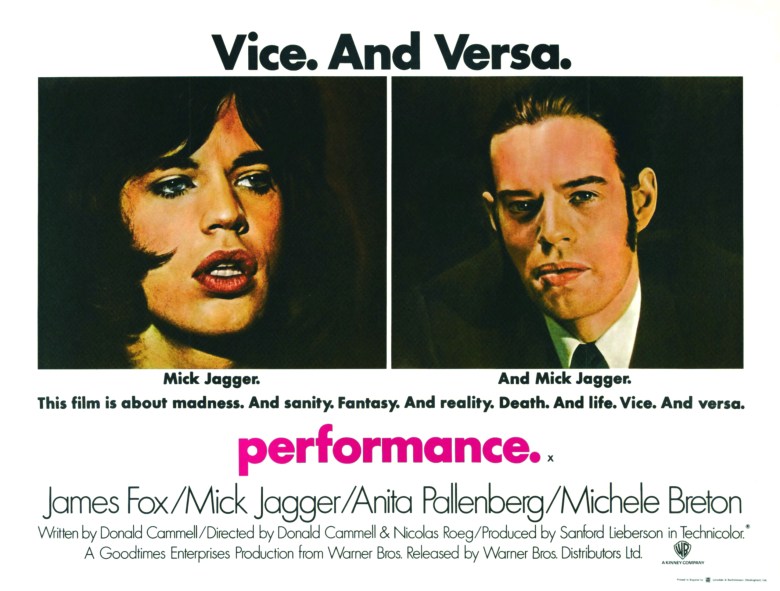 Cammell died of a self-inflicted shotgun wound in 1996. After “Performance,” his biggest success was the Julie Christie evil-computer movie “Demon Seed” from 1978.

Roeg went on to have a career revered by cinephiles. “Each of Nic’s films are like a fine wine, with a little brie perhaps,” Glennie said. “They’re not easy, and they don’t make the journey easy for you as a viewer. But there’s also something to learn and something to study.” After Roeg’s Roald Dahl adaptation “The Witches,” his career fortunes took a downturn as well. When Glennie asked Roeg what it felt like to have films he worked hard on not become hits, Glennie said Roeg responded: “‘It feels lonely. It feels incredibly lonely. Your name’s above the title and then when it isn’t a hit it just feels incredibly lonely.’”

At least “Performance” is now getting the spotlight it’s long deserved.

This Article is related to: Film and tagged Mick Jagger, Nicolas Roeg