Rami Malek is heading towards an Oscar for leading a Freddie Mercury biopic. Can Taron Egerton follow a similar path? 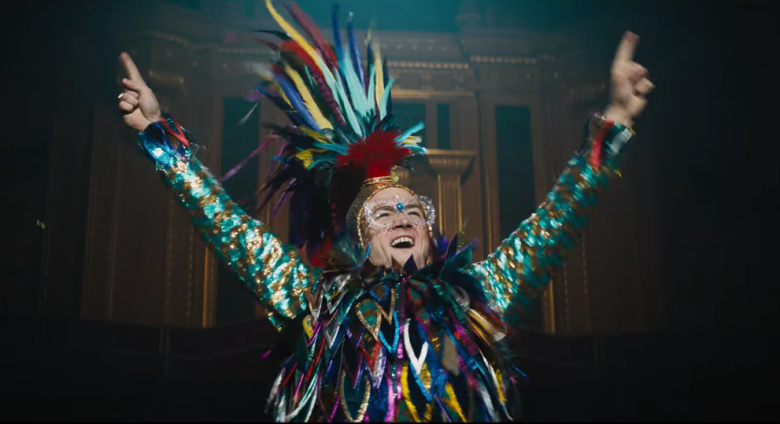 Following the blockbuster success of 20th Century Fox’s “Bohemian Rhapsody” (over $800 million worldwide), Paramount is surely hoping its upcoming Elton John biopic “Rocketman” follows down the same path to financial success. Similar to Queen frontman Freddie Mercury, Elton John is a beloved gay icon with the kind of massive global appeal that could break the bank big time for the music biopic.

“Rocketman” is being touted by Paramount as an “uncensored” look at John’s life in the years leading up to the release of his breakthrough 1972 album. The film attempts to upend the traditional biopic genre by including musical fantasy elements, which makes “Rocketman” look like the middle ground between “Bohemian Rhapsody” and “Across the Universe.” “Kingsman” favorite Taron Egerton stars as John, while Jamie Bell plays John’s music partner, Bernie Taupin, and Bryce Dallas Howard stars as John’s mother, Sheila Eileen. Fresh off his hit “Bodyguard,” Richard Madden plays John’s manager John Reid. The script was written by “Billy Elliot” playwright Lee Hall.

One thing “Bohemian Rhapsody” and “Rocketman” directly share is director Dexter Fletcher. The filmmaker helped finish production on “Rhapsody” after original director Bryan Singer was fired by Fox a few weeks before filming was set to wrap due to unruly behavior. And in directing “Rocketman,” Fletcher reunites with Egerton after the skiing drama “Eddie the Eagle.”

“Rocketman” should be a much needed hit for Egerton after the dismal box office reception of “Robin Hood” last fall. The actor performed all own his singing vocals in the film, which means fan will have to get used to hearing Egerton’s versions of John’s songs. According to film producer Giles Martin, John has said he hasn’t heard anyone sing his songs better than Egerton.

Paramount Pictures will release “Rocketman” in theaters nationwide May 31. Watch the official trailer below.