"Green Book" won Best Picture over "Roma," but a prevailing theory suggests it had everything to do with industry fears over Netflix. 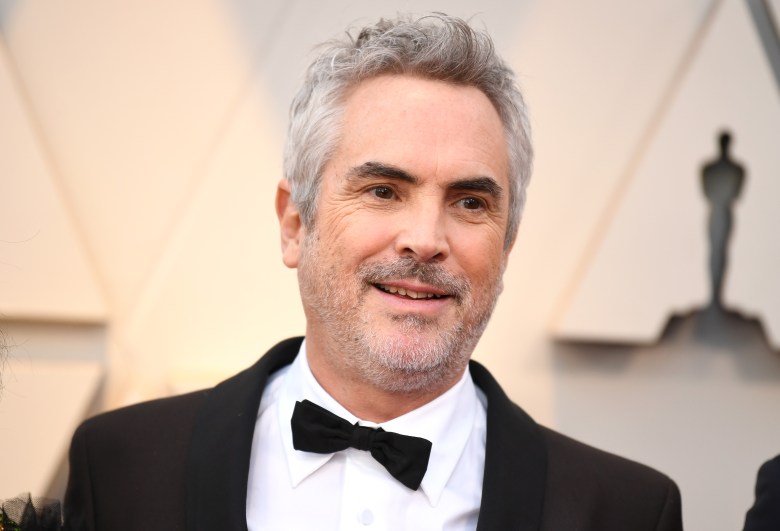 Did “Green Book” win Best Picture because it was beloved or because a majority of Academy members refused to give the Oscars’ top prize to a Netflix movie like “Roma”? That’s one of the biggest questions surrounding the 2019 Oscars. A prevailing theory among Oscar pundits is that Netflix fears cost “Roma” the Best Picture Oscar. Netflix might have broken with tradition to release “Roma” in select theaters three weeks before its streaming debut, but the company is still mostly viewed as a threat to movie theaters and the theatrical experience.

As IndieWire’s Anne Thompson reported after the Oscars, heavyweight Academy members such as Steven Spielberg are championing the theatrical experience over Netflix. Spielberg, who is an Academy Governor, championed “Green Book” throughout awards season as a vote for cinema itself. The director has been vocal about defending the theatrical experience and wanting Netflix movies to vie for Emmys instead of Oscars, and he’s hardly the only one in the Academy who has these opinions.

Per tradition, Variety spoke to this year’s Oscar winner for Best Director the morning after the Academy Awards. “Roma” director Alfonso Cuarón was this year’s recipient, and during the interview, he was asked specifically about the rumored Netflix blowback playing a part in his film losing the Best Picture Oscar to “Green Book.” Cuarón said Netflix backlash is real in the industry, but he argued that “Roma” was playing an important role in shifting that conversation.

“In the beginning, when I started this process, I felt that [blowback],” Cuarón said. “I had friends and other filmmakers say, ‘What are you doing?’ It was almost as if I was betraying something. But I think the conversation has changed. I think most people are recognizing that this film is reaching audiences worldwide in a way that usually only mainstream films do.”

Cuarón argued that any Netflix blowback that exists in the industry should make everyone get more self-reflective and realize the need for “greater diversity in how we release our films.” As Cuarón told IndieWire before the “Roma” premiere at the Venice Film Festival last August, the main reason he went to Netflix in the first place was because there was no other platform that would globally release a black-and-white, Spanish-language drama featuring a cast of mostly unknown actors.

“Distribution models need to be more flexible, depending on the film,” Cuarón said. “You cannot impose the release strategy of a tentpole film on a smaller film. You may need fewer theaters and longer runs or models in which the so-called window is shorter. We’re thinking in one single paradigm. It’s a moment to start opening up paradigms. Right now it’s a confrontation between economic models. It’s not like one model benefits cinema, and the other does not.”

Despite losing Best Picture, “Roma” still had a strong showing at the Oscars with wins for Best Director, Best Cinematography, and Best Foreign Language Film. Cuarón made history by being the recipient of all three Oscars himself. “Roma” is now streaming on Netflix.

This Article is related to: Film and tagged Alfonso Cuarón, Donald Trump, Roma