Bad news for anyone who is still having nightmares over "Hereditary." 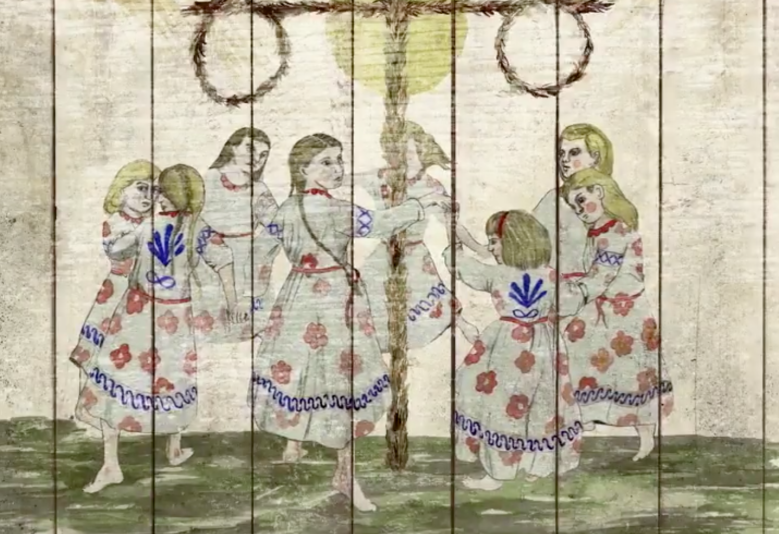 There’s nothing blatantly scary about the teaser announcement for A24 and Ari Aster’s “Midsommar” (embedded below), and yet the involvement of the “Hereditary” writer-director is enough to make the motion graphic feel incredibly terrifying. “Midsommar” will be Aster’s first directorial effort since “Hereditary” earned critical acclaim and terrified audiences last year. A24’s announcement confirms the film is still on course to be released in 2019.

As Aster describes it, the film is a slice of “Scandinavian folk horror” that centers around a couple who visit they friend’s rural hometown in Sweden. The couple is traveling to attend the town’s legendary mid-summer festival, but their trip devolves into an increasingly violent and bizarre competition at the hands of a pagan cult.

Aster has also referred to the film as an “an apocalyptic breakup movie” where the “recent death of the main character’s parents casts a sense of dread over the proceedings.” A24’s announcement graphic below features a group of girls dancing around a maypole. As the 15-second clip progresses, flowers get painted onto the girls’ dresses. Anyone confusing the red flowers with blood probably isn’t too far off from what to expect from the movie.

Aster has assembled an impressive ensemble cast featuring some of the best rising actors in the business. Florence Pugh, who broke out in “Lady Macbeth” and currently stars in “Fighting With My Family,” stars opposite Jack Reynor and Will Poulter. The supporting cast includes Vilhelm Blomgren, William Jackson Harper, and Ellora Torchia. Aster has said the film will be his last horror effort for awhile.

“That is the only other horror movie I have,” the director said last year. “And I’m pretty sure that’s going to be it for a long time. I love the genre, I consider myself a genre filmmaker in that I want to play in every genre. I would love to make a musical. I have 10 other scripts that I’ve written that I want to make and there are other things I have. I’m writing a sci-fi film and there are at least four or five movies that I have ready to go that I am excited about making that I’d like to do in succession.”

A24 will release “Midsommar” in theaters later this year.

This Article is related to: Film and tagged A24, Ari Aster, Sommer