He received a Lifetime Achievement Award in 1998. 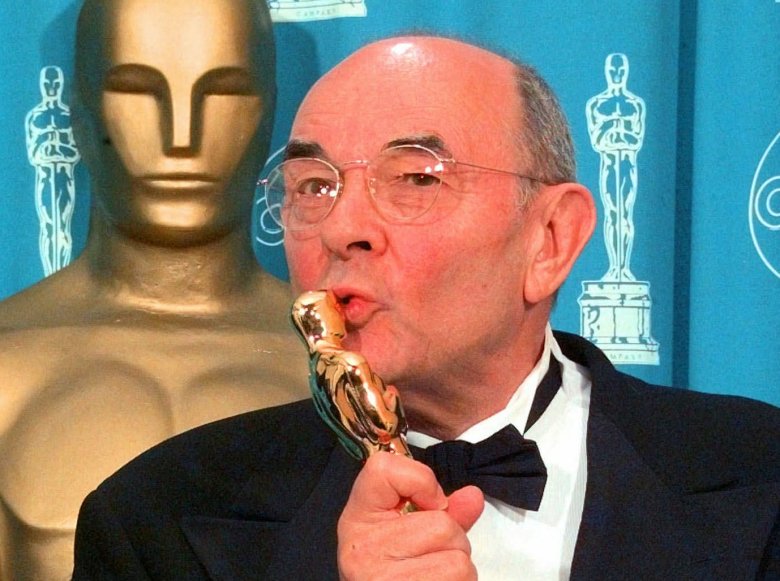 Like a lot of great filmmakers, Stanley Donen never won a competitive Academy Award — or even got nominated for one. But the “Singin’ in the Rain” and “Charade” director, who died this morning at 94, did receive an honorary Oscar for Lifetime Achievement in 1998. Presented by Martin Scorsese, it was emblematic of Donen’s vibrant spirit — and, apropos of his career, featured a musical interlude.

“Marty, it’s backwards, I should be giving this to you, believe me. And I want to thank the Board of Governors for this cute little fella which to me looks titanic,” he said before launching into song (the Titanic reference was a nod to how this was the night James Cameron’s film would win 11 Oscars). “Tonight, words seem inadequate. In musicals that’s when we do a song, so…”

“Heaven, I’m in heaven,
and my heart beats so that I can hardly speak,
and I seem to find the happiness I seek,
when we’re out together dancing cheek to cheek.”

Donen continued, “I’m going to let you in on the secret of being a good director. For the script you get Larry Gelbart, or Peter Stone, or Huyck and Katz, or Frederic Raphael — like that. If it’s a musical, for the songs you get George and Ira Gershwin, or Arthur Freed and Herb Brown, or Leonard Bernstein and Comden and Green, or Alan Lerner and Fritz Loewe — like that.”

“Then you cast Cary Grant, or Audrey Hepburn, Fred Astaire, Gene Kelly, Sophia Loren, Richard Burton, Rex Harrison, Gregory Peck, Elizabeth Taylor, Burt Reynolds, Gene Hackman or Frank Sinatra — like that,” he said. “When filming starts you show up and you stay the hell out of the way. But you’ve got to show up, you’ve got to show up. Otherwise you can’t take the credit and get one of these fellas. Thank you very much.”

This Article is related to: Film and tagged Oscars, Stanley Donen