102 accredited Sundance critics and journalists participated in the survey, which had very different results from this year's grand jury prizes. 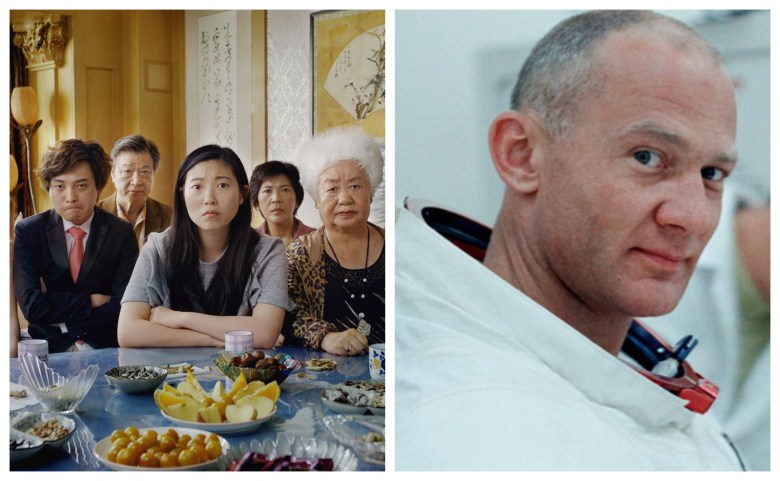 Sometimes, the jury gets it wrong: Lulu Wang’s “The Farewell” didn’t win any prizes at the end of the 2019 Sundance Film Festival, but critics had other ideas. The writer-director’s second feature topped IndieWire’s annual survey of the best films of the festival, while Wang also came in first for best director and best screenplay. Similarly, Todd Douglas Miller’s “Apollo 11” was overlooked by the Sundance jury but topped the best documentary category in IndieWire’s survey.

102 accredited Sundance critics and journalists participated in the survey, a dramatic increase from the 32 who participated in 2018, when Josephine Decker’s “Madeline’s Madeline” was voted best film.

Once again, the winning narrative feature was a genuine Sundance breakout. Wang’s drama draws from her own real-life experiences (and an episode of “This American Life”) when she traveled to China to visit her grandmother, while her family kept the older woman in the dark about her terminal illness. Awkwafina stars in the movie and received some of the best reviews of her career to date.

“Apollo 11” revisits the 50th anniversary of the first moon landing with dazzling archival footage surrounding the buildup to the mission as well as the landing itself. Many critics praised the movie for taking full advantage of the big screen experience.

Unlike some Sundance highlights, both films finished the festival with distribution: “Apollo 11” was acquired by Neon prior to the festival, while “The Farewell” was acquired by A24 shortly after its premiere. A24 also came into the festival with British auteur Joanna Hogg’s “The Souvenir,” which won the World Dramatic Competition category and came in second place for best film in this survey. In the documentary category, the second-place slot went to “Knock Down the House,” a celebratory look back at the 2018 midterms, including the breakout success of Alexandria Ocasio-Cortez. That film was acquired by Netflix during the festival.

Among the top five finalists across four categories, critics showed sizable support for many of the festival’s most popular entries, including several of the biggest sales titles (“Blinded By the Light,” “Late Night,” “Honey Boy,” and “Luce”). And while the dramatic grand jury prize winner “Clemency” didn’t top any categories, critics still showed plenty of support for the taut drama, which stars Alfre Woodard as a morally conflicted prison warden. Filmmaker Chinonye Chukwu, the first black woman to win the festival’s top narrative prize, cracked the top five in the best director category, as did “The Last Black Man in San Francisco” director Joe Talbot, who was also awarded by the Sundance jury.

As usual, the top films only tell a small piece of the Sundance story. Check out the finalists in all categories below and the full list of participating critics on the next page. For more Sundance coverage from the past two weeks, visit IndieWire’s 2019 Sundance bible here.

Visit the next page for the full list of participating critics.

This Article is related to: Film and tagged Apollo 11, Sundance, The Farewell