Exclusive: The yearly celebration of cinematic nonfiction will feature four big premieres, Sundance breakouts, and "Nathan for You." 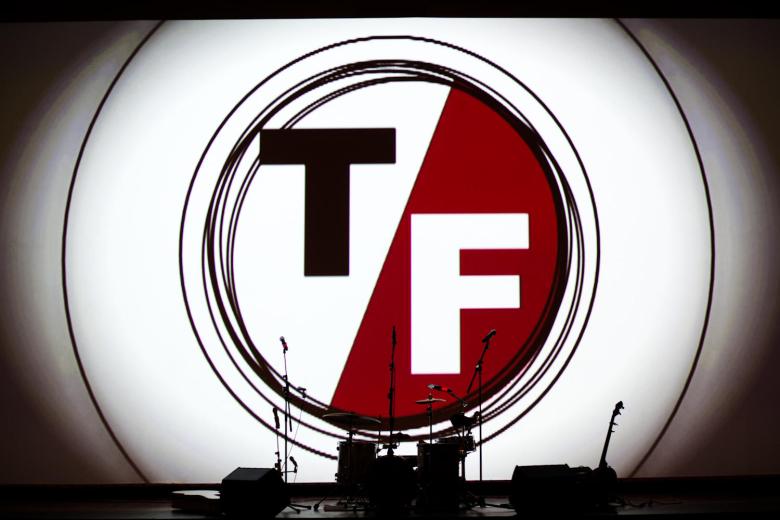 The organizers of the True/False Film Fest, taking place in Columbia, Missouri, on February 28 to March 3, are announcing their lineup exclusively to IndieWire. The 36 feature films and 18 short films (full list below) were culled from “roughly” 1,100 submissions.

Among the 36 new features, four of the films announced are world premieres. “The Hottest August,” is from director Brett Story (“The Prison in Twelve Landscapes,” T/F 2016) and explores the anxieties of a “sweltering” New York City. “Midnight in Paris,” the directorial feature debut from Roni Moore and James Blagden, follows the Flint Northern High School’s senior class of 2012 as the Michigan students prepare for prom. Brazil-based filmmaker Maíra Bühler will screen “Let it Burn,” described as a tender portrait of addicts housed in a converted hotel in São Paulo’s notorious Cracolândia neighborhood. And the fourth T/F world premiere is director Jeffrey Peixoto’s exploration into what attracts members to the Church of Scientology in “Over the Rainbow.”

Now in its 16th year, the documentary film festival that prides itself on showing films that use and push the form, has been known to screen films that aren’t traditionally categorized as nonfiction (last year “The Rider” and “American Animals”). This year is no exception with a special screening of “Finding Frances,” the much discussed series finale to the Comedy Central series “Nathan For You.” True/False will screen for the first-time a theatrical cut of the finale and following the screenings, star and director Nathan Fielder will present never-before-seen footage. 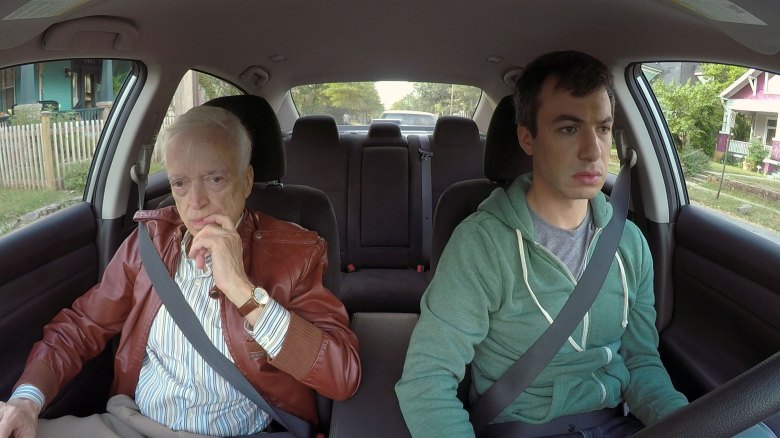 11 films, including Olivier Meyrou’s “Celebration,” about legendary fashion house Yves Saint Laurent, will make the U.S. Premiere at this year’s True/False. Meanwhile, the festival landed a number of the most discussed titles that premiered at Sundance last week: “Knock Down the House,” “One Child Nation,” “Apollo 11,” and “American Factory,” “Cold Case Hammarskjöld,” “Mike Wallace Is Here,” “Midnight Traveler,” “Untitled Amazing Johnathan Documentary” and “The Edge of Democracy.”

This year’s festival was programmed by Abby Sun, Amir George, Chris Boeckmann, and Paul Sturtz. The 2019 schedule will be announced at 5pm CST Saturday, Feb. 9. 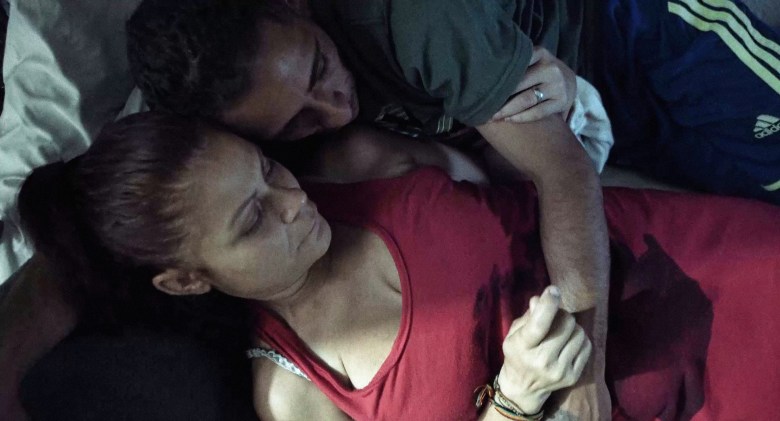 “Amazing Grace”: At peak stardom, Aretha Franklin goes back to her family’s gospel roots, live-recording at a Baptist church while backed by a famed community choir.

“Caballerango”: Dir. Juan Pablo González; 2018; 60 min.
A haunted look into the soul of a rural Mexican town in the wake of the death of a horse wrangler.

“Celebration”: Dir. Olivier Meyrou; 2018; 73 min.
A disquieting peek behind the wardrobe of Yves Saint Laurent, the most distinguished couturier of the last century.

“Cold Case Hammarskjöld”: Dir. Mads Brügger; 2019; 123 min.
This engrossing gonzo film starts as a hell-bent investigation of the death of the U.N. secretary-general in 1961 then takes on long-lingering mysteries on the African continent.

“The Edge of Democracy”: Dir. Petra Costa; 2019; 120 min.
Petra Costa’s personal take on the coup that remade Brazil ignites a signal flare for those who live in so-called stable democracies. Presented by The Kinder Institute on Constitutional Democracy

“The Grand Bizarre”: Dir. Jodie Mack; 2018; 61 min.
A colorful tour of the world’s great textile traditions and a celebration of the pattern language of human inventiveness. “Knock Down the House”: Dir. Rachel Lears; 2019; 85 min.
Alexandria Ocasio-Cortez headlines a group of insurgent politicians and tireless activists taking on The Establishment.

“The Magic Life of V”: Dir. Tonislav Hristov; 2019; 85 min.
Veera becomes the hero of her own story by using LARPing (live-action role-playing) to escape and transcend her difficult everyday life.

“Midnight Traveler”: Dir. Hassan Fazili; 2019; 87 min.
Armed only with cellphone cameras, Hassan Fazili and his family flee from the Taliban, capturing every step of their high-stakes search for a new home.

“No data plan”: Dir. Miko Revereza; 2019; 70 min.
The American road movie is renewed by a director whose undocumented mom carries two phones, one solely for calls regarding immigration.

“Over the Rainbow”: Dir. Jeffrey Peixoto; 2019; 71 min.
Director Jeffrey Peixoto meets active members of the Church of Scientology in a mesmerizing exploration of our attraction to radical religion.

“Reason”: Dir. Anand Patwardhan; 2018; 235 min.
Legendary director Anand Patwardhan puts his life on the line in this tenacious, incisive response to the rise of Hindu nationalism.

“Dramatic and Mild”: Dir. Nastia Korkia; 2018; 6 min.
After waiting in a long line to get into the the exhibition of a Kandinsky painting that has finally been returned to Moscow, would-be viewers are surprised by a peculiar security guard.

“Due”: Dir. Riccardo Giacconi; 2017; 17 min.
A nightmarish exploration of Milano Two, a “ghetto for the rich” created by disgraced former Italian Prime Minister Silvio Berlusconi as an early experiment in mind control.

“every dog has its day”: Dir. Alison Nguyen; 2019; 6 min. Cult-produced media and religious iconography crash in this heterogenous essay film.

“Fainting Spells”: Dir. Sky Hopinka; 2018; 11 min. The ethnopoetic journey of an imagined myth for the Indian Pipe Plant used by the Ho-Chunk to revive those who have fainted.

“Ghosts of Sugar Land”: Dir. Bassam Tariq, 2019; 21 min. A group of Southeast Asian Muslim friends from Sugar Land, Texas, outside of Houston, gets rocked by a young convert named Mark.

“Goodbye Thelma”: Dir. Jessica Bardsley, 2019; 14 min. A chilling stunner about the fear of men and the outdoors, transforming the 1991 movie Thelma & Louise for its own purposes.

“The Harvesters”: Dir. Derek Howard; 2018; 6 min.
Three Maasi men from Kenya show us how to stage and harvest honey from a tall tree in this collaborative ethnography.

“I Signed the Petition”: Dir. Mahdi Fleifel; 2018; 10 min.
After agonizing over his act of signing a petition asking Radiohead not to play in Tel Aviv in support of the Boycott, Divestment, and Sanctions Movement against Israel, the director calls an acerbic and honest friend for advice.

“Lasting Marks”: Dir. Charlie Lyne, 2018; 14 min.
A group of gay men and their consensual acts in an abandoned watch tower become a cause célèbre in 1980s England.

“The Lost Head and the Bird”: Dir. Sohrab Hura; 2018; 10 min.
Celebrated photographer Sohrab Hura combines an uncanny short story with an ingeniously paced edit of his own photographs and salvaged images of India’s rising violence.

“The Men Behind the Wall”: Dir. Inés Moldavsky; 2018; 28 min.
A surprising series of portraits of Palestinian men from an Israeli director who found her subjects through Tinder.

“Vesuvius at Home”: Dir. Christin Turner; 2019; 14 min.
A fantastical spiral of time from the filmmaker’s re-enactment of a false Pompeii, from her 25-year fascination.

“Walled/Unwalled Dir. Lawrence”: Abu Hamdan; 2018; 20 min.
A piercing performance that takes down the impenetrability of walls and borders through sound.

This Article is related to: Film and tagged Documentaries, Nathan for You, True/False Film Fest