The two stars also tell IndieWire about learning to use guns for the Netflix original series. 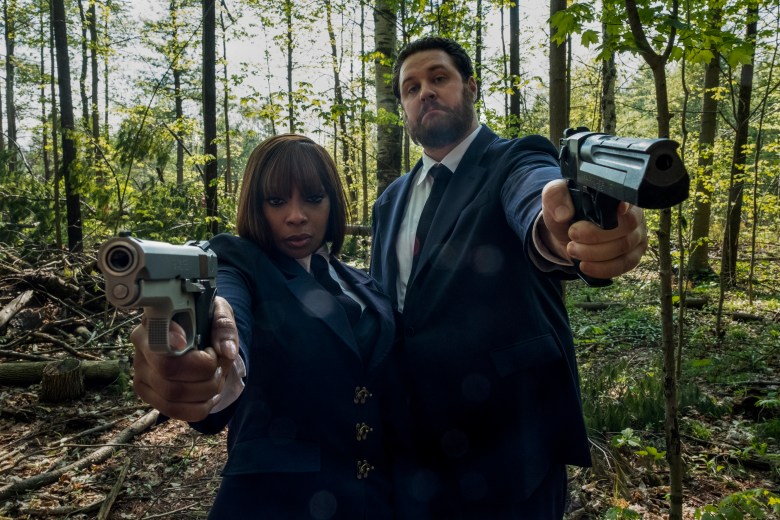 In 2018, Mary J. Blige was nominated for two Oscars. Cameron Britton received his first Emmy nomination. And that’s why the “Mudbound” and “Mindhunter” stars chose to follow up those roles by playing time-traveling assassins on the Netflix original series “The Umbrella Academy.”

Blige agreed, saying that the role of Cha Cha was the kind of role she’d always wanted to play. “I wanted to play a super badass. I already played the mother, and I could play the mother 10 more times, but I needed to do this. I need to do this so I can get it out of my system, and then do it again,” she said.

As Cha-Cha and Hazel, the two actors got to spend time developing skills beyond their ability to disappear into their characters: specifically, the martial arts and gun training necessary to pull off the heavy-duty action scenes.

“Everything about her was a challenge for me, but it was something I wanted to do, so I just dove right into it,” Blige said. “The martial arts was so much fun and the guns were fun. I mean, just to find out that you could pull the trigger that easy was enlightening — and how much you had to respect the weapon. That was a lot and it was great for me. I did not know that much about guns.” 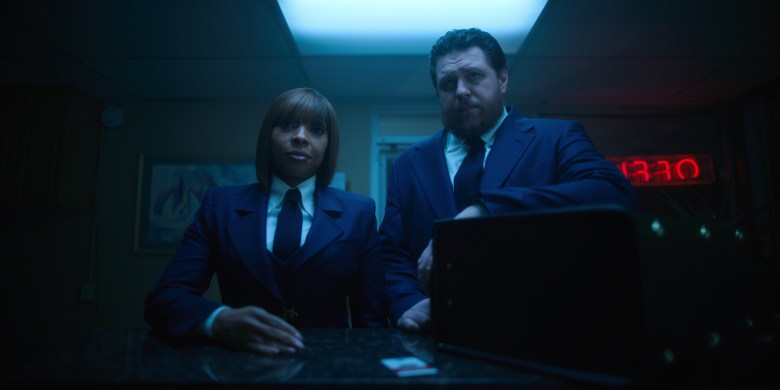 Britton added that “I wish all guns had blanks, and that’s all we shot out of guns, because then I’d recommend that everyone has as many guns as they can. Just wandering around with that big loud sound exploding, and the force of it, is a blast. To shoot all these weapons — we would trade weapons, talking about them. I liked all that part.”

Britton said his favorite gun was Cha Cha’s MP 40 submachine gun, while Blige said that she “liked the shotgun — I dreamt about it.”

Not all of the guns were favorites, as Britton said: “I had the Desert Eagle [handgun] and that is the best acting I’ve ever done in my life, because I had to pretend like I liked shooting that giant cannon. It was the loudest.”

“It was so loud,” Blige agreed.

“I tried to act tough,” Britton continued, “they said, ‘hey, get some earplugs while you shoot this gun during the scene,’ and I would say ‘I do not need any ear plugs,’ and acting all cool while shooting my gun. Then, they gave me a Desert Eagle and said, go ahead and test it out, and I took one shot and turned around and said ‘Can I have some ear plugs?’ That thing is terrifying — are you trying to take down a frickin’ tank? Jesus.”

When they were initially paired up for the show, both admitted to being nervous about working with each other. Blige said that “I was nervous because I have seen ‘Mindhunter’ and I was like, oh shit. So being left alone for the first couple of times I was like — he didn’t know, but I was ready to jump out of my skin and jump out of the car while he was sitting in the car.” 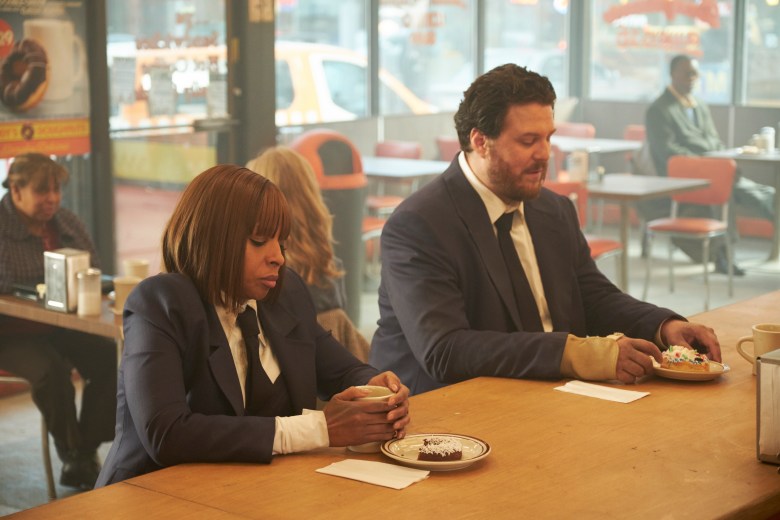 “But then I started seeing him every day and saw that he was such a teddy bear and then I was like oh, okay. It was going to be hard for me to be Cha Cha if I was scared,” Blige added.

On Britton’s side, his unease was due to Blige’s success: “I was meeting a big star — also, I’m about to spend months upon months with someone I’ve never met. A lot of set life for actors is waiting for [the crew] to be ready — so you’re just sitting in chairs next to each other. What if it’s awkward? What if we just sit in silence?” he said. “But Day 1, we were cracking up… We gave each other space, but it just felt cool to keep hanging and then the character themselves, it was fun to grow them in the scenes, and learn their dynamics.”

By the end of the season, Cha Cha and Hazel’s partnership is effectively over, but the events which led them in that direction was part of the show’s charm for Britton. “I really got drawn to it because it was so unique,” he said. “I got drawn to doing a bad guy who is just not a typical bad guy, and he doesn’t work how bad guys work. Bad guys always enjoy being bad and they always know what they’re about, and I don’t think Hazel realizes he is a bad guy, but when he does realize that, it changes his course and his life, which again is something uncommon.”

“The Umbrella Academy” Season 1 is streaming now on Netflix.

This Article is related to: Television and tagged Cameron Britton, Mary J. Blige, The Umbrella Academy