Why yes, Hammer cracks a smile every time Timothée Chalamet shows up on screen. 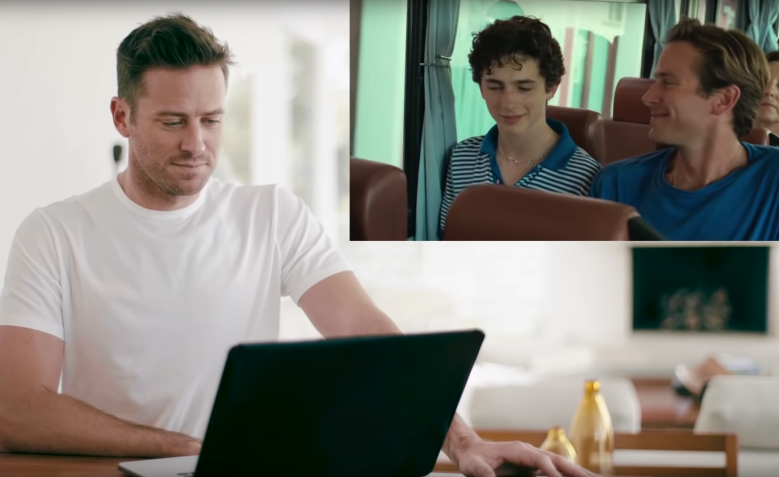 “Call Me By Your Name” may have been the talk of Oscar season 2017-18, but its popularity continues to endure through 2019. Case in point: Armie Hammer is the cover star of British GQ’s March 2019 issue, and much of the interview is devoted to his role in Luca Guadagnino’s beloved gay romance, and not any of his more recent projects. GQ even got Hammer to sit down and be recorded while he watches select scenes from “Call Me By Your Name,” and the results are as charming as one might expect. And yes, the actor cracks a smile every time Timothée Chalamet shows up on screen.

Since starring in “Call Me By Your Name,” Hammer has gone on to appear in “Sorry to Bother You” and “On the Basis of Sex.” Upcoming releases for the actor include “Hotel Mumbai,” the terrorism drama in which he stars opposite Dev Patel. The film opens March 29 from Bleecker Street. Hammer recently attended the Sundance Film Festival, where he world premiered the Babak Anvari-directed horror film “Wounds.” Amidst all these new projects, Hammer has remained optimistic about a “Call Me By Your Name” sequel.

“The only thing I want to see is I want to see it happen,” Hammer told Variety last September. “I want to do it again. I miss the whole crew. It was such a special time. It was such a collaborative, unique, and totally immersive filming experience that I never really had, nor since. If we get to do another one, I’ll feel really lucky.”

Chalamet has been just as positive about getting the “Call Me By Your Name” team back together for the sequel. “I don’t see any world where it doesn’t happen,” the Oscar nominee told Time last year. “I think [author Andre Aciman] is comfortable with a sequel being made. I know Luca [Guadagnino] really wants it. And I know Armie and I are 1000% in.”

Watch Hammer watch “Call Me By Your Name” and provide some of his own commentary in the GQ British video below.

This Article is related to: Film and tagged Armie Hammer, Call Me By Your Name, Timotheé Chalamet