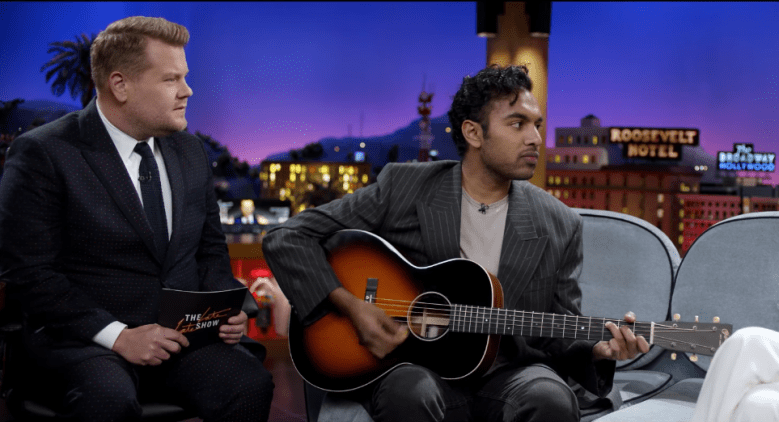 What would happen if you woke up one day and suddenly you were the only person with any recollection of The Beatles? That’s the scenario dreamed up by screenwriter Richard Curtis and director Danny Boyle for the upcoming musical comedy “Yesterday.” Universal Pictures has debuted the official trailer for the movie and it suggests the company could have a major counter-programming hit on its hands this summer.

“Yesterday” stars newcomer Himesh Patel as a struggling singer-songwriter named Jack who wakes up from a freak bus accident to discover The Beatles have never existed. Jack is the only person on the planet who remembers The Beatles and his music career skyrockets when he begins playing the songs made famous by John Lennon, Paul McCartney, Ringo Star, and George Harrison. The supporting cast includes Kate McKinnon as Jack’s music agent and Lily James as Jack’s childhood best friend, plus Ana de Armas and Lamorne Morris.

While British moviegoers may know Patel from his role on the BBC soap opera “EastEnders,” the actor’s role in “Yesterday” will surely be a breakthrough for him in Hollywood. “Yesterday” is Boyle’s first directorial release since “T2 Trainspotting.” The Oscar winner for “Slumdog Millionaire” was going to direct the next James Bond movie but left the project over creative differences. Curtis, meanwhile, hasn’t written a feature film since the 2014 movie “Trash,” although he worked on the story for last summer’s “Mamma Mia! Here We Go Again,” which starred James.

Universal Pictures will open “Yesterday” in theaters June 28.  Watch the official trailer below.

This Article is related to: Film and tagged Danny Boyle, Lily James, Yesterday