From filmmakers to major festivals such as Cannes and TIFF, the international film circuit pays tribute to the French New Wave icon. 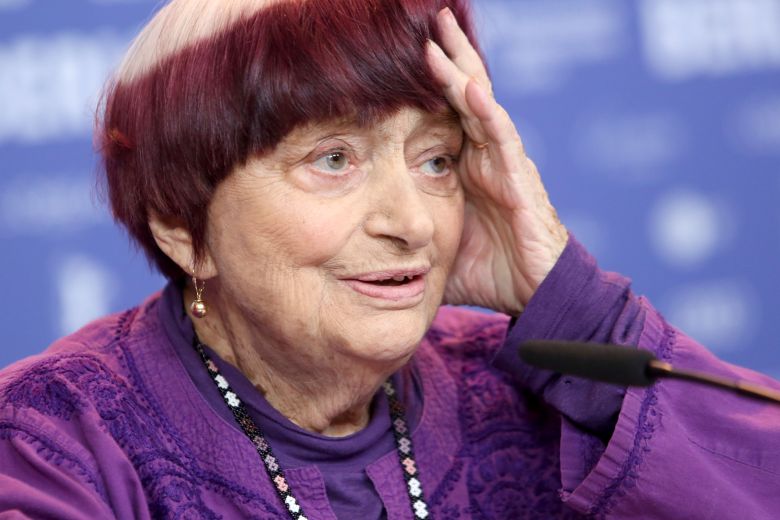 Update (11:40am ET): Martin Scorsese has issued the following statement on Varda:

“I seriously doubt that Agnès Varda ever followed in anyone else’s footsteps, in any corner of her life or her art…which were one in the same. She charted and walked her own path each step of the way, she and her camera. Every single one of her remarkable handmade pictures, so beautifully balanced between documentary and fiction, is like no one else’s—every image, every cut… What a body of work she left behind: movies big and small, playful and tough, generous and solitary, lyrical and unflinching…and alive. I saw her for the last time a couple of months ago. She knew that she didn’t have much longer, and she made every second count: she didn’t want to miss a thing. I feel so lucky to have known her. And to all young filmmakers: you need to watch Agnès Varda’s pictures.”

Directors and major film organizations around the world are mourning the death of Agnès Varda on social media. Varda’s family confirmed earlier today the French filmmaking icon passed away from breast cancer at 90. A pioneering figure of the French New Wave movement and the first woman director to receive an Honorary Oscar, Varda is known for such landmark works as “La Pointe Courte,” “Cleo From 5 to 7,” and “Vagabond.”

Filmmakers Barry Jenkins and Edgar Wright posted tributes to Varda on their social media pages, both of which named the director as one of the definitive masters of the medium. The “Moonlight” Oscar winner wrote, “Work and life were undeniably fused for this legend. She lived FULLY for every moment of those 90 damn years.”

“RIP Agnès Varda, a icon of independent cinema before it even had that name,” Wright added. “‘Faces Places’ was an inventive, funny capper on an extraordinary career. Was funny to see her, smiling with bemusement, on the 2017 Oscar circuit. She knew she didn’t need one. She was already a legend.”

The Cannes Film Festival issued the following statement: “Immense sadness. For almost 65 years, Agnès Varda’s eyes and voice embodied cinema with endless inventiveness. The place she occupied is irreplaceable. Agnès loved images, words and people. She’s one of those whose youth will never fade.”

French artist JR, who Varda collaborated with on the acclaimed documentary “Faces Places,” shared a photo of the two of them accompanied by the caption, For my shooting star wherever you are.” JR and Varda earned an Oscar nomination for Best Documentary Feature.

Varda premiered her final movie, “Varda by Agnès,” at the Berlin International Film Festival earlier this year. Read IndieWire’s A- review of the documentary here. Check out tributes to the French filmmaker in the posts below.

For my shooting star wherever you are… Agnes Varda ❤️ pic.twitter.com/M92Ha2VXky

Work and life were undeniably fused for this legend. She lived FULLY for every moment of those 90 damn years 😻 pic.twitter.com/SHnRbGoDmr

RIP Agnès Varda, a icon of independent cinema before it even had that name. ‘Faces Places’ was an inventive, funny capper on an extraordinary career. Was funny to see her, smiling with bemusement, on the 2017 Oscar circuit. She knew she didn’t need one. She was already a legend. pic.twitter.com/RDYP0Zi12O

“We all have inside ourselves a woman who walks alone on the road. In all women there is something in revolt that is not expressed.” —Agnès Varda pic.twitter.com/w4cfHTnffq

Thank you #AgnesVarda, for carving bold terrain, leaving us countless road maps, and laughing all along the way. x pic.twitter.com/64aHe9afqx

Immense sadness. For almost 65 years, Agnès Varda’s eyes and voice embodied cinema with endless inventiveness. The place she occupied is irreplaceable. Agnès loved images, words and people. She’s one of those whose youth will never fade. pic.twitter.com/cpquJXJtwK

Thank you for seven decades of perpetually influential and inventive work that has moved us deeply. pic.twitter.com/vKdWuP1WRy

I was only a month or so into my new job, my first job ever in film. I was a young film lover, fresh out of a graduate film studies program, and a French film maniac.

My boss came over to me, handed me a post-it note with what I knew to be a French phone number on it, and casually asked me to call Agnes Varda. She might as well have asked me to call the President. She made a joke about how it was now my turn to be Agnes’s main contact and plus, I spoke French. Our company had the distribution rights to a number of Agnes’s late husband Jacques Demy’s films, which she controlled. Evidently Agnes called often and asked a lot of questions.

I stared at the piece of paper for a long time, probably an hour or so. I was supposed to call AGNES VARDA??? I may or may not have called once and hung up as soon as a woman’s voice answered. Finally I called and Agnes herself answered the phone. She said hello brusquely and immediately started asking questions about a financial report that we had recently sent her. “Where’s the Japanese TV sale?” “Only $30,000 for Brazil??” “The math is wrong in column 3!” She spoke French as fast as I spoke English and I found myself grasping to get out even high school French in response. She took pity on me. She started asking me about myself, she asked me when I started there, asked about my last name and my family. It was just enough to get me speaking normally. And then she went back to drilling me about business.

That was the beginning of a rapport that lasted a few years and meant the world to me. I spent time with her in New York and, most memorably, in Toronto where I offered to take her to a fancy place for breakfast and she insisted on someplace I could only charitably call a diner.

Everywhere she walked she took pictures and she marveled. She marveled at details of buildings and faces. She noticed things I had ignored. Already 70, she took interest in everything, asked questions of everyone. She spoke to homeless people wherever we went and then gave them money. I had never known someone so curious and so open.

She continued to call me and “yell,” but she always asked how I was, recalled little things abut me, sent me her famous collage Christmas cards which are now personal treasures. I respected her demanding approach to the business of film enormously. She was on top of every sale, every check, every mistake. She demanded better and more. She had poured years of both time and money that she didn’t have to painstakingly restore Jacques Demy’s films. This would be her children’s legacy. This was his legacy.

I learned from Agnes that filmmakers need to thoroughly understand the business of film, and I always tell that to young directors. She stood up for herself as she should have, but in a totally informed manner. I watched her never take herself too seriously and just do the work, do the living. She was long a legend but she seemed to approach life like a curious child. She knew her value. She was proud of her films. She championed her own films.

I have been dreading this day for a long while. You know someone can’t live forever but it seemed like Agnes had a chance.

Today a film I produced is opening in theaters. It was born of an idea I had one day, an idea that was scary and kind of crazy. I pursued it nonetheless. I followed my instinct and felt my own power. I’m very proud of myself, to be honest. Agnes showed all of us women that it’s ok to be proud of ourselves, it’s okay to recognize our power and our potential and not fear the attention.

She was amazing. She absolutely lived.