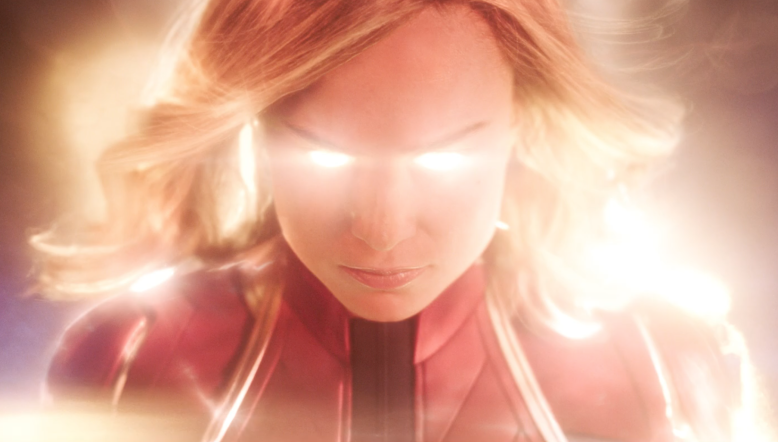 The most important part of “Captain Marvel” is when the hero fails.

It’s something that happens more than once, but most significantly when Carol Danvers’ (Brie Larson) memories of her old life on Earth are unlocked — and she can’t help but recall when she crashed her go-cart, didn’t hit a home run, missed grabbing the rope she needed to avoid embarrassment in front of her fellow soldiers during basic training. All moments which were highlighted in their awfulness by the ridicule of her father, her colleagues, who yelled at her audacity for trying “boy stuff” — Yon-Rogg (Jude Law) chastising her for her emotional responses.

The fact that her memories went straight to moments of disappointment is something that should feel all-too-familiar for any ambitious woman. When you’re driven to succeed, it’s the times when you didn’t that haunt you. And for the release of “Captain Marvel,” that fear was very real.

The insane expectations that surrounded the first female-led Marvel film (with Marvel’s first female director in Anna Boden) meant that “Captain Marvel’s” release wasn’t going to be like any other. And that was proved to be the case, thanks to angry fans who tried to game the system as retaliation against … well, perhaps officially, Larson’s desire for the film’s press junkets to be more inclusive when it came to the journalists invited. (Other motivations are perhaps best left unsaid, but remain relatively obvious.) 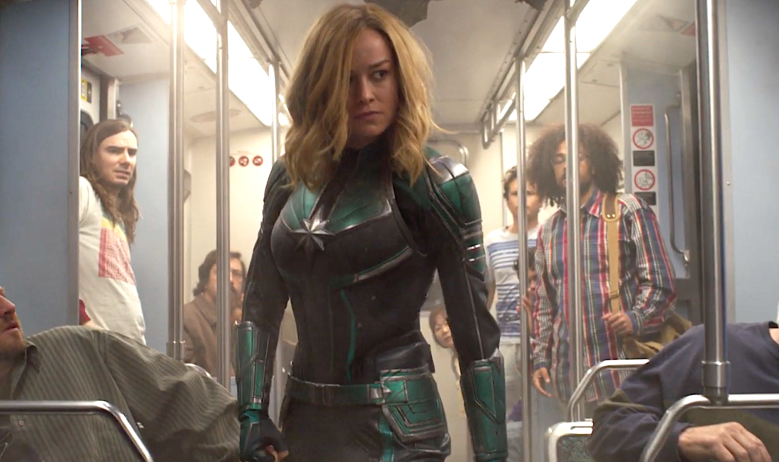 While Boden and co-director Ryan Fleck couldn’t have known exactly what form the backlash would take, they were savvy in how they revealed Carol as a character, and let her wit and good heart get equal screen time with her impulsiveness and her temper. On Earth, Carol Danvers was a fighter pilot who fought to get real assignments, and was transformed into Captain Marvel as a result. As the Kree warrior known as Veers, she continued to battle for acceptance, against all odds. “Captain Marvel” is a superhero movie where the superhero is figuring out which battle she wants to fight, and questioning the decisions that led her to this point.

“Captain Marvel” is set in 1995, the official rise of the era of “girl power!” (thanks, Spice Girls) — but a necessary facet of that attitude was the idea of infallibility. “Girl Power” didn’t allow for flaws. Instead, it tried to put forward the idea that women could do anything men could. Except, of course, fail.

Not forever, because of course, our failings stay with us always. But Carol gets her chance to confront her past, both on Earth and also the life she created as a Kree soldier, acknowledging the mistakes she made and challenging the authority figures who have defined her journey. Some of that involves her acknowledging that she put her trust in the wrong people, as seen in her conflict with Yon-Rogg and the Kree Supreme Intelligence (as personified by Annette Bening). Which is another factor: The idea that in order to succeed, you have to be willing to challenge the system.

Women constantly live with the expectation that we cannot fail, that any sign of weakness is proof that we can’t live up to men. We so rarely get told how or why we might be able to push beyond it. “Captain Marvel” boldly puts forward the images of a girl literally failing, and that is what makes it so powerful when she steps forward and conquers her past.

Girls get told all the time that they can succeed. But what’s more valuable is the message that you can fail, you can fall — and that gives you the chance to stand up again.

“Captain Marvel” is in theaters now.

This Article is related to: Film and tagged Brie Larson, Captain Marvel, Marvel