Rupert Wyatt's sci-fi thriller is light on thrills, even as it attempts to build on a compelling spark of an idea. 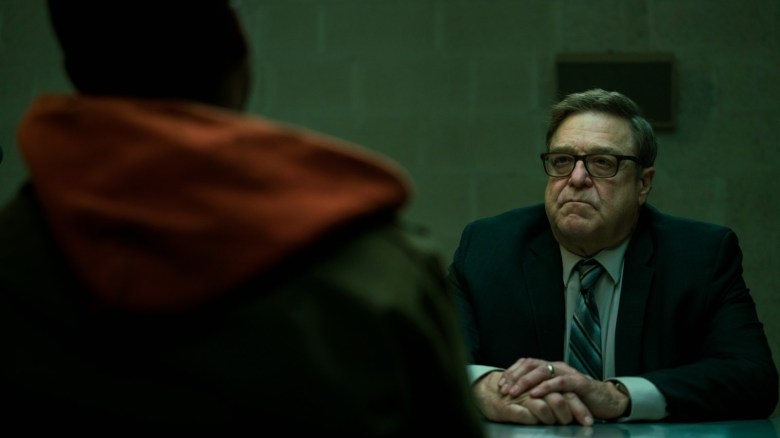 Giving new meaning to #TheResistance, “Captive State” envisions a future in which those “I, for one, welcome our new insect overlords” memes have finally come to pass. Rupert Wyatt’s fixation on non-humans taking over the world continues unabated in the sci-fi thriller, with the “Rise of the Planet of the Apes” director introducing us to the earth nearly a decade after it fell to an alien species who have since moved on to the sinister second phase of their plan. What he doesn’t introduce us to, alas, is any real reason why we should care about the ongoing efforts to push back against these creatures’ oppressive regime.

Nine years after conquering the planet with minimal resistance, the Legislators, as they’re called — perhaps the least intimidating name for invading aliens in movie history — have all but disappeared from daily life. They instead rule from a deep underground lair accessible only to the most trusted members of their puppet government, sending out orders via humans who’ve learned to translate their clicks and hisses from the toadies’ natural tongue into something suitable for human understanding. Meet the new boss, not quite the same as the old boss.

Building a film around an offworld species fixated on taking over the planet (and thus kickstarting the installation of another kind of shadowy, authoritarian government) is something of a new tack, if not an especially compelling one. After a chilling prologue that ably shows off their obliterating-people-into-mist abilities, the “roaches” (as those in the resistance call them) are virtually absent from the film — a conscious decision that shifts focus to the human drama, which might have proved more effective if that drama were actually interesting and the aliens weren’t so visually striking.

Humanoid in shape but featuring tendriled flesh that sharpens into swordlike shards on command, the creatures evaporate their foes from a distance via a kind of seismic wave that our frail bodies are simply no match against. That their frightful combat prowess is a mere means to the end of not-quite-enslaving those who stand in their way seems curious, and any insight into their hierarchy is utterly withheld from the audience. (Don’t blame me; I voted for Kodos.)

As for the humans, they’re led by a high-ranking cop (John Goodman) working to maintain what passes for law and order in this new society and a teenager (Ashton Sanders of “Moonlight” fame) whose recently deceased brother was a central figure in the resistance movement trying to reclaim the planet for humans. It’s rare to see Goodman get first billing in a movie of this stature, but unfortunately he doesn’t get much else — his William Mulligan is an ostensibly straitlaced gumshoe who, like “Captive State” as a whole, plays things so close to the vest that we in the audience are never allowed in.

The filmmakers clearly decided that literally any background information about the aliens was irrelevant to the story being told, but opting for an absentee antagonist has a cascading effect that creates more problems than it solves. Our moment-to-moment understanding of what’s happening is almost always less than that of the characters, who are so afraid of their unseen oppressors that they almost never come out and say what the hell is going on. The central plot development focuses on an underground cell attempting to “light a match, ignite a war,” which is galvanizing in theory but mostly just confusing in practice. None of these freedom fighters are introduced by name, and none of them ever mention the specific effect these extraterrestrial baddies have had on their lives, rendering them all but useless as figures to rally behind.

Wyatt and co-screenwriter Erica Beeney address this via an expository monologue in the film’s closing minutes, but by then it feels like too little, too late. Embedded in all this is a would-be message about those who trade freedom for security, the human spirit, and so on and so forth, all of which is too muddled to register with the intended force. “Captive State” is many things at once — or at least it’s trying to be — and every match it lights along the way is quickly snuffed out.

“Captive State” is now in theaters.

This Article is related to: Film and tagged Captive State, Reviews, Rupert Wyatt