Netflix's horror drama will return sexier and scarier, the cast and crew revealed at a recent FYC event. 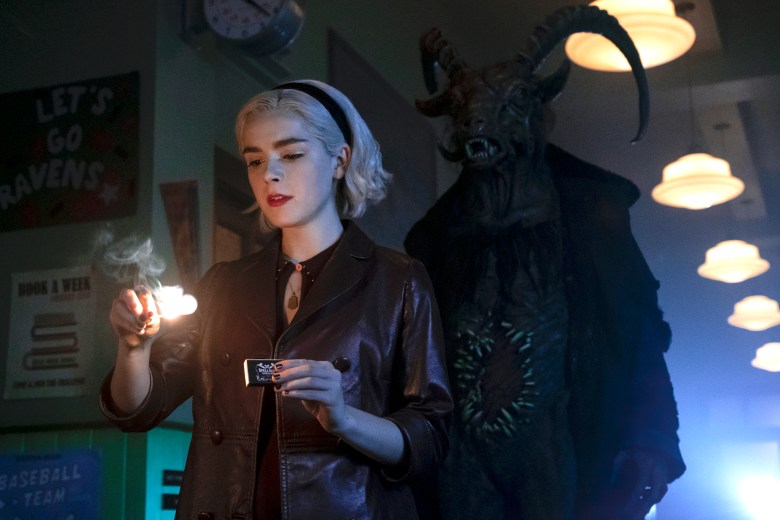 When “Chilling Adventures of Sabrina” returns to Netflix for Part 2, there will be plenty to scream — and sing — about. At Sunday’s Emmys For Your Consideration event for the dark coming-of-age drama about the half-mortal witch Sabrina Spellman, series creator Roberto Aguirre-Sacasa revealed that the season will conclude with a musical number.

“We have an amazing musical number in the finale,” he said in front of an audience at Los Angeles’ Pacific Design Center after screening the first episode. “It’s been something we’ve been wanting to do since the beginning. One of the last days of shooting…I went up to Vancouver the day they were doing this big number. It was the proudest I’d ever been of a cast and a crew. They came together to do this huge set piece. So I’m really excited about that.”

Although musicals and horror may not seem like the most obvious pairing, Aguirre-Sacasa is a known fan of musicals and has even featured them on his other dark adaptation of an Archie Comics property, The CW’s “Riverdale.” For that show’s second season, the characters put on a musical version of “Carrie.” This season on March 20, “Riverdale” will tackle a musical based on the classic dark high school comedy “Heathers.”

Unfortunately, Aguirre-Sacasa wouldn’t divulge what the musical number on “Sabrina” will entail, but he did indicate that it included everyone who joined him on the FYC stage: Kiernan Shipka (Sabrina), Lucy Davis (Aunt Hilda), Miranda Otto (Aunt Zelda), Michelle Gomez (Madame Satan), Chance Perdomo (Cousin Ambrose), and Jaz Sinclair (Ros).

Aguirre-Sacasa also added, “A lot of seeds that we planted in the first 10 episodes come to fruition. The storytelling is spread around a little bit more evenly in the back nine so that’s really exciting. It’s a little scarier.” 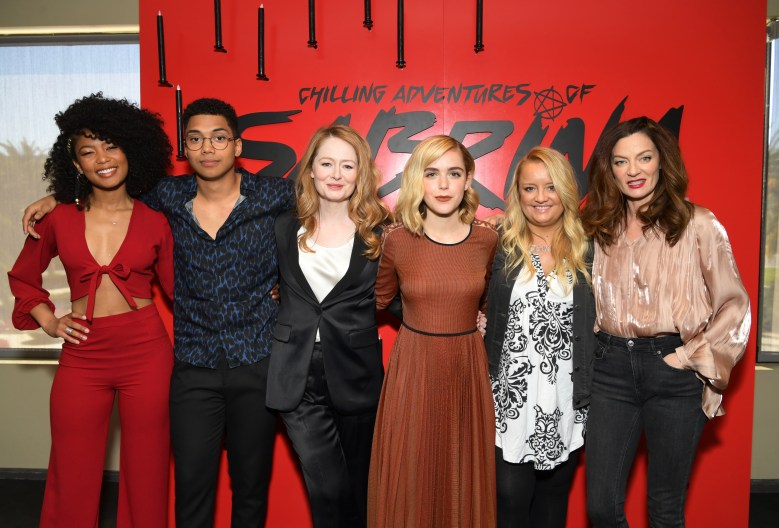 The cast also teased what to expect from their characters for the second part. When the show left off, Sabrina had been pushed to sign her name in the book of the Dark Lord, finally undergoing her dark baptism and learning what comes with that decision. Shipka said, “I’m excited for people to see [Sabrina] really explore just how powerful and amazing a young woman can be.”

In Part 1, IndieWire praised “Chilling Adventures of Sabrina” for its mix of supernatural horror and progressive spirit. The young characters on the show attempt to fight back at all forms of oppression, but most often male oppression.

“As the idea of female empowerment becomes more popular, the idea of women having magical powers I feel is just really appealing right now,” said Sinclair. “Having a show with feminism and witches is so perfectly timely because it’s teaching you about the power inside of yourself and with nature.”

Shipka added, “In so many ways it mirrors a real teenage experience and it layers on this aspect of witchcraft and all this fun, magical stuff. But it’s so analogous to so many regular teenage things. It’s more relatable than I originally realized. It manages to be an escape from morality and while also mirroring morality at the same time.” 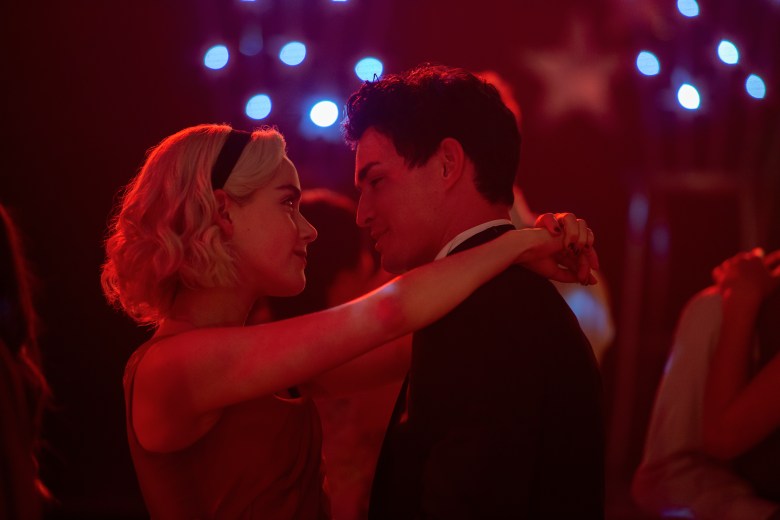 The other Spellmans will continue to face challenges, some with better luck than others. Davis said, “Hilda does show a very different side that I didn’t know existed. I wouldn’t want to mess with her.” As for her sister, Otto said, “Zelda has quite a big emotional journey in the second part. On one level she’s really on a search for power. That’s her underlying motive in everything.”

As for Sabrina’s mentor/secret antagonist Madame Satan, Gomez said, “When I read the final episode of the series, I screamed out loud because something happens that even I didn’t see coming down the pike.” Sabrina’s friend Ros also has a few “exciting surprises and some scary surprises” in store.

The panel concluded with the first look at the trailer for Part 2, which can be seen below. Besides showing Sabrina’s growing powers, there’s also a glimpse at a mysterious person who looks like a lot of trouble. Here’s Netflix’s official description:

Part 2 finds Sabrina exploring her darker side, curious to learn more about her heritage, while struggling to maintain her friendships in the mortal world. Romantically, Sabrina is caught in an unholy love triangle with sexy warlock Nicholas Scratch and salt-of-the-Earth mortal Harvey Kinkle. Meanwhile, The Dark Lord, Madame Satan, and Father Blackwood continue to conjure chaos in the Spellman household and the town of Greendale. And they aren’t the only ones trying to raise hell. Everything is in question…relationships, identity, true intentions…when the devil’s work is at hand.

”Chilling Adventures of Sabrina” returns for Part 2 on April 5 on Netflix. Check out the trailer below.

This Article is related to: Television and tagged Chilling Adventures of Sabrina, Emmys, Netflix, Roberto Aguirre-Sacasa