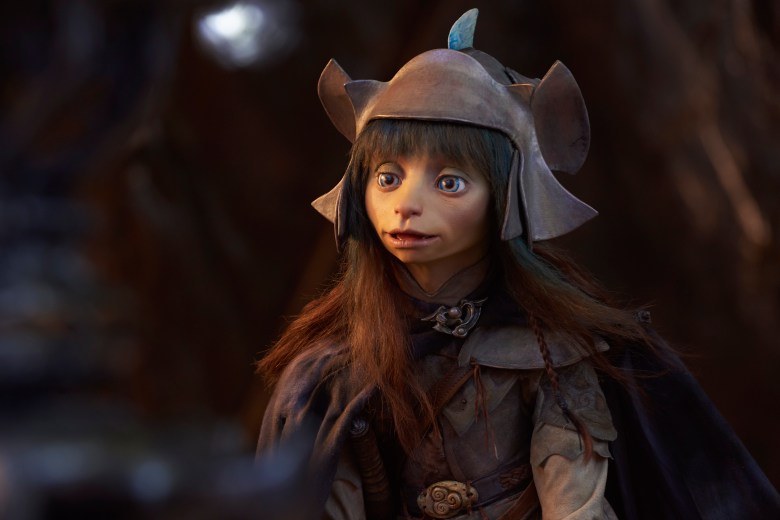 In upcoming “The Dark Crystal” prequel series “Age of Resistance,” it’s time for the Gelfling to fight back, and Shazad Latif will be part of the cause. At a red carpet event in Hollywood on Sunday, the actor revealed details about the Gelfling character he voices in the new Netflix series. “My character plays the flute and he’s really sweet and in touch with nature,” he said. “It’s a very ethereal character so I just sort of channeled that, walked in the woods a lot.”

In the original Jim Henson movie from the ‘80s, two gelflings from the world of Thra set out to fulfill a prophecy to get rid of the evil overlords, the Skeksis. Here’s Netflix’s description of the prequel:

“‘The Age of Resistance’ tells a new epic story, set many years before the events of the movie, and realized using classic puppetry with cutting edge visual effects. The world of Thra is dying. The Crystal of Truth is at the heart of Thra, a source of untold power. But it is damaged, corrupted by the evil Skeksis, and a sickness spreads across the land. When three Gelfling uncover the horrific truth behind the power of the Skeksis, an adventure unfolds as the fires of rebellion are lit and an epic battle for the planet begins.”

Latif also revealed how his Gelfling character stands out from the others and might be instrumental in the upcoming struggle to overthrow the Skeksis.

“He can read and write. A lot of the others can’t,” Latif said, adding, “He’s got a nice braid, a double ponytail kind of thing. It’s a good look.” [Editor’s Note: The Gelfling picture above is not Latif’s character.]

Latif also echoes the difficulties that Mark Hamill had voicing his character. “It’s a very strange voiceover challenge,” said Latif. “It’s not like an ADR session or anything like that. You have to sort of match what the performance is sort of based on what the puppeteers do.”

A release date has yet to be announced for “The Dark Crystal: Age of Resistance.” In the meantime, Latif can be seen on CBS All Access’ “Star Trek Discovery.” This season, his character has left his Klingon identity Voq behind to once again enter Starfleet as his human persona Ash Tyler, with a little help from Section 31. He’s caught between many worlds.

“He’s trying to do the right thing, find his place and make sure to limit the collateral damage as much as he can as we go along,” said Latif. “He thinks he’s making the right decision. He’s found a place where it’s trying to find that balance where it’s ok. [Voq] is dormant.”

This Article is related to: Television and tagged Netflix, Shazad Latif, Star Trek Discovery, The Dark Crystal: Age of Resistance