"Dumbo" is the director's fifth movie for the studio, where he's happy to be an odd fit. "Any kind of movie I do," he said, "I'm too dark." 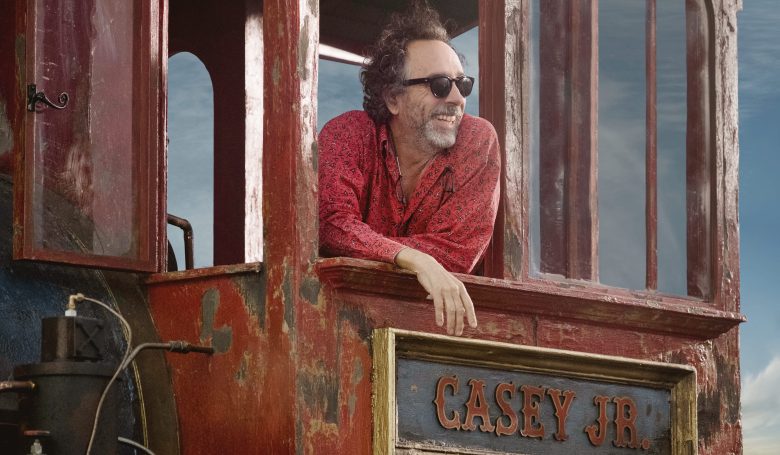 Tim Burton on the set of “Dumbo”

As the ultimate outsider-misfit fable, “Dumbo” is a perfect fit for Tim Burton. That ear-flapping baby pachyderm is a weirdo, just like him. “It’s my story as an animator, it’s my problem as well. It’s a two-way street, right?” he said in an interview earlier this month. “At Disney, they like me, but I get paid to be the slightly accepted weirdo.”

Working with “Transformers” writer Ehren Kruger, Burton was attracted to the sad but joyful tale of a post-World War I circus with a baby elephant that, thanks to his enormous floppy ears, can fly. “I felt for that kind of character from the get-go,” said Burton. “I tried to keep what I loved about it, the image of this character who doesn’t quite fit in being devoured by a large family multi-entertainment company. …The old Disney movies used to give you everything: joy, happiness, sadness, death, fear. The kids would run screaming out of ‘Pinocchio.’ Nowadays people go, ‘Oh, it’s still too scary.'”

Many of Burton’s films score commercially (“Charlie and the Chocolate Factory,” “Planet of the Apes”) while others disappoint (“Mars Attacks!,” “Big Eyes”); others have grown in stature over the years after being underappreciated at the time (“Beetlejuice,” “Nightmare Before Christmas,” “Ed Wood”). But high or low, praised or panned, none of those films could have been directed by anyone else. 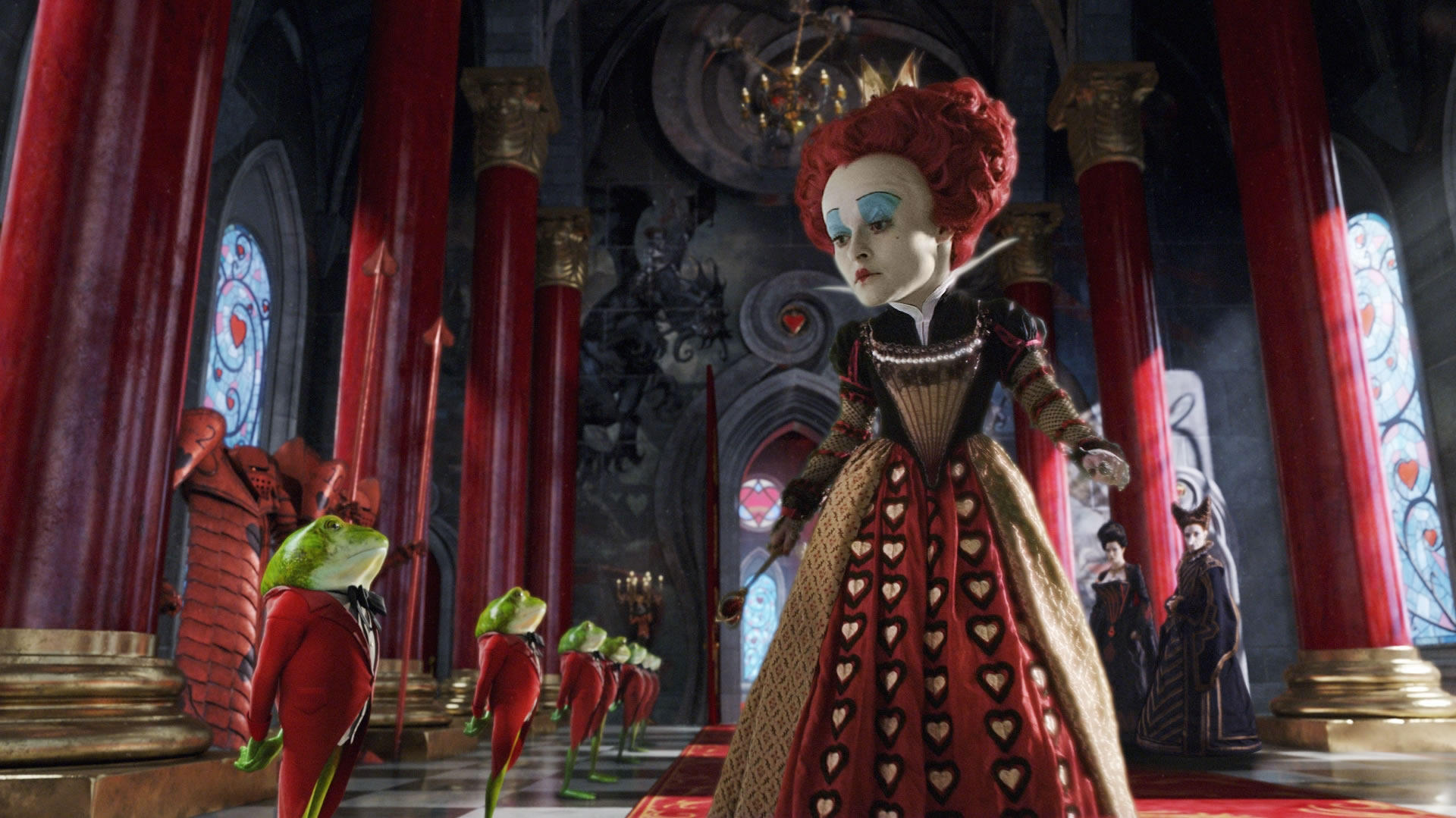 Live-action remake “Alice in Wonderland,” for example, scored 53 on Metacritic when it opened in 2010 and yet was so successful ($334 million domestic, over $1 billion worldwide) that it inspired Disney’s burgeoning animation-to-film production slate. Burton’s remake of the 1941 “Dumbo” follows hits such as “Maleficent,” “Beauty and the Beast” and “The Jungle Book,” and precedes not only Guy Ritchie’s “Aladdin” (starring a blue Will Smith as the genie), but also Jon Favreau’s “The Lion King.”

Check out the ways “Dumbo” follows the Burton cinematic canon.

Lean into the dark side

Burton has learned to pick his battles on Disney family fare. “They’re remaking lots of Disney things,” he said. “‘Dumbo’ is a tricky one, right? What I liked about ‘Dumbo,’ it’s one you couldn’t remake, for lots of reasons. If somebody asked me or the kids I grew up with, ‘what do you remember about about Dumbo?’ It’s him getting wasted, getting drunk on champagne. Politically, that’s stuff you can’t do these days.”

Instead of the champagne bubbles and the hallucinatory “Pink Elephants on Parade,” Burton substituted giant floating pink elephant bubbles in the circus act. “I tried to figure out how to organically do it with this one, seeing more real context,” he said. “This seemed like a beautiful way to get into it. Maybe I’ve been to Vegas too much. I’ve hallucinated without drugs before, it can happen!”

Dumbo’s wondering eyes and silent reaction shots are pivotal to the movie. “It’s like he’s watching a science-fiction movie with alien vision,” Burton said. “The whole point is you need a bit of that sadness and melancholy to go somewhere. You want to feel some connection. I tried to keep the emotions real and not overdo it too much.” 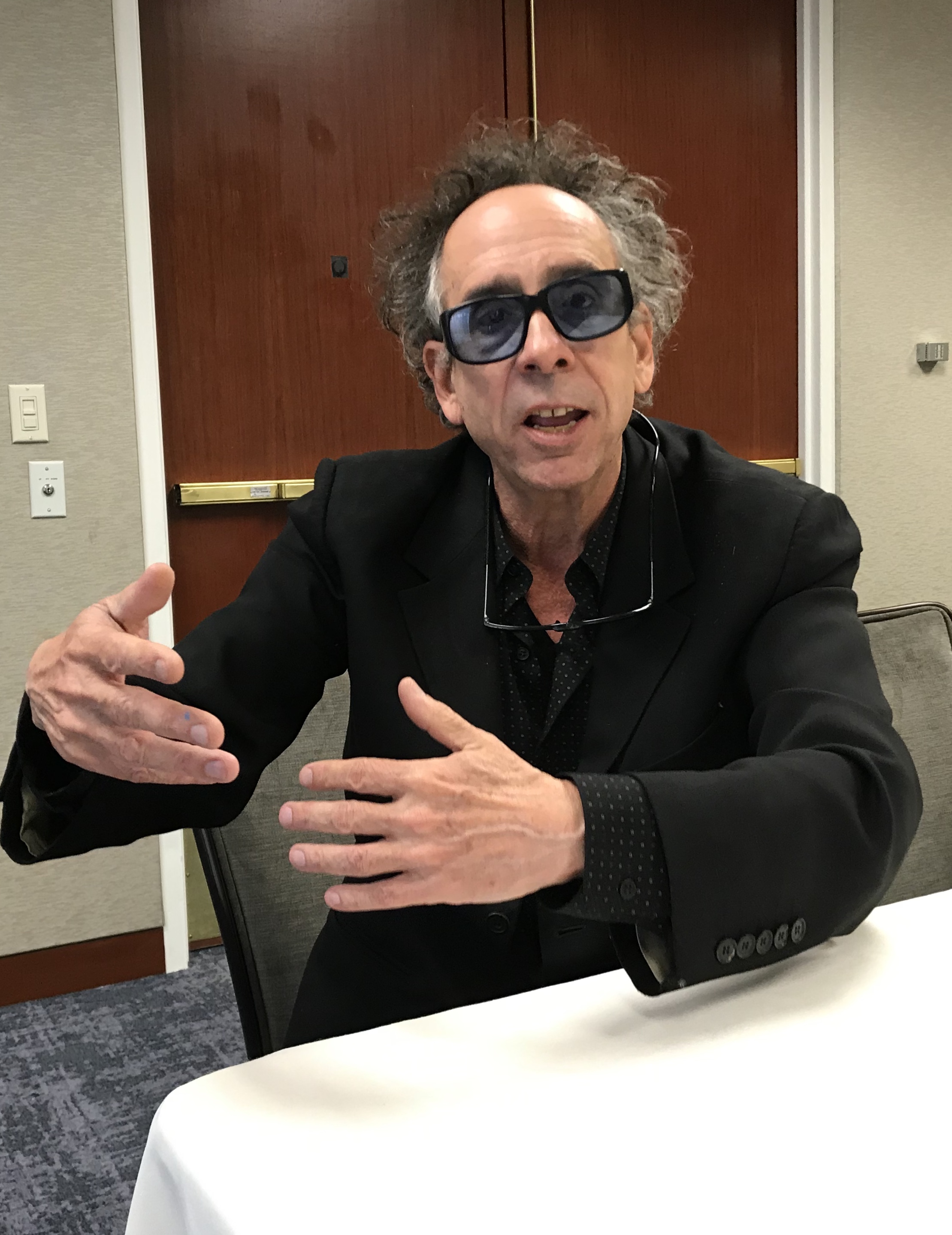 The new movie still wrenchingly separates the baby Dumbo from his angry mother Jumbo, who is carted away as a “mad elephant.” Timothy the mouse, who trains Dumbo in the animated original, is replaced by the two circus children (with mouse pets) in the expanded story. When daredevil horse rider Holt (new Burton recruit Colin Farrell) returns from World War I with one arm missing, the circus master (Danny DeVito ) puts him and his two kids, mourning their lost mother, onto the elephant detail.

Read More: Tim Burton on Set: Behind the Scenes of ‘Batman,’ ‘Edward Scissorhands,’ and More

In this version, Dumbo and his mother Jumbo are silent but intelligent creatures who understand English. And soaring, flapping Dumbo attracts another circus impresario, V.A. Vandevere (Burton fave Michael Keaton), who swallows the smaller circus into his extravagant Disney-style theme park Dreamland, and partners the young aviator elephant with his own gorgeous girl on the flying trapeze (Burton regular Eva Green).

“I felt comfortable with this movie,” said Burton. “Making a live-action [film] is a different thing. You are always trying to find the right tone. I tried to get actors who look weird to fit with the animated elephant.” 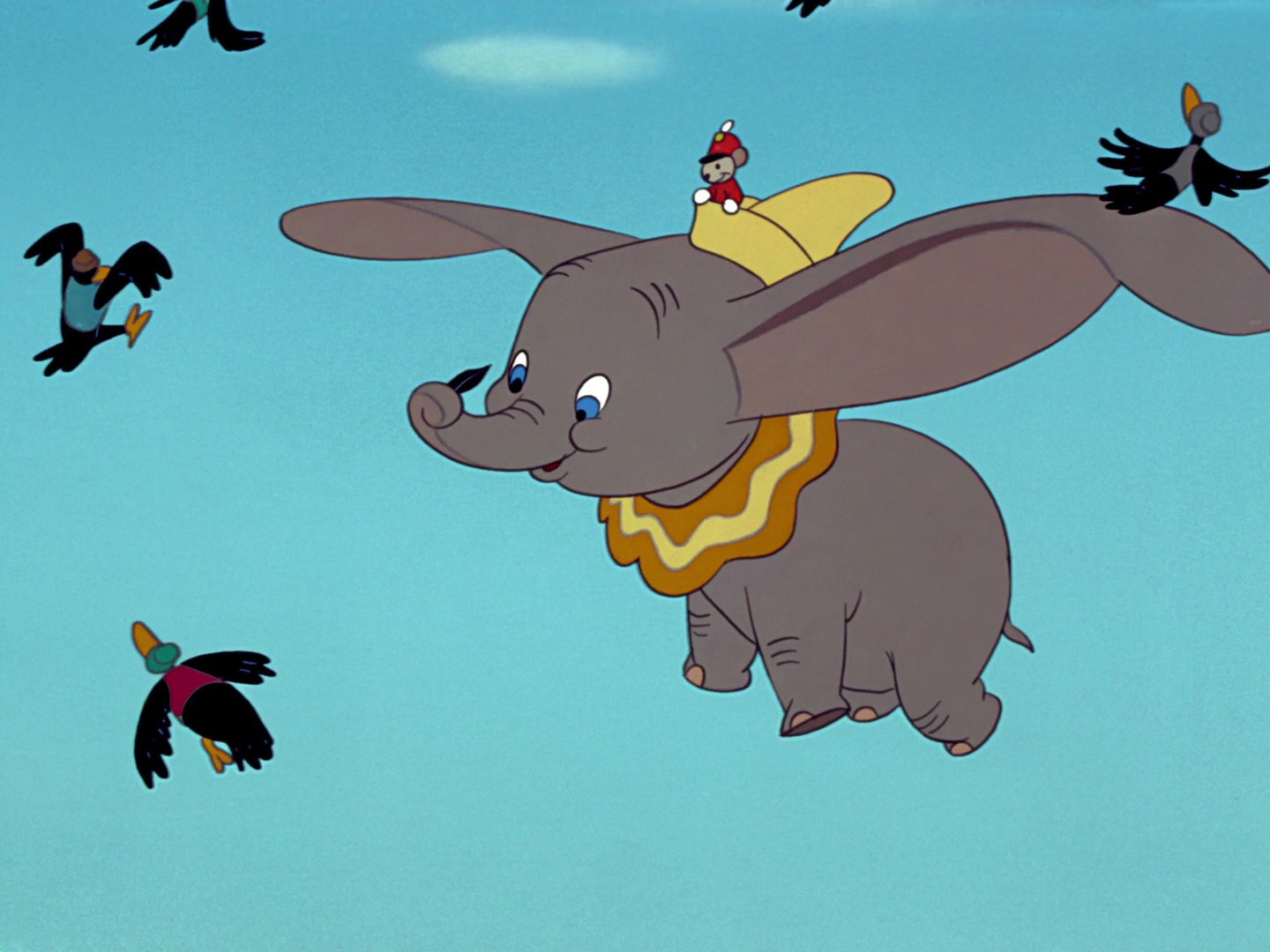 While Burton relied on his VFX and animation skill sets to achieve a live-action hybrid, it also had to deal with human frailty. “Holt is coming back from the war with no arm, no wife,” Burton said, noting that Farrell had to mount and ride a horse and throw a lasso with one arm. “We’d still be still shooting now if we didn’t have that extra luxury.”

And Green suffered from vertigo. “Eva didn’t like heights,” said Burton. “She didn’t want to do the trapeze. It’s fascinating and amazing: the dedication to do all that stuff. It’s like riding one of those bucking bronco things in a bar, but it’s going all around the room!”

The filmmaker didn’t quite realize how unsettling it would be for his leading man to be the last thing to materialize. “Sticking in the main character at the very end is just weird,” he said. “Talk about anxiety. Usually, you do a shot, you can see the shot. But here, until you get the final, you don’t know what it is. You think you know, you’re going for something, but you don’t know what it’s like until you get it.” 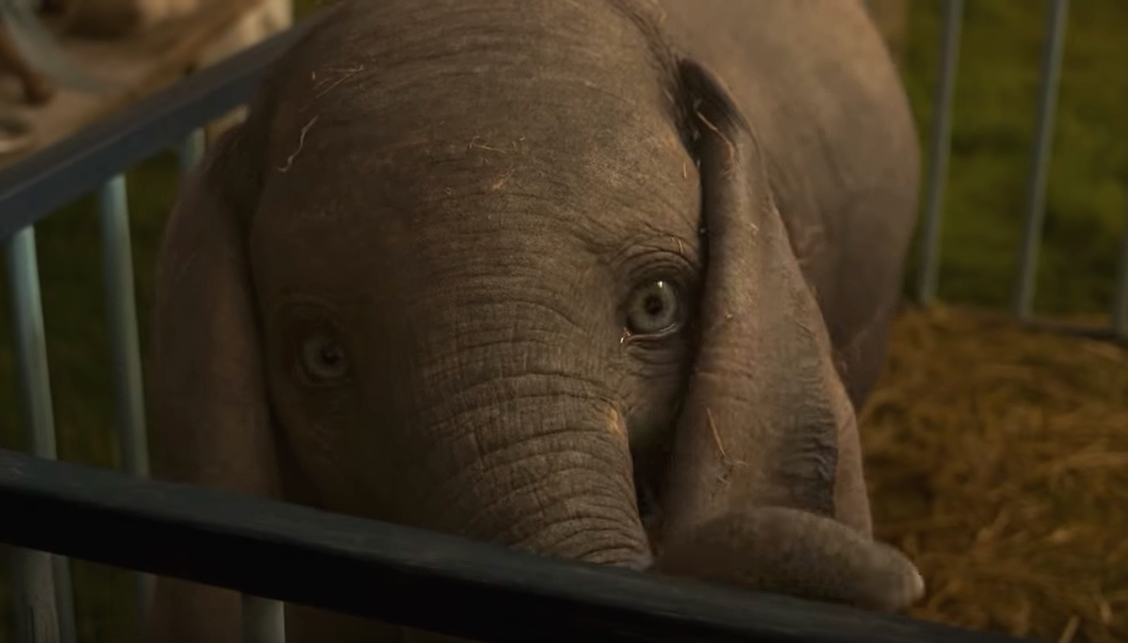 With Dumbo, Burton realized, less was more. He worked closely with the animators to find the right balance for the elephant child. “You try to find the simplest emotion — it’s almost like haiku — and to not over-anthropomorphize it. Things you would do in animation, you have to hold back. It felt subjective when it felt right, since it took so long.”

Even so, this was a more organized shoot than “Alice in Wonderland,” which Burton calls “the most chaotic thing ever. That had no technique. We had to test it. I wanted to make [the Red Queen’s] head bigger — ‘She’s this big, that big.’ Disney couldn’t test the movie; that was the first time that ever happened. There was nothing to test. We were scoring to things that weren’t there. It was like a puzzle. Everything was coming in from all over: The big head is coming in from Asia, the large fingers…We didn’t do mocap, where you can see what you’re going to get out of it.” 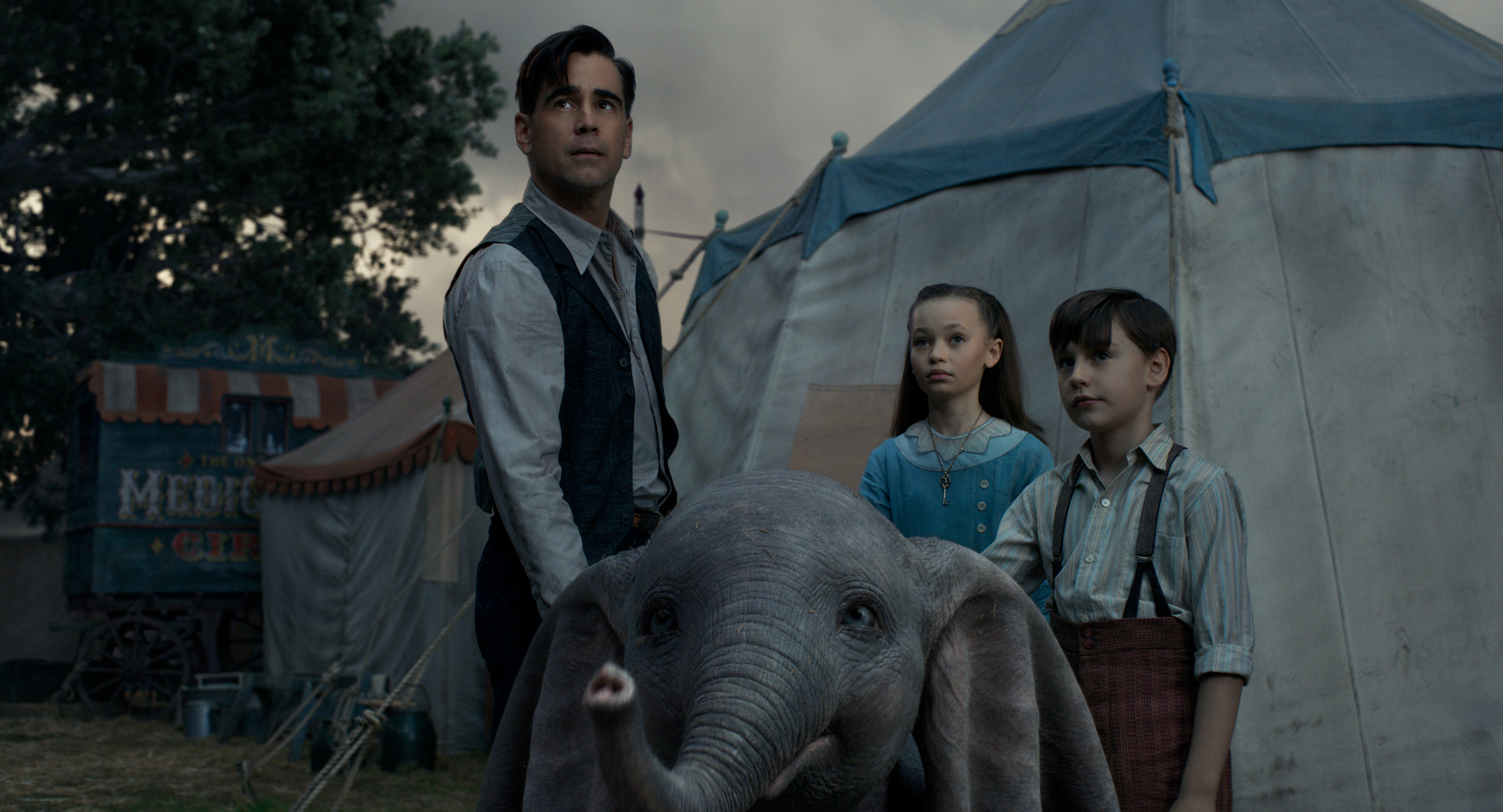 Take research screenings with a grain of salt

Did Disney worry that “Dumbo” was too sad? “It’s the usual stuff,” said Burton. “I’m like an old cop: ‘I can’t take his shit!’ ‘Nightmare Before Christmas,’ any kind of movie I do, I’m too dark. The thing that’s dark is the animals in captivity. I’ve been through this my whole life with previews. I have my own simple way. I see what I can get. I’m all for real answers for what’s working with comedy and laughs, and what’s not. But when it starts going down the dark path, it can be misleading. When you get onto tonal things: ‘Batman’ is too dark. This ‘Batman’ is lighter than the first. How can it be light and darker? I’m getting confused and disoriented.”

Finally, Burton has learned that some of his movies accrue cred over time. “‘Nightmare Before Christmas’ was a Touchstone graveyard special,” he said. “Sometimes there’s a delayed reaction to things.”

This Article is related to: Film and tagged Disney, Dumbo, Tim Burton