"Doctor Strange 2" might feature the introduction of a famous underwater mutant. 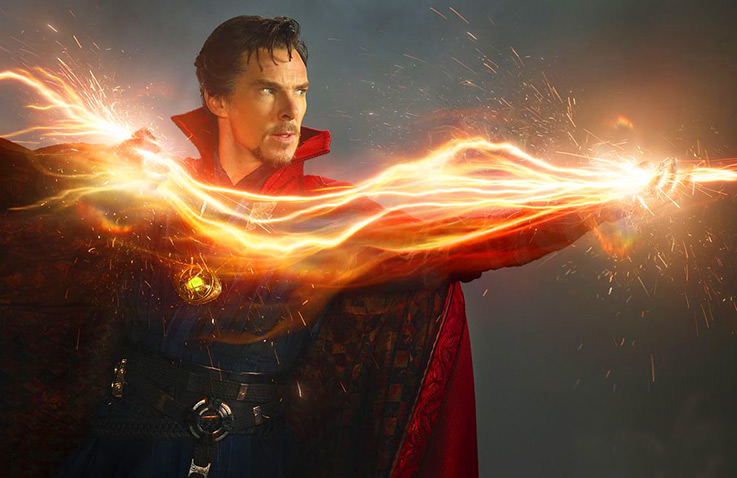 The future of the Marvel Cinematic Universe beyond “Avengers: Endgame” remains a big question mark (outside of “Spider Man: Far From Home,” of course), but “Doctor Strange” director Scott Derrickson might have just accidentally made things clearer. In a since-deleted social media post, Derrickson posted a photo of a 2011 comic book cover featuring Doctor Strange and Namor, the Sub-Mariner. Derrickson wrote as a caption, “Are you Experienced?”

Marvel Studios president Kevin Feige has long wanted Namor to join the Marvel Cinematic Universe, which is one reason Derrickson’s post is generating such strong buzz from MCU fans. The character is an underwater mutant that shares similarities to Aquaman, mainly super-strength and aquatic powers. In an interview with IGN in April 2018, Feige said getting the rights to Namor was complicated as film rights to the character were originally owned by Universal Pictures. The movie never got off the ground, but getting Namor in the MCU means negotiating with the producers who still own the rights.

“Let’s put it this way — there are entanglements that make it less easy,” Feige said at the time. “There are older contracts that still involve other parties that mean we need to work things out before we move forward on it. As opposed to an Iron Man or any of the Avengers or any of the other Marvel characters where we could just put them in.”

The Namor situation mirrors the use of Bruce Banner/Hulk in the Marvel Cinematic Universe. The reason Marvel has not made a solo Hulk movie starring Mark Ruffalo is because Universal still holds first rights to the character and must approve of any standalone Hulk film being released. Universal released the Edward Norton-starring “The Incredible Hulk” before Marvel was bought by Disney. The current MCU features the Hulk, but it gets around the rights issue by only including him as a supporting character in non-solo Hulk films like “The Avengers” and “Thor: Ragnarok.” Feige clearly wants Namor in the MCU, so perhaps a similar conclusion was reached.

Whether or not Namor does pop up in “Doctor Strange 2” remains to be seen, although it would also meet a criterion Feige has announced for the next phase of Marvel movies. Throughout the recent “Captain Marvel” press tour, Feige expressed interest in introducing more outlier Marvel characters in the future and bringing them into the universe in films that are not solo standalone movies. Introducing Namor in a pre-exiting franchise like “Doctor Strange” is the perfect example of what Feige has said he wants to do.

Derrickson will return to the director’s chair for “Doctor Strange 2,” which currently does not have a release date.

🎶 If you can get your mind together

From the bottom of the sea