Who among us wouldn't do the same? 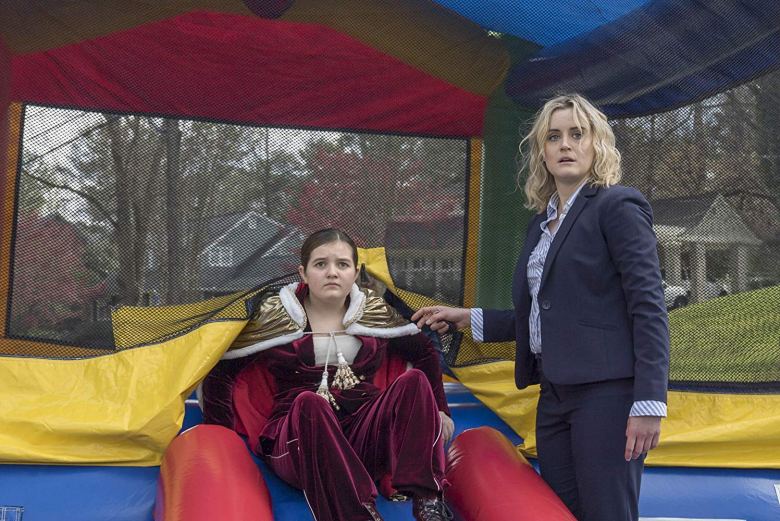 The Film Arcade has released the trailer for “Family,” writer-director Laura Steinel’s comedy starring Taylor Schilling as a workaholic whose unexpected week of niece-sitting naturally ends at the Gathering of the Juggalos. The “Orange Is the New Black” star isn’t the only one immersing herself in the music and culture of Insane Clown Posse, as newcomer Bryn Vale dons black-and-white face paint. Watch the trailer below.

Here’s the synopsis: “Kate Stone (Taylor Schilling) is career-focused, and enjoys her life that way. Her brash attitude keeps relationships at arm’s length, making her an outcast in her own right. When her estranged brother calls asking her to babysit her tween niece Maddie, Kate reluctantly agrees to help. But babysitting overnight unexpectedly turns into a week, and Kate’s life spins into chaos. As Maddie reveals stories of being bullied and of wanting to run away and be a Juggalo, the two form a unique bond.”

In his SXSW review of the film, IndieWire’s Eric Kohn wrote that “Family” is “funny in bits and pieces, but so obvious in terms of its eventual direction that it might have been better served by less plot and more clowning around. The Juggalos are both its saving grace and a hint of the wild vessel that might have been.”

This Article is related to: Film and tagged Family, Taylor Schilling, Trailers