The Nanny herself talks working with Weird Al on "UHF," acting teachers who advised changing her voice, and a new Showtime stand-up special. 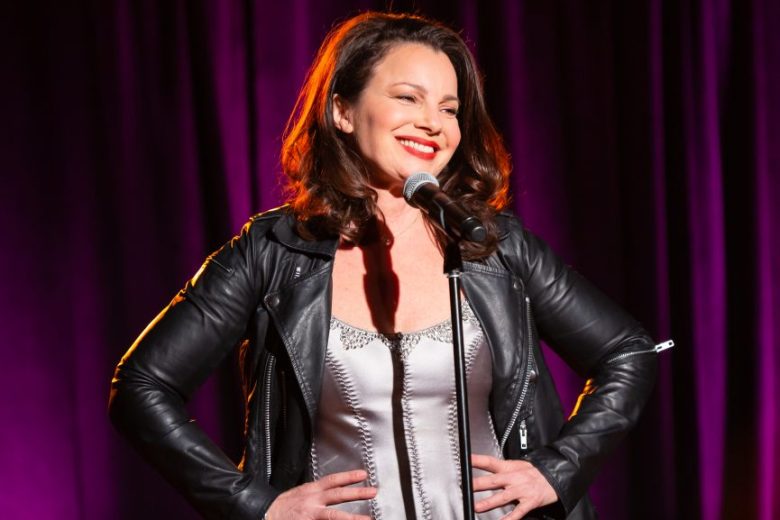 At the age of 61, Fran Drescher has started doing stand-up — and she doesn’t want to do it like a man.

“When I do my half hour,” she told IndieWire, “I want to go deeper into life experience, and find the humor in the darkness and despair. I think there’s a shift in female comics, and the way they tell stories, that include things they’re passionate about — whether it’s sexual orientation or health or relationships. I think as women, we’re starting to develop our own style and not just be like the men. That’s what I aspire to be.”

So she’s looking to the modern state of the format, as pioneered by comics like Hannah Gadsby. A woman’s version of a stand-up act, according to Drescher, has “a lot of humor in it, but it has more depth of feeling. And I think that that’s because we’re women. [The style] opens up the forum for telling jokes, but it has more substance and I think that that’s what makes more good comedy amongst female stand-ups.”

Drescher is one of the featured players in the Showtime special “Funny Women of a Certain Age,” which as described features an ensemble of female comics who have no problem joking about their relationships, including Carole Montgomery, Luenell, Lynne Koplitz, Kerri Louise and Vanessa Hollingshead. Drescher gets the opening 10 minutes, in which she talks about her cancer, her ex-husband, and more. She’s a total pro — even though, as revealed below, she’s only technically been at it for about a year. An edited transcript follows.

When was the first time you did officially standup?

Is it something that felt natural to you?

Yes. For years I did what I call “the sit-down act” on late night talk shows. Structuring a joke, telling a story, and finishing it with a punchline. … I know how to write my brand of comedy, I know how to frame it as a joke, and I know how to play, quote-unquote, a standup comic. Part of it is acting, part of it is writing, part of it is having a certain level of confidence. The audience is usually very receptive to me. They know who I am and they’re fans.

It definitely helps, going into a friendly audience.

It’s night and day. They’re not sitting there with their arms crossed saying, “OK I dare you to make me laugh.” They laugh just when I say, “Hi.” 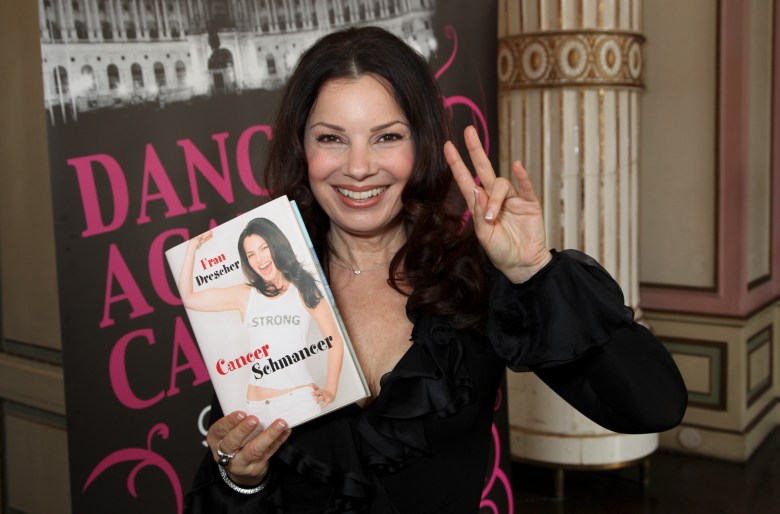 Your act in the Showtime special is drawn from your personal life, which has been a part of your career for a while.

Totally. I’m in the business of Fran Drescher.

What does that mean for you?

When I was first starting out in high school, the acting teachers said I would have to lose the voice or I wasn’t going to make it. But my now-gay ex-husband, who knew better even when he was still a teenager, he said, “That, with that face, is gonna be what makes you special, unique, famous.” And he was right.

How much do you credit your voice with propelling you forward?

It’s a whole package. The fact that I can write for myself — “The Nanny” started in my head. There’s not one thing, it’s just the perfect storm that worked out. Timing, tenacity, ambition, and ability to write for myself. Working with [ex-husband] Peter Jacobson, my writing partner Frank Lombardi, both were contributors to my stand-up act. They’re always pitching me things — something happens or I say something funny and they say, “Write that down. We’ll figure out how to mold it into a story.”

Comics are always taking notes of things that strike them as being funny, and I started that too. … I like utilizing my talent in a variety of ways. … I don’t really need anything to do the show. It’s just me standing up there with a mic.

A lot of people remember you fondly from the Weird Al Yankovic comedy “UHF,” which is hitting its 30th anniversary.

When you look back on that film, what’s a memory that comes to mind that makes you happy?

That movie actually was quite difficult for me. I was on a journey of becoming more independent rather than co-dependent, and I was trying to conquer my fear of being alone…when I was doing that movie. I went to Tulsa, Oklahoma to shoot it by myself. I rented a car by myself. I went to museums by myself, I even went to upscale restaurants and made a dinner reservation for one and sat at a table by myself, and I brought a book and I ordered a glass of wine. … It was really a turning point for me.

Do you still enjoy the film today?

I honestly have not seen it in a very long time, but I do have fond memories of it. … There were some really good people in it in hindsight. Not all of them were known then, but they certainly are known now.

Are you looking forward to doing more stand-up in the future?

Yes. I’m already booked to do a couple of shows. … I want to get at least an hour. Now I’m at a half hour. … I’ve been absorbed in another writing project. … I was supposed to do a pilot for NBC so I’m about to go into rehearsal for that. … I’m gonna probably do a daytime show for Bravo also. So a sitcom for NBC, a daytime show for Bravo, and I’m writing a Broadway musical with Peter. So it’s a busy time, a fruitful time, and I’m very grateful.

This Article is related to: Television and tagged Fran Drescher, Showtime, Stand-up, UHF