Once a staunch supporter of the tax incentive, Cuomo said he'd cut it to cover a budget shortfall while taking a dig at his Amazon opponents. 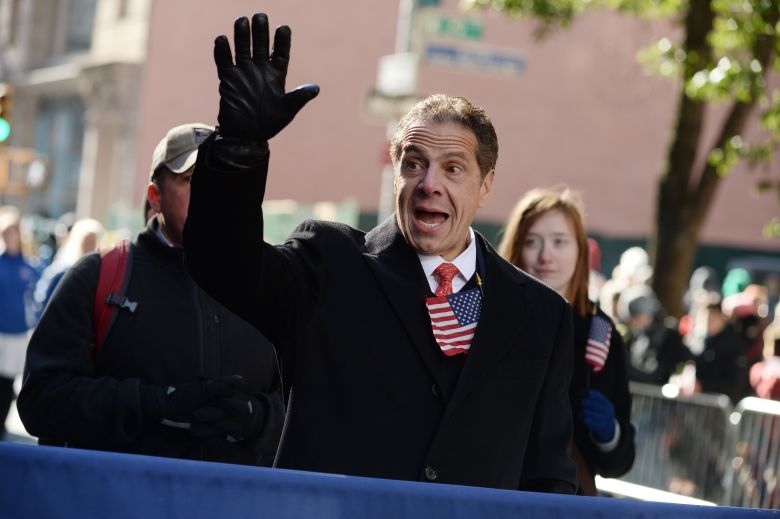 No one stuck his neck out further to lure Amazon to build its new HQ in Queens than New York Governor Cuomo. When Amazon walked from the deal due to protests over the fact it amounted to a $3 billion giveaway to the most valuable public company in the world, Cuomo let his displeasure be known.

The Governor, who believed the Amazon deal would be an enormous job creator, is now prepared to let the state’s $420 million dollar Film Tax Credit Program, which offers a 30 percent rebate on in-state below-the-line production costs, to be cut from the upcoming budget to prove his point.

“The Senate’s position was very clear on Amazon, ‘We are against tax incentives to bring business to New York.’ That’s why Amazon is gone,” Cuomo told reporters on Tuesday, according to the New York Post. “I can see them being wholly consistent…saying and ‘that’s why we’re against the film tax credit’ because it’s the exact same point.”

Cuomo has been arguing for weeks that the State legislature is overspending and its proposed budget is $3 billion over his proposed budget of $174 billion. As the Post points out, using the film tax incentive as leverage is a clear political shot at Senator Mike Gianaris from Queens, who was the key opponent to the Amazon deal, but whose borough has benefited from the New York production boom, with Silvercup Studios in his backyard.

Before the Amazon deal fell apart, Cuomo had been a staunch supporter of the Film Tax Incentive, which he himself has recognized as being responsible for the state’s current production boom, which includes over 60 scripted TV shows and seven late-night shows last season alone.

In fact, it was less than two years ago Cuomo led the charge in Albany to extend the incentive to 2022, sending a clear signal to Hollywood that New York would continue to be film friendly, as well as to developers looking to build new soundstages to meet the extreme demand for new production infrastructure.

Cuomo’s staunch support for the film tax incentive actually became a target for his primary opponent Cynthia Nixon, who initially argued, using language similar to that used to knee-cap the Amazon deal, that it amounted to a multi-million dollar giveaway to wealthy Hollywood studios. Yet the blowback Nixon received for attacking the popular program caused her to quickly reverse positions.

Cuomo started playing chicken with the film incentive earlier this year, leaving it out of his proposed budget to make room for the Amazon deal, but the assumption was that he or the legislature would add it back in before negotiations were all said and done. Cuomo’s current adopting of the language of his Amazon opponents could be mere posturing, but it does mark the first time the governor has publicly reversed his previous unbendable support of the program.

One thing is certain, elimination of the tax incentive would crater New York film production. In 2019, Hollywood’s math revolves around getting 25-35 percent back on below-the-line production costs (and above-the-line costs, in Georgia). Even Netflix, the one company that promised to not chase tax incentives, recently broke down and bought its own eight-soundstage studio in film-friendly New Mexico last year. One has to look no further than the production-barren Florida and New Jersey (which brought back its incentive this summer), to see how production flees a state once tax incentives are cut.

This Article is related to: Toolkit and tagged Andrew Cuomo, Tax Incentives