Was Leno civil to Monica Lewinsky during the Bill Clinton scandal in 1998? Not at all. 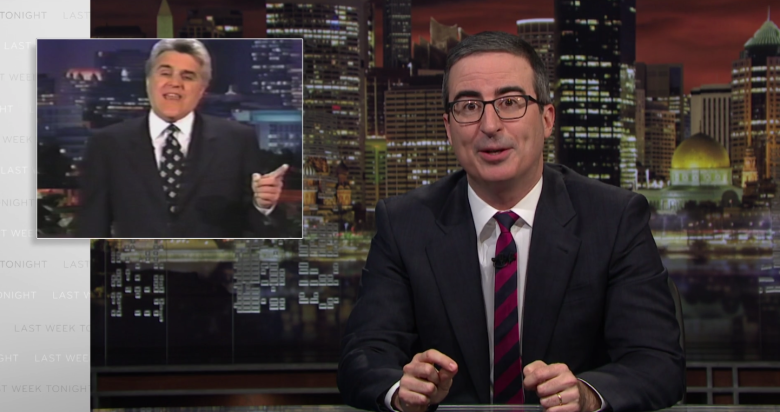 John Oliver openly criticized Jay Leno during the March 17 episode of his HBO late night series “Last Week Tonight.” Oliver was reacting to Leno’s recent “Today” show appearance, in which Leno crashed Fallon’s monologue to express his concerns over the political nature of late night television in the age of Donald Trump.

“Everything now is, if people don’t like your politics…everyone has to know your politics,” Leno said. “But when people see you are one-sided, it just makes it tough. I’d just like to see a bit of civility come back to it, you know?”

Oliver took issue with Leno asking for “civility” in late night, mainly because Leno wasn’t exactly the most civil host during his years hosting NBC’s “The Tonight Show.” Oliver provided proof by cutting to clips of Leno being inappropriate and flat out misogynistic while cracking jokes about the Bill Clinton-Monica Lewinsky scandal. Oliver was talking about public shaming at large and said Lewinsky went through “hell” at the hands of late night TV hosts, none greater than Leno himself.

In the clips from 1998 that Oliver aired for viewers, Leno was seen joking about the humidity in Los Angeles and how people’s clothing were “stickier than Monica Lewinsky.” Other jokes Leno made were about Lewinsky winning a Grammy for Best Organ Recital and Lewinsky’s closet housing a lot of DNA samples. During a different bit, Leno read from a fake Dr. Seuss-inspired book about the Lewinsky-Clinton scandal that is titled “The Slut in the Hat.”

As Oliver summarized, “And, if that’s what [Leno] means by civility, may I offer my new book: ‘Oh the Places You Can Go Fuck Yourself, Jay Leno!'”