The platform asserts the process is purely experimental and that different orders are not driven by demographic data. 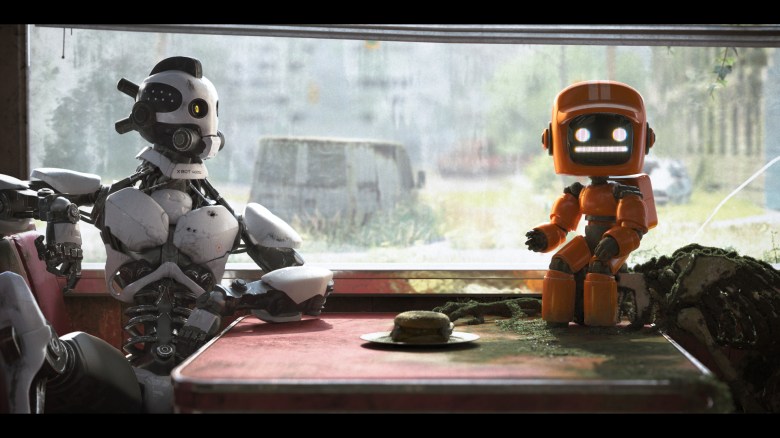 With “Black Mirror: Bandersnatch” and its new Bear Grylls series “You vs. Wild,” Netflix is experimenting with letting audiences pick the story direction of the series they watch. But a different unconventional approach to surfacing shows to subscribers has garnered some recent attention. “Love, Death, and Robots,” which premiered on the streaming platform last Friday, is an animated anthology aimed at an adult audience. From executive producers David Fincher and Tim Miller, the 18-episode collection spans different styles of animation and centers mainly on the three thematic groups in the title.

Some viewers are noticing that these installments are being presented in different orders, depending on the user. (For reference, this writer’s list begins with the Víctor Maldonado and Alfredo Torres-directed “When the Yogurt Took Over.”) The official Netflix Twitter account responded Tuesday to a thread claiming that this difference was tailored to the viewer’s identity or background.

We've never had a show like Love, Death & Robots before so we're trying something completely new: presenting four different episode orders. The version you're shown has nothing to do with gender, ethnicity, or sexual identity — info we don't even have in the first place.

A comment from Netflix to a reporter at Slate further clarified this process, stating that “these tests typically vary in length of time and by region, and may not become permanent.”

While this confirmation hasn’t come directly from Fincher, his reputation for being ultra-devoted to detail and presentation makes it hard to believe this didn’t come with his and Miller’s approval. The experimentation with episode order ties in with a sentiment Fincher expressed at a recent SXSW panel. Discussing the lack of a uniform length for the “Love, Death and Robots” episodes, the director asserted that series have the potential to be better when freed from traditional time limits.

“We have to get rid of the 22-minute [length of a half-hour show with commercials] and 48-minute [length of an hour-long show with commercials] because there’s this Pavlovian response to this segmentation that to me seems anathema to storytelling,” Fincher said. “You want the story to be as long as it needs to be to be at maximum impact or entertainment value proposition.”