The French-Mauritanian filmmaker gained international recognition with his feature debut, "Soleil O," which is being restored by Martin Scorsese’s Film Foundation. 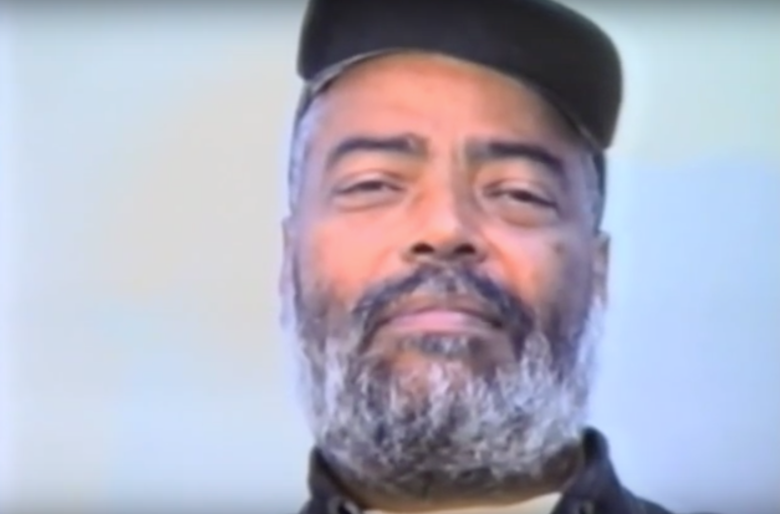 Rest as you lived, Med Hondo, in Power. https://t.co/vglzeUn9yX

An award-winning filmmaker who also gained attention in his later years dubbing African-American actors like Eddie Murphy and Morgan Freeman for their movies’ French releases, Hondo remains largely unknown beyond academic and cineaste circles. However, Hondo was a visionary whose work underlined the importance of the preservation of African history via the cinema.

Hondo’s films explored the nature of conflicts within the continent, and between the competing European powers, especially during colonialism. He provided the world with an alternative and necessary understanding of contemporary Africa. He was devoted to creating an African cinema that adopted an anti-imperialist approach to filmmaking, one that could counter Hollywood’s very limited African representation.

Born in Mauritania in 1936, Hondo moved to France in the late 1950s. He began as a stage actor, studying under French actress Françoise Rosay. Struggling to build a professional acting career in mainstream French theatre, Hondo founded a black repertory troupe in 1966 known as Shango, named after the Yoruba god of Thunder. Comprised of black Africans from Africa and the West, they toured France with plays by famed writers of Africa and its diaspora, including Martinican Aimé Césaire, and African-Americans like Imamu Baraka (Leroi Jones).

Hondo would eventually take his acting talents to the screen, appearing in several French TV series in the 1960s and early 1970s, making his theatrical debut as an extra in Jean-Luc Godard’s “Masculin Féminin” (1966). He followed that with roles in Costa-Gavras’ “Un Homme de trop” (1967), Robert Enrico’s “Tante Zinta” (1968), and John Huston’s “A Walk with Love and Death” (1969).

He gained international recognition as a director with his feature debut, “Soleil O” (1967), a low-budget black-and-white picture that took him four years to make. It follows an African migrant worker in France who suffers a mental breakdown after facing rampant racism. The film served as a critique of French colonialism on the African continent, and explored the roles that Mondo believed that radical leaders like Che Guevara and Malcolm X should have played in preventing the continuation of Western imperialism around the world.

Just last week, it was announced that “Soleil O” would be one of four African films to be restored and re-released by Martin Scorsese’s Film Foundation, as part of the African Film Heritage Project, in partnership with the Pan African Federation of Filmmakers.

Hondo went on to direct eight more features, including his first color feature, “Les Bicots-negres vos voisins” (“Arabs and Niggers, Your Neighbors,” 1973), which dealt with the everyday struggles with racism by black and Arab workers in France. 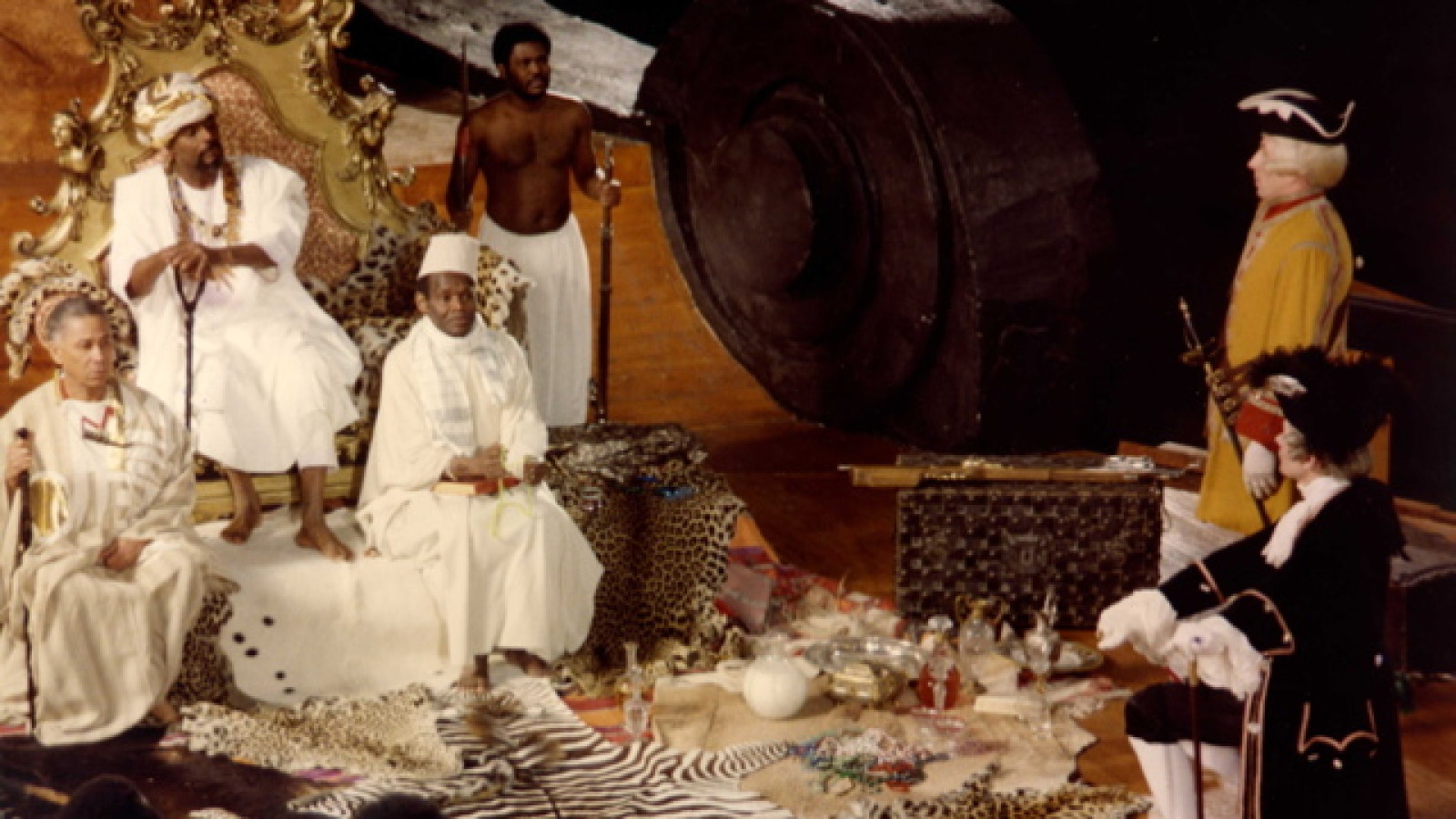 Between 1977 and 1979, he released two feature documentaries about the independence movement in Western Sahara — a former Spanish colony subject to a long-running territorial dispute between Morocco and its indigenous Saharawi people.

Hondo’s crowning achievement may have been 1979’s “West Indies: Les Negres Marrons De La Liberte” (“West Indies: The Black Freedom Fighters”). A landmark in African cinema, it was considered Africa’s first musical on film; it was based on “Les Negriers” (“The Slavers”), a play by Martinican writer Daniel Boukman that Hondo produced on stage several times.

By African standards, “West Indies” was a huge production; at $1.3 million, it was then the most expensive in African film history. That budget included building a slave ship on a stage set, on which the entire film was shot. It took seven years to realize, it’s a stunning piece of work that chronicles the African experience from the slave trade to the neo-colonialism of the period, while satirizing French imperialism in both Africa and the West Indies. It’s told with the stylistic flourishes of a big-budget American film, with a distinct take on the Hollywood musical.

First released in France in 1979, it wasn’t well-received — unsurprising, given its scathing critique of the country’s historical African interference. Over the next several years, it screened at a handful of international film festivals, including Venice, and was eventually released in the US in 1985, with the New York Times’ review calling it “revolutionary,” and “witty,” praising its “imaginative staging” and “very fluid visual style.”

For reasons not entirely clear, “West Indies” isn’t readily accessible to audiences, like most of his films.

His other major works include “Sarraounia,” a $2.5 million feature based on Nigerien writer Abdoulaye Mamani’s novel of the same name. It tells the true story of Queen Sarraounia of the Azna people in what is present-day Niger; during the “Scramble for Africa,” they fought French colonial troops in 1899 in a protracted guerrilla battle.

Hondo’s last film, the 2004 drama “Fatima, l’Algérienne de Dakar,” is set just after Algeria’s war for independence and follows a young woman’s quest to find the Senegalese army officer who raped and impregnated her.

Committed to work that would make plain the historical circumstances that contributed to the present-day global black experience, Hondo also spent years trying bring the story of Toussaint Louverture and the Haitian Revolution to the big screen.

“I decided to make films to bring some black faces to the lily-white French screens, which have been ignoring us and the black contribution to the world for years,” Hondo said in a 1986 interview with film historian Françoise Pfaff, for Jump Cut Journal. “People need films and television programs to explain Africa and the Africans and the discrimination faced by migrants in France. For three centuries due to historical circumstances, a whole people has been led to believe that it was superior to the people it had colonized. Such an ideology has not been eradicated in the past twenty years in spite of African independence.”

This Article is related to: Film and tagged Med Hondo, RIP