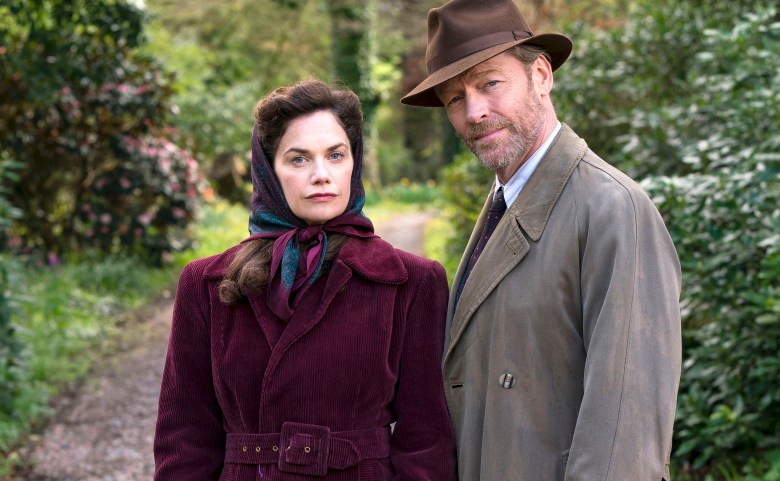 In the case of “Mrs. Wilson,” truth isn’t just stranger than fiction, it’s nigh unbelievable — and for the real women involved, it was devastating. Based on the true story of actress Ruth Wilson’s own grandmother, the BBC and Masterpiece limited series centers on Alison Wilson who suddenly becomes a widow in 1963. As she’s grieving her husband, a woman knocks on her door and claims she is the real Mrs. Wilson. It turns out that Alexander “Alec” Wilson (Iain Glen) had two families: two wives and two sets of grown children.

Such a lurid tale invites a natural curiosity, while its direct connection to Ruth Wilson, who plays her own grandmother Alison, makes it downright fascinating. Fortunately, this three-part Masterpiece and BBC co-production doesn’t rest on just the one shocking revelation. More surprises and lies are to be revealed. History may have provided the raw materials, but writer Anna Symon and director Richard Laxton deserve credit for crafting the story to create maximum suspense as Alison plays amateur detective, digging into her husband’s past through old acquaintances and documents to uncover a life of espionage.

The action shuttles back and forth through time to reveal flashbacks to early courtship, wartime, and other events as Alison cobbles together pieces of her husband’s love life and work. The jumps between decades can be trying at times, but they have a cumulative effect. As more and more unbelievable details unspool, a picture of an incredibly intelligent, troubled, and complicated man emerges. 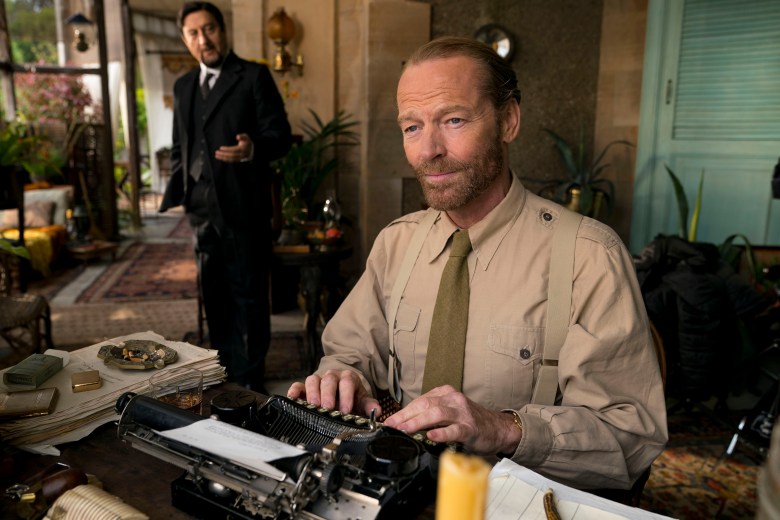 Glen, best known for playing the self-sacrificing Jorah Mormont on “Game of Thrones,” brings warmth and a surprising sincerity to a role that could have been played as slick or charming. Instead, he invites sympathy for a man who desperately wants it all … and more. While he’s creating a story for each wife and family, he’s also spinning yarns as a prolific spy novelist, and a good one at that. The amount of energy this man spends in fabrication is astounding. He has convinced those closest to him to believe his tales; perhaps he also wants to believe them himself.

It’s tempting to play armchair psychologist, but ultimately this is not his story. Alec Wilson is dead and gone by the time anyone realizes many of his tales don’t add up. As much as Glen portrays Alec with humanity, he still remains sort of a mythic figure, unknowable and just out of reach. Instead, this is the tale of the woman who reaped the rewards and the fallout of his decades of deception.

“Mrs. Wilson” was inspired by Alison Wilson’s memoirs, which she wrote to set the record straight for her sons about their father. While it may not have illuminated Alec Wilson’s motivations, it provided the best source material to play Alison — not that Ruth Wilson required any additional inspiration than empathy for her grandmother. The actress careens between joy, anger, and despair in what for her must amount to a role of a lifetime. And yet, even under that fragile hold on composure, she’s able to convey resilience in spirit. 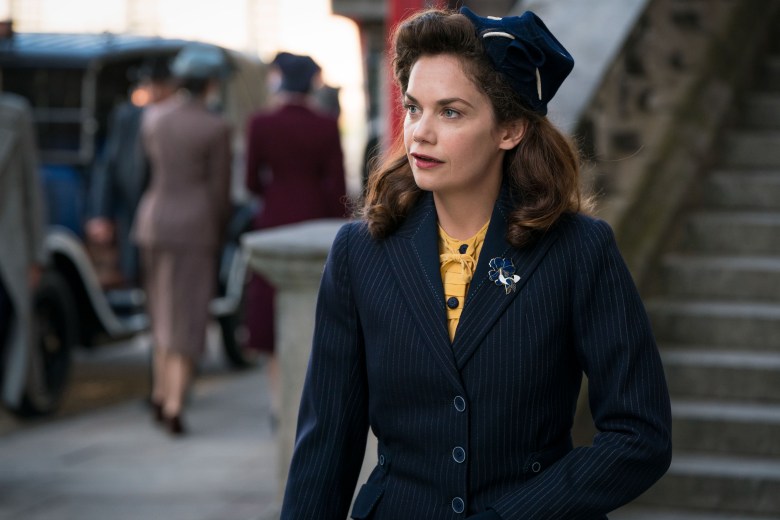 It’s refreshing to see Ruth Wilson this way, as the protagonist whose motives are more straightforward as opposed to the intriguing yet disorienting narratives seen in her previous work on “The Affair” and “Luther.” She leads a cast of fantastic women, including Keeley Hawes as a glamorous woman whose path also crossed with Alec’s, and the chain-smoking Fiona Shaw (“Killing Eve”) in a delightfully severe position of authority.

Much like Alec Wilson’s spy novels, much of “Mrs. Wilson” is a ripping adventure full of mystery, romance, danger, and travel to foreign lands. And while Alison’s perspective is grounded in deep and often agonizing emotions, the limited series doesn’t approach its storytelling with rancor or judgment. Instead, it gives justice to the women he lied to and allows them to retcon the deception and pain into something bigger. In the end, it’s Alison Wilson and her granddaughter who have become the ultimate storytellers in the family.