"You vs. Wild" will bring the "Bandersnatch" strategy to an outdoor survival TV show. 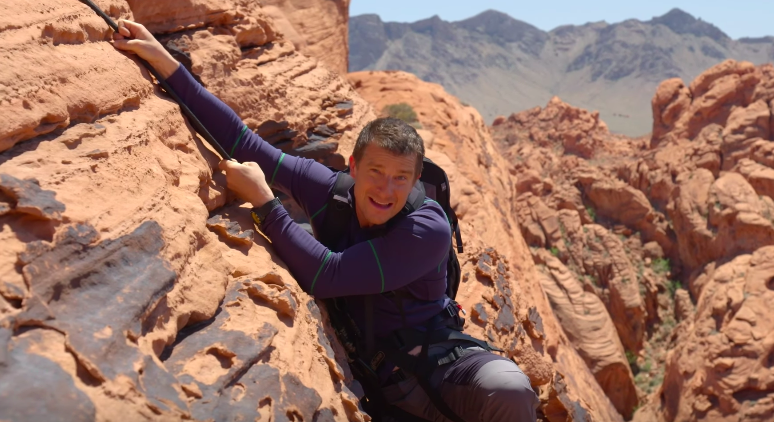 Last December, Netflix surprised its subscribers with a one-of-a-kind, multi-option installment of “Black Mirror.” “Bandersnatch” gave anyone with a remote the chance to shape the outcomes of its main characters, leading to ends both grisly and hopeful. In order to brave another unpredictable landscape — severe climates and natural habitats — Netflix is enlisting the help of Bear Grylls, one of the only guides that makes sense under the circumstances.

Each installment of this new series “You vs. Wild” will follow the legendary TV survival expert as he makes his way through extreme conditions across the globe. Presumably, Grylls has survived to promote the upcoming series, debuting next month on the platform. But the show looks to be taking the same kind of interactive approach to an unscripted outdoor survival series as it did with its popular sci-fi anthology.

In each of the season’s eight episodes, viewers will have the chance to direct Grylls’ methods of escape from precarious situations across snow-covered hillsides and forests with any number of natural threats. Though the series does present some treacherous terrains, “You vs. Wild” is designed to be a little more family friendly.

It’s part of a busy month for Grylls, who will also serve as a host on the upcoming NatGeo series “Hostile Planet,” which also tracks him through some of the most intense conditions on Earth, alongside some each area’s most dangerous animals.

As a bit of a warmup for the series, Netflix made the announcement of “You vs. Wild” via a handful of yes-or-no decisions delivered via YouTube, which end up in a short teaser. (Warning for any arachnophobes: Some choices involve spiders.)

You can watch the first one and decide the fate of all future entertainment options below:

This Article is related to: Television and tagged Bear Grylls, Netflix, You vs. Wild