The Netflix comedy about a quartet of high-school students returns for a second season later this month. 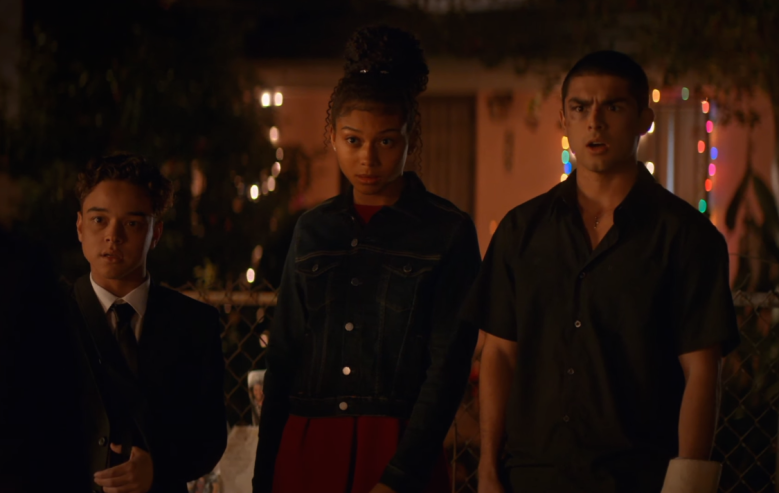 Finding a giant stash of cash is enough to change anyone’s life, but it looks like the Netflix series “On My Block” is following both the excitement and the anxiety that comes with a sudden windfall that big. In the trailer for the show’s upcoming Season 2, Jamal (Brett Gray) reveals to the rest of the show’s inner circle that he’s got a duffel bag full of money. In his words, “$200K in this neighborhood? Who wouldn’t be paranoid?” “On My Block” heads back to South Central Los Angeles to show how he, Ruby (Jason Genao), Cesar (Diego Tinoco), and Monse (Sierra Capri) handle the twin challenges of being a high schooler and navigating some of the complications of the street on which they live.

Last spring, this show from co-creators Lauren Iungerich, Eddie Gonzalez, and Jeremy Haft (who all co-wrote the series’ first episode) debuted and picked up a renewal within weeks. IndieWire’s Liz Shannon Miller reviewed the first season, writing, “It’s quite often very funny, in a way that leaves you disoriented, unsure if what you’re watching is a comedy or a drama, kid-appropriate or all too adult. It’s ‘Sixteen Candles’ meets ‘The Goonies’ meets ‘Boyz in the Hood,’ sometimes all at once, and it is chock full of feels.”

Whether or not this new batch of episodes lives up to that description will still take a few weeks to properly answer. But for anyone curious about how Season 2 kicks off, Netflix made the opening minutes of the first episode available to watch right now.

“On My Block” Season 2 premieres March 29 on Netflix. Watch the full trailer (including one of the best possible line readings of the phrase “bitches be bonkers”) below:

This Article is related to: Television and tagged Netflix, On My Block, Trailers