The series remains unchanged by fame — but the Fab Five get a mascot. 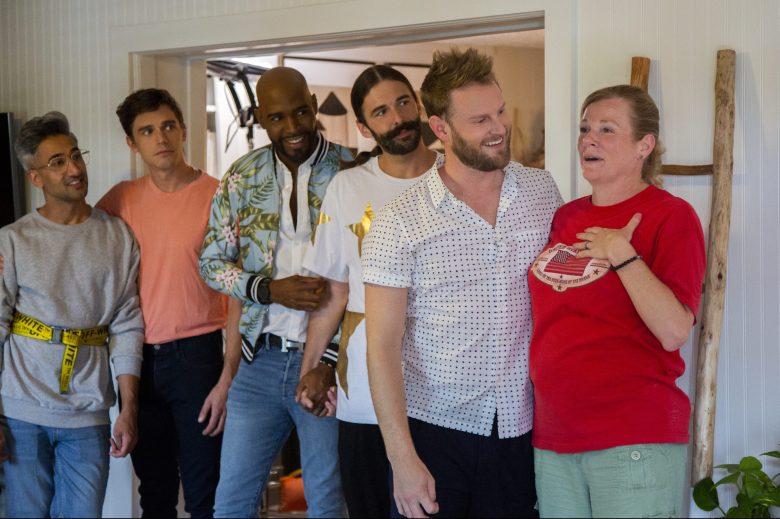 It’s only been 13 months since the world met Karamo, Jonathan, Tan, Antoni, and Bobby, but it almost feels like they’ve been a part of pop culture forever. There are no shortage of reasons for that, including the previously established legacy of the “Queer Eye” franchise, the significant press blitz for the series that never seemed to end, and the charming personalities of the men themselves, who manage to maintain those good vibes for a third season.

An important detail about what Netflix is calling Season 3 is that all the episodes of Seasons 1 and 2, set in Georgia, were shot at the same time and then later assembled into two separate seasons (even the Fab 5 didn’t know what order they’d appear in eventually).

This filming occurred well before the show premiered in February 2018, which meant that for the first 16 episodes, the Fab Five were an unknown quantity to the people whose lives they were invading. The biggest question for Season 3 became, then, whether their newfound fame dramatically change the established dynamic.

Season 3 opens with a montage of the Fab Five “road-tripping” from Georgia to their new home in Kansas City, Missouri (asking us to lean into the magic of television, and the illusion that this show exists in a place outside of space and time, and that the guys went straight from finishing Season 2 to filming Season 3). The sequence ends with them being greeted by waves from the locals as they enter. 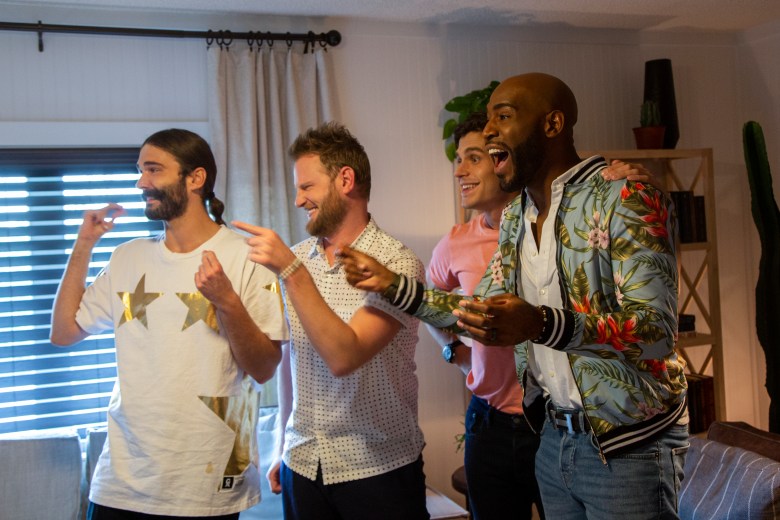 But after that point, there’s no noticeable shift in how the guys interact with their heroes, at least in regards to how their newfound fame has changed things. That said, there are more female subjects than ever before — which is to say, three episodes featuring a prison guard, a young black gay woman, and two sisters who run a barbecue joint. Plus, there are some narrative experiments that are fun to see in the framework of a reality show, including a “When Harry Met Sally”–inspired episode that brings in the stories of others. But the innate humanity of the show’s stories remains consistent.

The most notably important change for the show: the French bulldog Bruley, who lives with a neighbor to the Fab Five’s new Kansas City loft, and proves to be an important addition to the crew. (Okay, all Bruley really does is show up every episode to scavenge food and get pets, but he is a good boy.)

Hey guys, that’s me on the TV as the official @queereye loft dog! Season 3 is streaming now on @netflix #fab6 🌈❤️🌈

Season 3 also tones down one of the most problematic elements of Seasons 1 and 2, which would sometimes be uncomfortable when the guys put too much emphasis on the heroes’ romantic status. Sometimes it would lead to wonderful stories (for example, AJ from the Season 1 episode “To Gay or Not Too Gay” got married last year), but other times it would come off as an easy way to get a happy ending out of the episode. In this season, many of the heroes are already in relationships, and those who aren’t are just allowed to focus on their personal journeys (which is meant to be the point, anyway).

The message is much more focused on self-care as a result, as well as really pushing at the concept of gender roles, encouraging the heroes to challenge what defines them as male versus female, and breaking free of those conventions. This was always a thread of the series, but rises to prominence here: It’s not a question of queerness, but encouraging each person to find their own individual place in the world. 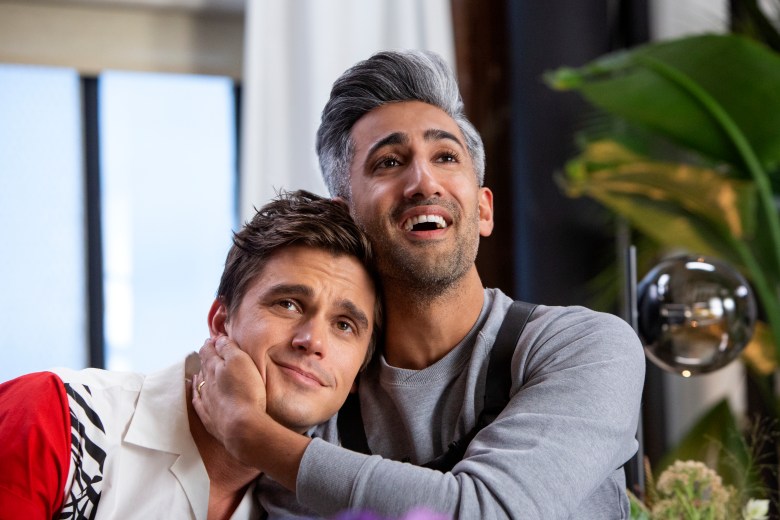 As always, emotions run high — there are at least two episodes in particular that, if you’re coping with the recent loss of a parent, might be triggering and/or healing for you. And as culturally sensitive as the show aims to be, it’s not flawless: One episode makes a poor choice by emphasizing the idea of having a “spirit animal,” a term which, when used by non-Native people, falls into the category of cultural appropriation.

As Twitter speaks out on that issue, it feels like another learning opportunity for all involved — all part of the show’s message about growing,and advancing.

So much of “Queer Eye” is about the battle against inertia, one of the greatest enemies of major life changes. It’s easy to watch this show and think to yourself, “Well, it’d be simple enough to fix my life if the Fab Five would just come to my house.” But the real message is that even without Bobby’s seemingly limitless budget for rebuilding homes and Tan’s ability to fill a closet with new clothes, change is possible for everyone. And when “Queer Eye” is at its best, it inspires the spark to do better.