"Trollhunter" director André Øvredal gets his biggest canvas yet to scare the living hell out of audiences. 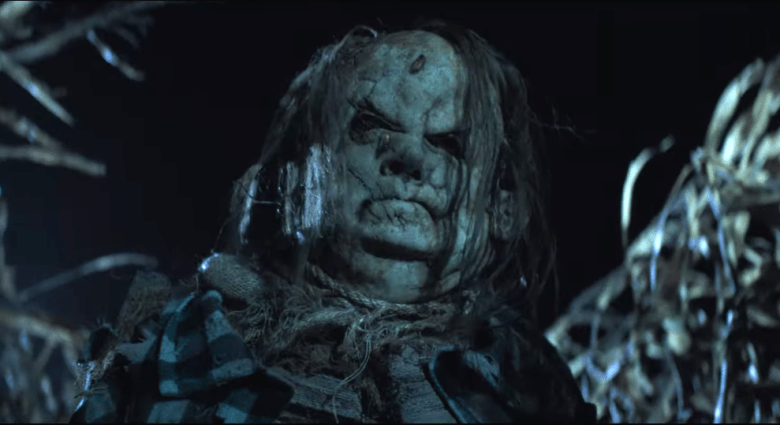 Alvin Schwartz’s hugely popular “Scary Stories to Tell in the Dark” series is finally making its way to the big screen later this year, and the official trailer from Lionsgate and CBS makes it clear the horror movie should have no problem giving audiences nightmares. The literary franchise consisted of three books, all of which have been pulled from by screenwriters Dan Hageman and Kevin Hageman for the upcoming feature film adaptation. Early teasers let it slip that fan favorite terrors the Red Spot and the Pale Lady would be included in the film.

The official synopsis for “Scary Stories” reads: “It’s 1968 in America. Change is blowing in the wind, but seemingly far removed from the unrest in the cities is the small town of Mill Valley where for generations the shadow of the Bellows family has loomed large. It is in their mansion on the edge of town that Sarah, a young girl with horrible secrets, turned her tortured life into a series of scary stories, written in a book that has transcended time — stories that have a way of becoming all too real for a group of teenagers who discover Sarah’s terrifying tome.”

Horror favorite Guillermo del Toro helped craft the “Scary Stories” adaptation and brought on “Trollhunter” and “The Autopsy of Jane Doe” filmmaker André Øvredal to direct. Del Toro has a story credit on the movie and also serves as one of the producers. The cast includes “Breaking Bad” favorite Dean Norris, Lorraine Toussaint, and a handful of young actors such as Zoe Colletti, Michael Garza, Gabriel Rush, and “The Walking Dead” actor Austin Abrams.

CBS Films and Lionsgate will release “Scary Stories to Tell in the Dark” in theaters August 9. Watch the official trailer below.

This Article is related to: Film and tagged Guillermo del Toro, Scary Stories To Tell In The Dark