The cult icon tells IndieWire why he was excited to join the Hulu comedy. 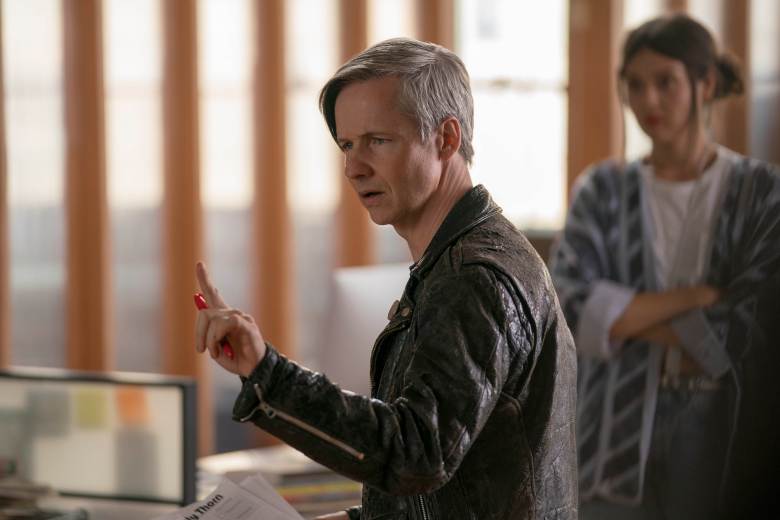 The last time John Cameron Mitchell was a series regular on a TV show was in 1997, when he was a supporting character on the short-lived Fox comedy “Party Girl,” starring Christine Taylor. Between then and now, the veteran actor and director became a cult icon as the creator of stage-show-turned-hit-film “Hedwig and the Angry Inch” — while also eventually discovering the joy of acting, as long as he’s “actually having fun instead of it feeling like my main thing.”

As a series regular on the Hulu series “Shrill,” Mitchell plays Gabe, Annie’s (Aidy Bryant) persnickety newspaper boss — a character technically based to some degree on writer and activist Dan Savage, with whom author Lindy West worked several years ago.

West’s battle with Savage over the topic of fat activism is a significant chapter of her original book, and when “Shrill” was first published, West told IndieWire, she was worried about how Savage would react. However, she described her eventual encounter with him as follows: “I ran into him on the street in Portland, randomly, like six months after the book came out, and I was like, ‘Hi. Are you mad at me?’ And he was like, ‘What? No.’ I was like, ‘You’re not mad about the book?’ And he was like, ‘No. What’s wrong with you?’ And I was like, ‘Okay. Bye.’ He was like, ‘No. Congratulations.’ Just like, happy for me and very sweet.” 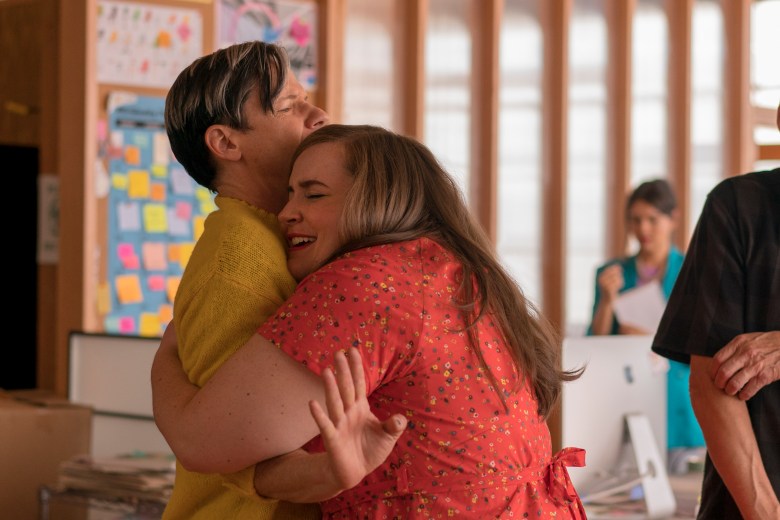 In transforming the book into a scripted TV show, much of “Shrill” was fictionalized, and thus the character of Gabe ended up being quite different from Savage. Mitchell, in fact, made a point of not reading the sections of “Shrill” which referenced the conflicts between West and her former boss, because he knows and likes Savage. Instead, he focused on what he knew about the character being created for the show. “I know what my character has to do, and I know how he does it,” he said. “His insensitivity and his reasonableness — because he’s running a paper.”

Added Mitchell, “I’m definitely a dick. But you can’t play a dick, you have to play someone that has strong needs that are opposing someone else’s. The boss always has to keep everybody afloat, you know what I’m doing, and I gotta do this and you don’t have time for your thing.” It was a performance, he said, that he modeled on directors he had worked with “that I never liked. More competent, but no one I really liked. You know, what I wouldn’t do.”

West said, while praising Mitchell’s work, that “he really developed the character’s backstory with us, and he always had ideas about jokes and dialogue. We were always like, ‘Great. You know him better than we do.’ When I say it’s not Dan, it’s really not, because it’s John’s character that he created. He just happens to be sort of occupying the space that Dan occupied in my life.”

The backstory for his character has plenty of material left to explore, Mitchell said. “There’s some stuff in [Gabe’s] past that hopefully will come out in later seasons. What does it mean to be a fifty-five-year-old former punk rocker?”

Mitchell credited Lena Dunham for getting him back into acting after a 15-year break — after doing a few episodes of “Girls” in 2013, Mitchell started doing more roles on that scale, including guest-starring appearances on “The Good Fight,” “Mozart in the Jungle,” and “Vinyl.”

Although he is a series regular on “Shrill,” his appearances only required about a day a week of work during production, leaving him to work on his podcast and enjoy Portland life the rest of the time. “Maybe the way Portland goes is the way we will eventually all go, which I would be very happy with,” he said. “There is a sense of holistic-ness there that I love, which is like, find that part of you that works, find your artisan within. The ambition is personal as opposed to institutional, like in LA and New York.” 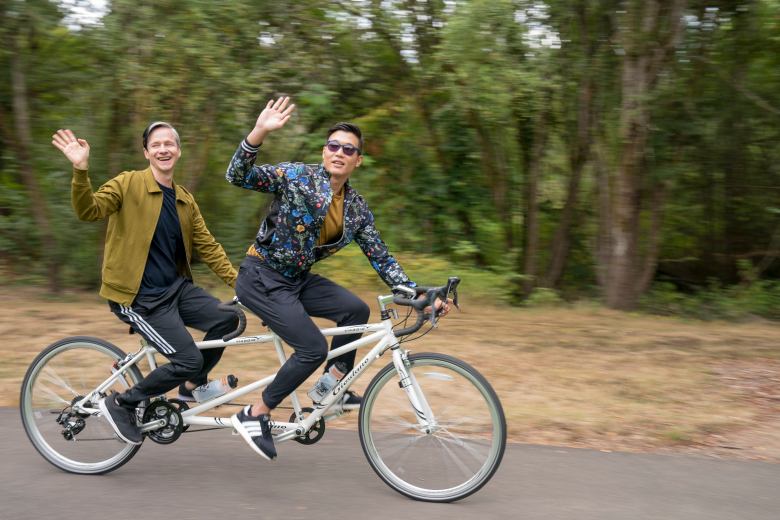 However, he feels at home in New York — or at least when he’s surrounded with New York people, because when it comes to the projects he wants to take on, a key factor is now the people he’ll be working with. “The Kings, Lena Dunham, Terrence Winter on ‘Vinyl’ — these shows that are made by New York people and have all these great theater people,” he said. “They’re time clock people; you know you’re there, you know when you leave. There’s less of a diva stuff going on — Patti LuPone and Christine Baranski and Meryl Streep are workers. The joke is that they’re actors but they’re not crazy. You know what I mean, they’re not full-on TV people who are not in the real world.”

“Shrill,” meanwhile, wasn’t a New York show, but “the intentions and the quality of what it is” made it an experience Mitchell cherished. “And I was even more pleasantly surprised after seeing it,” he said. “It’s not a shtick, it’s not ‘Fat Girl in the City,’ it’s not wonk-wonk. Even just the pace of the thing, with real people in absurd situations… This doesn’t feel like a vehicle. It feels like a true collaboration, trying to address stuff about feeling like an outsider and finding yourself. I mean, power, in the weird time called now.”

And future potential seasons have Mitchell excited. “Characters are able to change — Mary Tyler Moore, which this might be a descendant of, right? Her character didn’t really change much. Lou Grant, Ed Knight, Sue Ann Nevins, Betty White, they were fun — but now is the opportunity to see if [‘Shrill’s’ characters] can really change. Sitcoms used to be, we know the character, we know what they’re going to say. They don’t change much. But we are capable of change.”