Laure de Clermont-Tonnerre tells IndieWire that while "wonderful" programs like the one dramatized in her feature debut remain in short supply, she's optimistic about change. 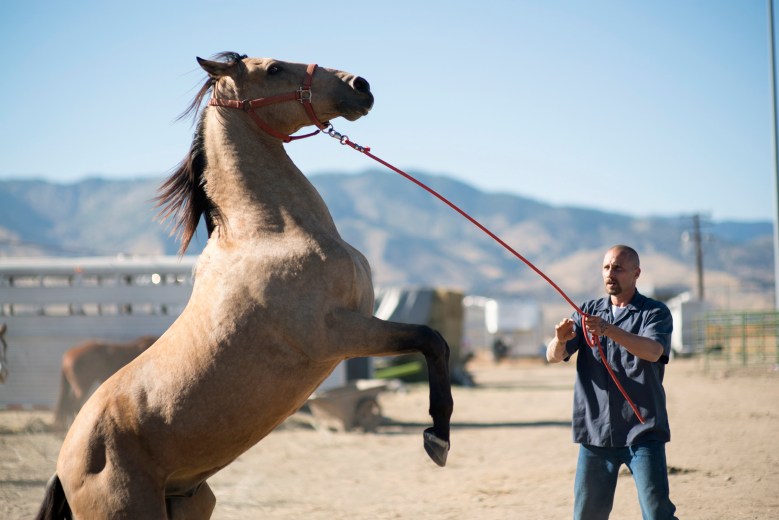 Actress-turned-filmmaker Laure de Clermont-Tonnerre’s feature-length debut “The Mustang” focuses on the still-unique process of animal therapy treatment for prisoners, and she researched the project by witnessing the French program up close. It was a gamble for the female director. “I was surrounded by those men and it was a very masculine environment,” she said in a recent interview. But that disconnect ended up working in her favor. “I felt that was easier for them to open themselves to me, as a woman,” she added. “I got this wonderful trust from them that allowed them to go pretty deep into the psyche of the characters.”

De Clermont-Tonnerre didn’t know much about animal therapy treatment, until she happened upon a piece in a French magazine about the use of it in prisons nearly five years ago. “Therapists were entrusting small animals to inmates in this prison in Strasbourg, like rabbits, mice, chinchillas, birds,” she said. “I was very intrigued by those odd pairings.”

Eventually, she reached out to a therapist and asked to spend a few days observing the process for herself. “It was very heartbreaking, because I could see very lonely men suffering from anger, and completely closed off, trying to open themselves to the small animals,” de Clermont-Tonnerre said.

That experience inspired her to write her next short, “Rabbit,” which follows a female prisoner as she attempts to connect with a therapy bunny inside her cell, which then led to her feature-length debut, “The Mustang.” The prison-set drama stars Matthias Schoenaerts as Roman, a convict caught in a cycle of violence and crime he can’t seem to break, until he’s given the chance to participate in a program that focuses on rehabilitation through the training wild horses.

In her years of research, including dozens of interviews with prisoners in the American penal system, de Clermont-Tonnerre said she found the connection with her subjects with ease. “I never felt like an outsider, or I never felt like a stranger,” she said. “I was researching so much and I spent so much time with a lot of men, listening to their stories and talking with them. They felt safe.”

She decided to set the film in a mustang rehabilitation program in Carson City, Nevada. Each year, the Bureau of Land Management rounds up a small number of wild mustangs and burros that roam the American West, in hopes that they will be adopted by willing owners. Before that, some of them are gentled and trained by prisoners in the Nevada Department of Corrections system. De Clermont-Tonnerre sparked to the story, and wanted to use it to build out film that was about “teaching men how to behave and how to reconnect with themselves.” 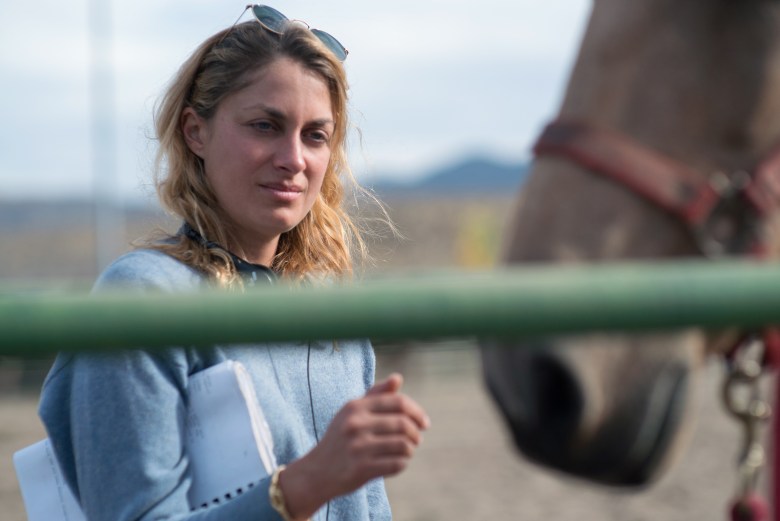 Laure de Clermont-Tonnerre on the set of “The Mustang”

And it had to be men: She gender-swapped the roles when she discovered that the program is currently only available to male inmates. “I felt that it was kind of obvious that it was a story about a man and a horse,” she said. “It really says something about this masculinity and vulnerability.”

Armed with all her research and insight, the filmmaker aimed for maximum veracity, filming the project at a former prison and even casting a trio of recently released prisoners who had participated in the program while incarcerated. They included Thomas Smittle, who de Clermont-Tonnerre had interviewed for the film while he was still in prison. “He was still very confused about being back in a society, but he was very sure about working with horses,” she said. “He said, ‘The horse saved my life and this what I want to do with the rest of my life, working with horses.'”

De Clermont-Tonnerre admitted that joining the film wasn’t an easy ask for Smittle, who is training to be a horse trainer, but the filmmaker found that the support and confidence that the program had instilled in Smittle helped him feel secure in taking on the role. “He was helping so much [with] the actors, sharing stories and bringing a lot of authentic elements and truth,” she said. “It was wonderful to have him. He was so natural, so emotionally involved, and it was not easy for him, but he loved it.”

There are two other former prisoners in the film — like Smittle, they had recently been released when the filmmaker offered them the gig — and de Clermont-Tonnerre said that, just like Smittle, she found their help “invaluable.” She also noted that both of them now have full-time jobs and one of them even adopted one of the wild horses from “The Mustang.”

She hoped their experiences, and the movie itself, might fuel further discussions about the expansion of the rehabilitation program. “This country really needs it. They have some [programs],” she said. “They should have much more. … Some prisons come up with a lot of opportunities, like a journalist school or a cinema school or firefighter department. It’s a lot of contrast. It’s kind of like the subject of rehabilitation in America: very morally contrasted, narratively contrasted, and visually contrasted. It’s the most incarcerated country in the world, but [prisons] have also come up — some of them, and unfortunately it’s very minor — with the most wonderful program in the world, which is this animal therapy.”

The filmmaker added, “People who actually are [in them] get reconciled with themselves, their family, find a sense to their life, have a future and hope, and believe in a second chance.”

Focus Features releases “The Mustang” in theaters on Friday, March 15.

This Article is related to: Film and tagged Interviews, Laure de Clermont-Tonnerre, The Mustang