Paul Rudd played the ballplayer-turned-spy in last year's "The Catcher Was a Spy." 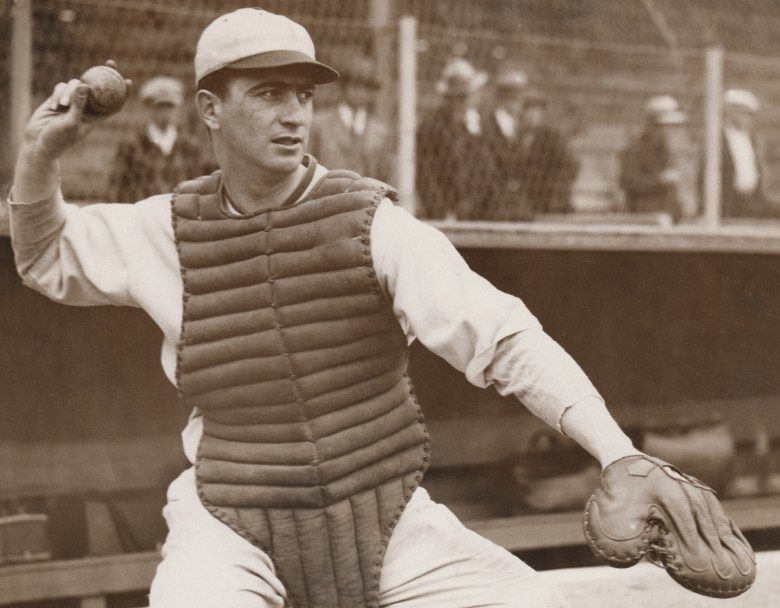 The trailer has been released for “The Spy Behind Home Plate,” Aviva Kempner’s documentary about ballplayer-turned-spy Moe Berg. Paul Rudd starred as Berg in last year’s “The Catcher Was a Spy,” meaning that World War II and/or baseball obsessives can plan their own fact-and-fiction double header. Watch the trailer below.

Here’s the synopsis: “In this first ever feature-length documentary about the enigmatic Berg, Kempner again focuses her camera on a little-known Jewish hero. From the streets of Newark to five major league teams during baseball’s Golden Age to his secret life spying for the OSS during WWII…Berg’s improbable story is told with rare historical footage and revealing interviews with family and an All-Star roster from the worlds of history, sports and spy craft.”

That the trailer is being unveiled on Major League Baseball’s Opening Day is no coincidence, as Berg was a 15-year veteran who played for five different teams. His on-field career wasn’t especially memorable — he posted a career batting average of just .243 batting average — but his missions in Italy, Yugoslavia, and Switzerland made him an MVP in his own right.

Described as both “the brainiest guy in baseball and “the strangest man ever to play baseball,” Berg’s MLB career was preceded by an extensive education at Princeton University and Columbia Law School; he also made a memorable appearance on “Information, Please,” a radio quiz show, during which he revealed his knowledge of Greek and Latin, among other topics.

“The Spy Behind Home Plate” arrives in theaters on May 24.

This Article is related to: Film and tagged The Spy Behind Home Plate, Trailers