CBS All Access will drop two episodes of the rebooted series on April 1. 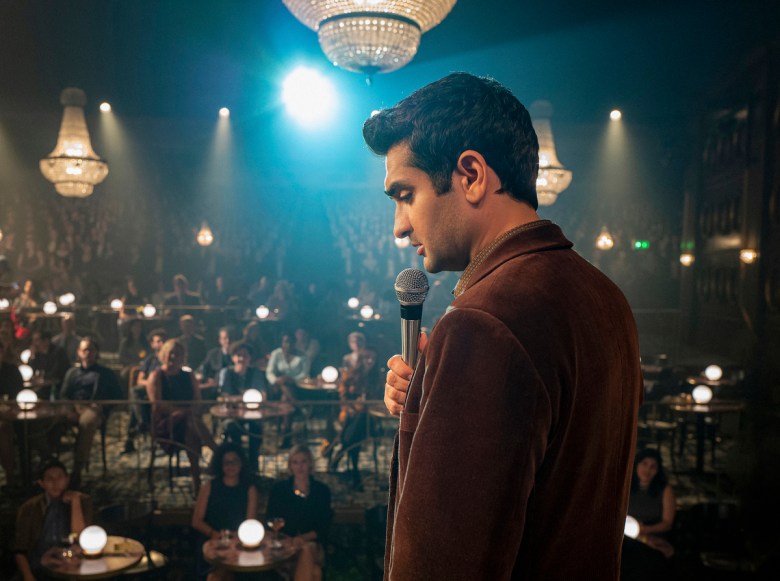 What price fame? Kumail Nanjiani is about to find out when he steps onto the stage of “The Twilight Zone.” CBS All Access revealed the trailer for the first two episodes of its anthology series reboot on Monday.

In the trailer below, Nanjiani plays the titular standup comedian Samir Wassan who frequents a little comedy club called Eddies (as in eddies of water perhaps). He’s struggling to find his voice when a mysterious man played by Tracy Morgan appears and seems to offer him the answer to his dreams. Sounds too good to be true? Of course! When one fan says that Samir “totally killed it,” it’s a foreboding sign of what’s in store for Samir and his ambitions. This is “The Twilight Zone” after all where twists are commonplace and human frailty is spotlighted and found wanting.

The episode, written by Alex Rubens (“The Last OG,” “Key and Peele”), will be one of two “Twilight Zone” episodes kicking off the series for CBS All Access. The reboot is produced by CBS Television Studios in association with Jordan Peele’s Monkeypaw Productions and Simon Kinberg’s Genre Films. Peele and Kinberg serve as executive producers along with Win Rosenfeld, Audrey Chon, Carol Serling, Rick Berg and Greg Yaitanes.

Nanjiani recently co-wrote, with his wife Emily V. Gordon, and starred in the Oscar-nominated and critically acclaimed film “The Big Sick,” which is a fictionalized take on their real-life relationship and how they first met. He’s best known as Dinesh on HBO’s Emmy Award-winning comedy “Silicon Valley.” Nanjiani was also seen at the Apple Live Event on Monday touting his upcoming new series “Little America,” which would highlight everyday untold immigrant stories. The new Apple TV series are expected to be available in the fall, once the new Apple TV + slate of original programming launches.

Watch the trailer for “The Comedian” below:

But wait, there’s more! Adam Scott stars in the second episode released for the premiere, “Nightmare at 30,000 Feet.” As “Twilight Zone” fans know, this is a direct reference to the classic episode “Nightmare at 20,000 Feet,” starring William Shatner as a man recently recovered from a nervous breakdown who starts to become unhinged when he’s the only one who sees a gremlin on the wing of his plane mid-flight. The new series will take a new angle on what’s troubling Scott’s character. Take a look:

”The Twilight Zone” premieres with two episodes on Monday, April 1 on CBS All Access.

This Article is related to: Television and tagged Adam Scott, CBS All Access, Kumail Nanjiani, The Twilight Zone