"Us" presented a physically-demanding challenge for Nyong'o and her fellow co-stars. 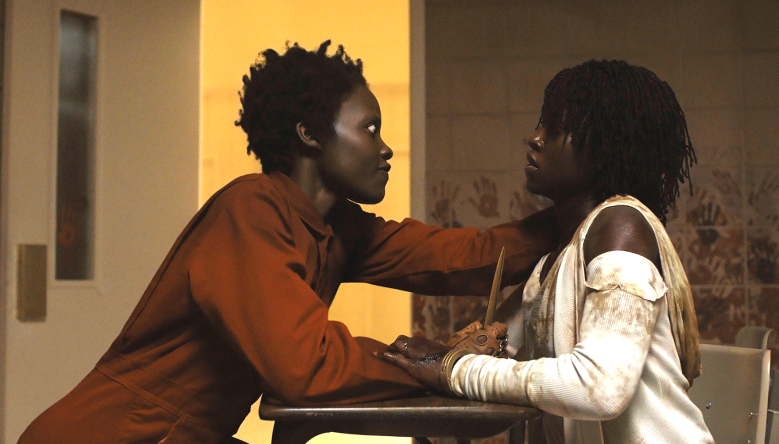 Anyone who saw “Us” over its record-breaking opening weekend knows what a physically-demanding challenge it must have been for its four main actors: Lupita Nyong’o, Winston Duke, Shahadi Wright Joseph, and Evan Alex. Each actor plays two characters that have polar opposite movements, gestures, and postures. In a recent interview with HuffPo, the film’s choreographer Madeline Hollander reveals she began working with Nyong’o and the cast on their character movements four months prior to filming.

Hollander was originally brought on solely to consult on the final confrontation between the two characters played by Nyong’o. The climactic scene intercuts the fight between Adelaide and her doppelgänger, Red, with a flashback of the character performing “The Nutcracker” ballet. Hollander has starred in countless productions of “The Nutcracker” and was hired by Peele to map out how the actual ballet could mirror the fight scene between the characters.

“I went in with a million ideas of how to kind of invert and distort this very classical, iconic variation that is usually a pas de deux between the Sugarplum and Cavalier and kind of fuse them together into this one frenetic role and take it into the underpass world,” Hollander said. “I created a parallel dance that would happen simultaneously but kind of be like as if the ballet dancer on top was almost puppeteering the other dancer so that she would be kind of slamming against the walls but still in the tutu and trying to kind of continue the dance.”

Nyong’o does not actually perform any ballet dances in the movie, but Hollander and Peele still had the Oscar winner train for ballet in the months before production started. As Hollander explained, a trained ballet dancer would not move or carry herself like a non-dancer, so it was important for Nyong’o to become familiar with the way ballet changes how one holds the neck and spine. Being a dancer would also give Adelaide a unique set of skills to rely on during the home invasion.

“The scene where Lupita is handcuffed to the coffee table and reaching for the fire poker, I was like, ‘OK, well, I would never reach for that with my hand. I can’t reach it,'” Hollander said. “I pick up things with my toes all the time. A dancer would pick that up with her toe and very articulately lift it out of its holder and bring it into her hand, which is what she ended up doing. Those are details that maybe are not going to get picked up as choreography, per se.” 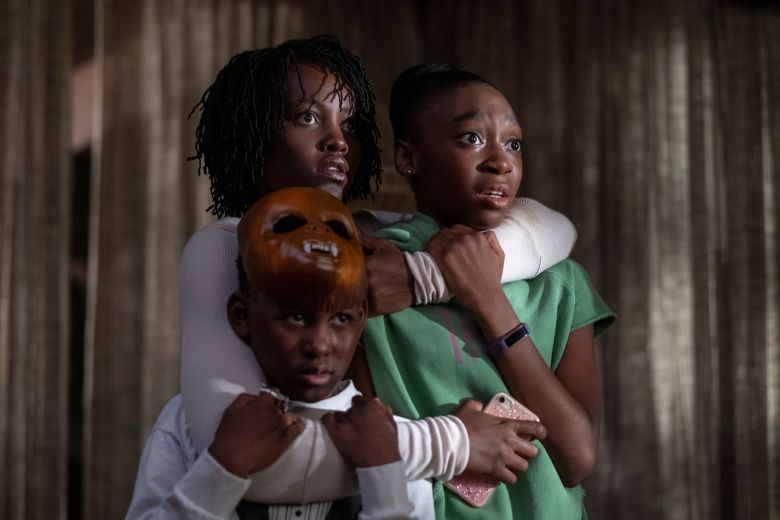 Nyong’o worked with New York ballet trainer Fabrice Herrault every morning for three hours, then had meetings with Hollander to go over how her character’s history as a dancer would affect her movements. As Hollander explained, the two would “go through the script and practice everything from gestures that would align with the lines she was speaking to the way she was sitting, how you would sit at the beach, how you would stand up, sit down, how you’d get in and out of a car, how you might stretch your arm after a long drive, ways that you would stand, not stand.”

“That was developing Adelaide’s character, and then the other character was trying to figure out what’s the opposite,” the choreographer continued. “How would you make something graceful really creepy? For me, it’s all about anticipation. That other character is always three steps ahead, so it’s almost like there’s no acceleration ever. It’s always a constant rate, the way that she moves, kind of using a Pac-Man path. She knows how to get there, and she knows exactly how to time it to get there.”

Another training exercise Hollander had Nyong’o work on in order to perfect the physicality of Red was walking backwards. Adelaide’s doppelgänger needed to come off all-knowing and powerful and Hollander said walking backwards helped Nyong’o elevate her sense of self-awareness.

“She started using her back more than her front,” Hollander said. “That was kind of our warmup, actually, to move throughout a space backwards for enough time that it kind of expands your peripheral vision and you start to use your back as your set of eyes.”

Visit HuffPo for more on Hollander’s work on the film’s choreography. “Us” is now playing in theaters nationwide from Universal Pictures.

This Article is related to: Film and tagged Jordan Peele, Lupita Nyong'o, Us