After the SXSW premiere Peele addressed the “very clear meaning and commentary” in a film about role fear is playing in American politics. 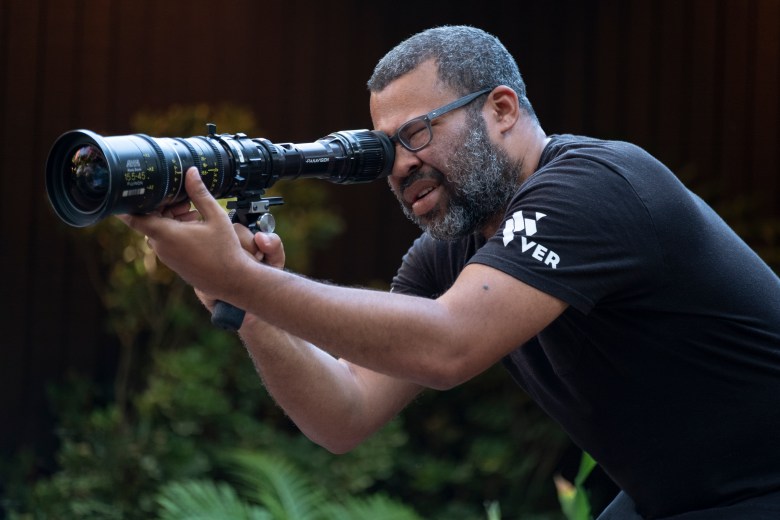 Jordan Peele’s “Us” got one of those premiere audiences a filmmaker dreams. The raucous opening-night SXSW crowd was a mix of badge-holding fans who waited in a seemingly endless line (at least two hours) along with Hollywood celebrities and power players, all anxious to see how the director’s follow-up to the success of “Get Out” would play. Chairperson Donna Langley and eight other Universal executives even flew out to Austin to show their support, a clear sign of how serious the studio is about being in business with Peele and his Monkeypaw Productions.

The energy amped up when, before the movie, Peele gave a shout out to his stars in attendance. Much to his surprise, led by Lupita Nyong’o standing and doing a little dance, each cast member took the moment of recognition to get the crowd even more excited.

Peele’s movie had no problem shaping the Paramount Theater energy, as the collective gasps and laughs were loud and in unison as the audience went on the horror-thriller ride. Anecdotal evidence to be sure, but the success of SXSW premiere only bolsters predictions that Peele and Universal have a hit on their hands.

Like “Get Out,” Peele’s genre film wants to be taken seriously for its societal commentary. While the provocative themes of the film aren’t as easy to identify as race is in “Get Out” – a film about an African American (Daniel Kaluuya) visiting his white girlfriend’s family for the first time – Peele made clear in his intro that the film “is about a lot of things.”

“Us” tells the story of a financially comfortable family (Nyong’o and “Black Panther” star Winston Duke play mom and dad) who, while on vacation in Santa Cruz, find themselves under attack by their vengeful doppelgangers. Nyong’o and the cast on the red carpet acknowledged the obvious theme that humans are often our own worst enemies, but Peele, in response to a question from the audience after the film, went further to spell out the film’s political meaning.

“I have a very clear meaning and commentary I’m trying to strike with this film, but I also wanted to design a film that was very personal for every individual,” said Peele. “On the broader stroke of things, this movie is about this country. And when I decided to write this movie, I was stricken by the fact we are in a time where we fear the other. Whether it is the mysterious invader that we think is going to come and kill us, take our jobs, or the faction that we don’t live near that voted a different way than us. We’re all about pointing the finger and I wanted to suggest that maybe the monster we really need to look at has our face. Maybe the evil is us.”

Without referencing President Trump supporters or the immigration debate, the political implications of Peele’s statement made clear that “Us” was meant to challenge both the left and right during these politically fractious time.

The SXSW Film Festival takes place in Austin, Texas March 8-17, 2019. “Us” will be hitting theaters nationwide on March 22.

This Article is related to: Film and tagged Jordan Peele, Lupita Nyong'o, SXSW, Us