"Wonder Park" is a kiddie movie without a credited director, and that's exactly what it feels like. 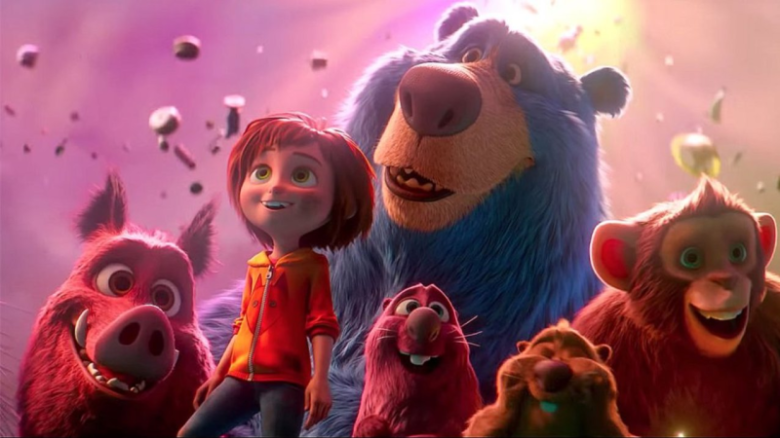 The most notable thing about Paramount’s “Wonder Park” — a sugar-addled “My Neighbor Totoro” ripoff with a beautiful message and a hideous everything else — is that the movie seems to have been made without a director. That’s not an insult, it’s a fact: Behold what might be the only IMDb page where the writers get top billing.

Perhaps that’s a damning indictment of a production that never found its way. More likely, it’s an honest reflection of how most $100 million animated films are made these days; “Wonder Park” doesn’t feel like the result of a coherent artistic vision as much as it does the result of a Rube Goldbergian workflow so convoluted that it’s a miracle the finished product even cuts together. [Note: Director Dylan Brown was fired for “inappropriate conduct” in January 2018]. Like a rickety wooden roller-coaster with just enough momentum to pull off a vertical loop, the movie is only sustained by its own momentum, and might be too manic for young kids to notice or care that it’s falling apart. And yet, for all the resources that went into its creation (and all the other, better animated fare that it cannibalized along the way), “Wonder Park” is hard to forgive for making so little of its material.

Have you ever spent a day at Six Flags and thought: “The only thing that could make this place better is if it were a clumsy metaphor for staying positive while a parent gets treated for cancer?” If so, “Wonder Park” is the movie for you. June (engagingly voiced by Brianna Denski) is a brilliant and adorable eight-year-old girl whose massive green eyes are almost the size of her brain. A budding engineer with an overactive imagination, June spends every night dreaming up a magical amusement park with some help from her mom (a well-cast Jennifer Garner) and a small army of stuffed animals. They call it Wonderland, an enchanted kingdom where June’s dolls come to life and lead people of all ages from one incredible ride to the next (imagine an enchanted park that’s like Disney World without the physics, or Wonkaland without the egregious number of preventable deaths).

Young June, however, isn’t content with visiting this place in her mind. No, she’s determined to make it a reality. One early scene — the most grounded and legibly kinetic setpiece of a film that soon careens out of control — finds our irrepressible heroine turning her entire neighborhood into an impossible course for her go-kart (much to the chagrin of June’s nervous best friend Bunky, who only goes along with it because he’s got a giant crush on her). It’s a sequence that feels as if it was shoplifted right out of “Phineas and Ferb,” though “Wonder Park” makes a visceral point of emphasizing the sheer chaos of June’s creative drive.

And then, just before June is set to leave for math camp, she learns that her mother is sick. The word “cancer” is never uttered, but kids of a certain age are often shielded from the specifics. June is devastated, and downtrodden in a way that she can’t square with her natural spark. She tries to make sense of this, telling herself that she isn’t afraid of what will happen to her mom in the hospital, but anxious over how her dad (Matthew Broderick) is going to survive at home by himself for the summer (cue several amusing glimpses of the helpless father subsisting on a diet of ice cream and television).

June freaks out and abandons camp, but the girl’s escape is interrupted when she stumbles upon something unbelievable in the middle of a forest: A life-sized version of the actual Wonderland, complete with all the fantastical attractions and talking animals that she and her mother dreamed up. Only the place is empty and decrepit, haunted by an ominous purple cloud and stalked by an army of adorable Chimpanzombies. And so writers Josh Applebaum and André Nemec (whose credits include the similarly restless “Mission: Impossible — Ghost Protocol”) set the stage for a strained parable about the balance between imagination and practicality — a nice story to show kids how the unavoidable darkness in life is necessary to help them see the light. 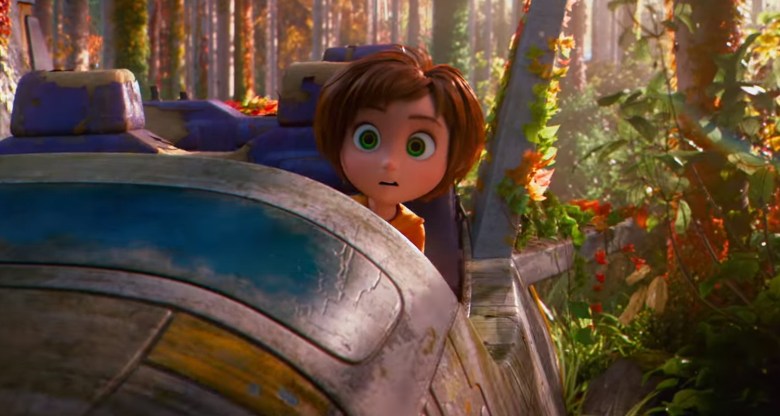 The rides are fun: There’s something called a “Sky Flinger,” which loads passengers into a giant hamster ball and hurls them across the park. The talking animals are not. Boomer the narcoleptic welcome bear (Ken Hudson Campbell) is the best of the lot; he was hibernating when the park went haywire, so he keeps falling asleep in the middle of even the zaniest scenes. Steve the safety specialist porcupine also has an identifiable personality, even if John Oliver voices him like a warm-up exercise for his role as Zazu in “The Lion King” (though it’s not as if Oliver is an actor known for his range, or — for that matter — an actor). The rest of the characters blend together. Mila Kunis is stuck playing a sensible boar, while Ken Jeong and Kenan Thompson are little more than hyperactive background scenery as maintenance beavers who never get anything to do.

Last and most likely to invade your child’s nightmares is Peanut, the P.T. Barnum-esque Chimpanzee who ran Wonderland before he disappeared when the darkness came. Voiced with chilling affectlessness by the (otherwise) extraordinary Broadway star Norbert Leo Butz, Peanut is a bit too evolved for the movie’s own good. Meant to be an avatar for June’s loss and confusion, Peanut drops into “Wonder Park” with all the rage and repressed violence that Andy Serkis brought to “War for the Planet of the Apes.” He’s consumed by the same darkness that June is trying to ward off, but the generic CG character designs aren’t capable of expressing that kind of nuance, and Peanut is lost somewhere between childlike wonder and spiteful hostility. He isn’t on screen very often, but his every appearance feels off somehow, as if his scenes were entirely assembled from the subliminal flashes of porn that Tyler Durden cut into kids movies. 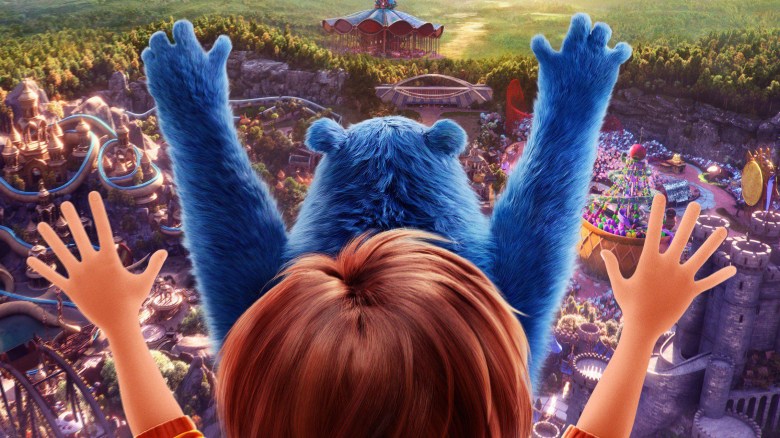 The problem could be that “Wonder Park,” like so many of the less refined 3D animated films that Hollywood churns out, is just upsetting to look at for more than a few seconds at a time. The plastic designs feel like the products of a soulless, Skynet-like artificial intelligence that’s hellbent on lowering kids’ standards so that they’re more tolerant of mediocrity and artlessness when they come of ticket-buying age. June’s massive eyes make it easy to read her emotions, but impossible to believe them.

That lack of a human touch can also be felt in the animal characters, who have all the expressiveness of emojis (save for Peanut of course, who has the tortured psyche of a serial killer). The park itself has been created with an admirable degree of attention to lighting, but these occasional flourishes of realism only reinforce how low-rent the rest of the elements are. And while the CG world allows the “camera” to move around the park at breakneck speed, just because it can doesn’t mean that it should. The recklessness of the direction — not that we know who was responsible for that — results in a movie that’s as unmoored from the laws of gravity as it is from the actual feelings of grief.

No one’s asking for “Wonder Park” to match the crushing power of “Cries and Whispers,” but the final two-thirds of this film are too inane and abstract for kids to retain even the most superficial lessons about how to be strong when their world is falling apart. June is so scared of losing her mom that she loses herself along the way, and this movie gets lost along with her. Of course, it’s only a matter of time before the girl realizes that the bad things in life are what make it possible to appreciate the good. Perhaps the beauty of that moral is enough to make “Wonder Park” worth visiting. Or perhaps it’s just enough to leave you with a greater appreciation for all the other places you can go.

Paramount will release “Wonder Park” in theaters on Friday, March 15.

This Article is related to: Film and tagged Reviews, Wonder Park