Michelle Williams looks to upset Patricia Arquette in a race that's as close as they come. [Updated September 16] 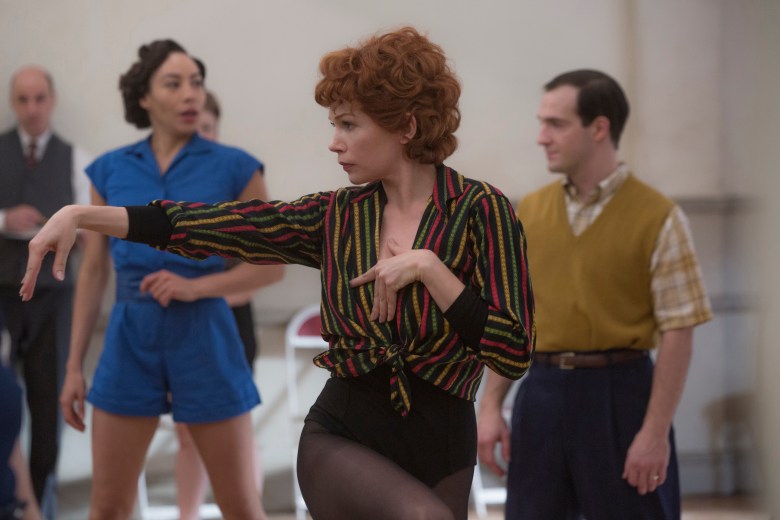 Last Year’s Winner: Regina King, “Seven Seconds”
Still Eligible: No.
Hot Streak: Helen Mirren is the only actress to win consecutive trophies in the Best Actress in a Limited Series category, and even though she’s been nominated six times for playing Detective Jane Tennison in “Prime Suspect” (and won twice), she won her back-to-back trophies for two different programs. She won in 2006 for HBO’s “Elizabeth I” and then again in 2007 for “Prime Suspect: The Final Act.”
Fun Fact: Helen Mirren has the most wins (four) and the most nominations (10) in the category’s history, but it’s worth noting she’s only ever been nominated in this Emmy category — save for in 2002, when she was nominated for Best Actress in a Limited Series and Best Supporting Actress in a Limited series, for “The Roman Spring of Mrs. Stone” and “Door to Door,” respectively. Laura Linney and Patty Duke are tied for the second most wins in the category, and each have been nominated for other Emmys. (Linney even won another Emmy for Best Guest Actress in a Comedy Series.)
Notable Ineligible Series: Sarah Paulson in “American Horror Story: Apocalypse;” Reese Witherspoon and Nicole Kidman, “Big Little Lies;” anyone from “Fargo” or “American Crime Story.”

At the bottom of this page are IndieWire TV Critic Ben Travers’ predictions for Outstanding Lead Actress in a Limited Series or TV Movie. This article will be updated throughout the season, so make sure to keep checking IndieWire for all the latest buzz from the 2019 race, and read predictions in the other categories as well. The Creative Arts Emmy Awards take place, September 14 and September 15. The 71st Annual Primetime Emmy Awards will take place at the Microsoft Theater in downtown Los Angeles, CA September 22. Fox will broadcast the ceremony.

Patricia Arquette made it happen. The recent Oscar winner for “Boyhood” is now a dual nominee at the Emmys, for both her supporting role in Hulu’s “The Ask” and her lead performance in Showtime’s “Escape at Dannemora.” Now, she already won an Emmy back in 2005 for “Medium,” but she’s got a chance to triple her total in 2019 — and she’s off to a good start. She won the Golden Globe and Screen Actors Guild Award already, topping fellow nominee Amy Adams, and now she’s staring a fresh set of competitors.

…led by Michelle Williams. The TV Academy’s response to “Fosse/Verdon” is strong, but their love for Williams and her stunning turn as Gwen Verdon is intense. She received a standing ovation at the show’s FYC panel, and critics are raving about her encapsulation of Old Hollywood’s beloved dancer and actor. If anyone can top Arquette, it’s her — but “When They See Us” is looming, as well.

The Netflix limited series dominated the acting categories, earning more nominations than even the streaming giant could have counted on. In the Lead Actress race, they’ve got two contenders: Niecy Nash and Aunjanue Ellis. This is Nash’s third nomination in the last five years, and she’s yet to win. If voters feel she’s overdue, or really want to honor the show, she’ll get plenty of votes.  Ellis, meanwhile, is new to the Emmys, and while this probably isn’t her year, she should have a bright future with the TV Academy ahead of her (and a helluva night party with the cast).

That leaves Amy Adams (“Sharp Objects”) and Joey King (“The Act”). Adams was the frontrunner back when her HBO limited series premiered, but previous losses to Arquette cut back on her buzz, as has the sheer amount of time since people were talking about “Sharp Objects.” There wasn’t a buzzier show one year ago, but a year is a long time. King, though, should be riding a wave for “The Act,” which seems to be one of Hulu’s better seen series. It will be hard for the young star to compete with the big names on this list, but her performance speaks for itself.

This Article is related to: Awards and tagged Amy Adams, Emmy Predictions, Emmys