The actress is reprising her superhero character in this summer's "Dark Phoenix." 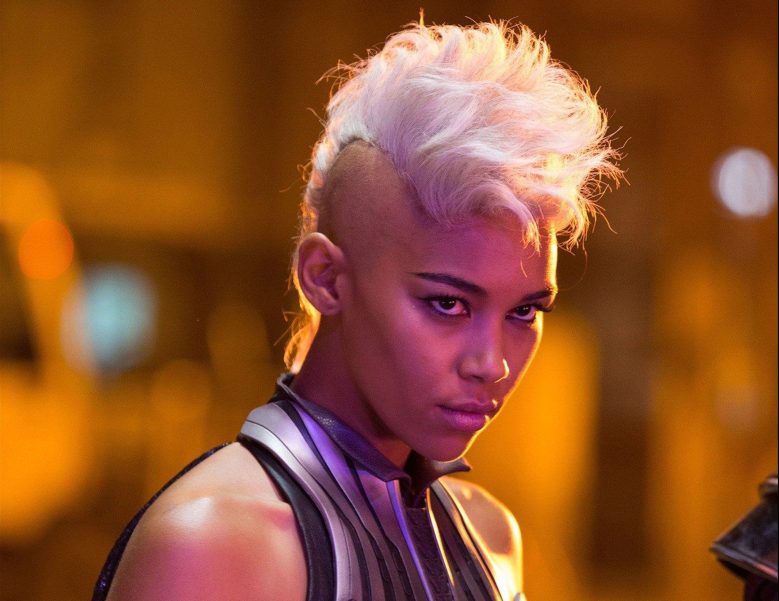 Rising star Alexandra Shipp got a major breakthrough when she was cast as young Storm in Fox’s “X-Men” franchise starting with 2016’s “X-Men: Apocalypse.” An older version of the character was famously played by Halle Berry in multiple “X-Men” movies, and Shipp is reprising the superhero role in this summer’s “Dark Phoenix.” The actress promoted the upcoming tentpole at WonderCon over the weekend (via CBM) and knocked the X-Men movies for not giving her character much to do.

Shipp was asked by a reporter about the Disney-Fox merger and whether or not she would be excited for Storm and other X-Men to join the Marvel Cinematic Universe. Shipp answered, “I would and I wouldn’t because Storm barely has anything to say as it is. I don’t know about [the other actors] but like we never talk. So it would be really nice if we weren’t piled into yet another jam-packed cast, in which you only see me in the back of the shot like fucking sasquatch.”

Whether or not Shipp continues as Storm under Disney’s supervision remains to be seen. Now that the X-Men characters can be used in the Marvel Cinematic Universe, rumor has it the roles will be recast so the characters can start fresh. One comic book storyline centers around Storm and Black Panther’s romance and marriage, which is theoretically possible on the big screen under the Disney-Fox merger. Shipp, however, hopes the MCU doesn’t go there.

“No! No, I don’t think Storm needs T’Challa, and I think she needs her own movie,” Shipp said when asked about whether there should be a cinematic romance between the two superheroes. “It doesn’t have to be me, it just needs to be made. A woman does not need a man in order to give her validity and she has also been around longer than him.”

Shipp’s Storm will be back on the big screen when “Dark Phoenix” opens nationwide June 7.

This Article is related to: Film and tagged Alexandra Shipp, Dark Phoenix, X-Men