"These efforts are not always perfect," the network said in a statement. 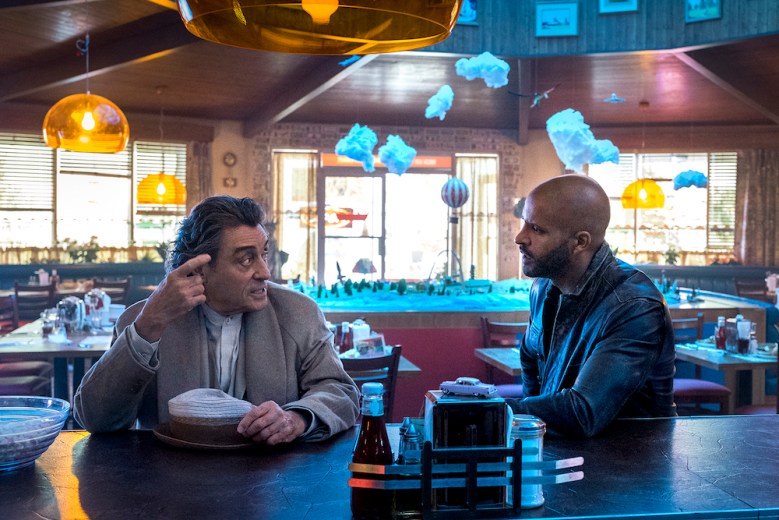 Starz has apologized for reporting tweets linking to articles about TV piracy, acknowledging in a statement that it went too far after episodes of “American Gods” apparently leaked online. The tweets in question were from Torrentfreak, an outlet that reports on piracy and peer-to-peer sharing, and the articles linked did not contain information on how to download the leaked episodes.

“The techniques and technologies employed in these efforts are not always perfect, and as such it appears that in this case, some posts were inadvertently caught up in the sweep that may fall outside the DMCA guidelines,” Starz said in its statement. “That was never our intention and we apologize to those who were incorrectly targeted. We are in the process of reviewing all of the impacted posts as well as the scope and procedure for the previous takedowns and are working with our vendors to reinstate any such content that was inappropriately targeted for removal.”

Piracy has been a growing concern for TV networks in recent years, with some high-profile shows (especially the just-returned “Game of Thrones”) often being illegally downloaded millions of times. In addition to having Torrentfreak’s tweets taken down, Starz’s efforts also led to tweets about the situation written by journalists taken down (see below).

“The article reported that there are people on the internet infringing copyright, but that’s a far cry from being an infringement itself,” digital-rights group Electronic Frontier Foundation (EFF) said in a tweet that received a DCMA take-down request of its own.

As for “American Gods,” its long-awaited second season debuted on Starz last month and will air its finale on April 28. Bryan Fuller and Michael Green served as showrunners of the first season and were replaced by Jesse Alexander after writing approximately half of the scripts for its second go-round; Alexander was then removed in September of last year, leaving director Chris Byrne and line producer Lisa Kussner in charge of the series.

This is Kafka-esque: I posted yesterday about Twitter removing a tweet from TorrrentFreak because it contained a link to an article about pirated copies of Starz shows appearing online (with no links to said content). Twitter has now removed my tweet linking to that story pic.twitter.com/pKF4VCRSit

This Article is related to: Television and tagged American Gods, Starz