Her starring role in "Pet Sematary" is just one small way the actress-filmmaker is expanding her profile in film and television. Amy Seimetz wouldn’t say if she was among the many women directors that Marvel reportedly contacted about directing “Black Widow,” the long-awaited spin-off around the sole female superhero from “The Avengers,” but her coy smile gave a lot away.

“I’ve taken meetings on a lot of these things, and then I back away, because I don’t want to get stuck,” she said. “It’s not really my voice, and I think it’s important for women to do commercial movies, but when they do commercial movies, they continue to have a sphere to develop their voice, as opposed to suddenly jumping to a Marvel movie.”

It’s a philosophy that speaks to her unique career trajectory. It was late afternoon at New York’s Bowery Hotel, where the restless 37-year-old was in town from Los Angeles to be honored by Rooftop Films at the nonprofit screening series’ annual fundraising gala April 8.

The timing was serendipitous: Thousands of theaters were screening the remake of “Pet Sematary,” in which she had a starring role. She squeezed the gig in between cross-platform writing gigs — a first-look TV deal at F/X and a mysterious studio feature she might end up directing as well. And she co-stars in Madelieine Olnek’s “Wild Nights With Emily,” a playful lo-fi riff on the life of Emily Dickinson, now in limited release.

But even as her profile grows, it’s the Rooftop event that epitomizes her world: Scrappy, risk-taking, community-oriented creatives keen on traversing the industry with one foot in the indie world every step of the way. As she sat by the window with a handwritten speech for the evening and a glimmering bottle of rose, Seimetz considered the winding path of the past decade.

“There was no intellectual plan to whatever I’ve been doing,” she said. “It’s me focusing on my own work and then suddenly getting opportunities. A lot of people that I work with think that you just suddenly make something and you’re suddenly successful. For me, that wasn’t the case. I worked a long time, and I worked for free a long time. I had many jobs outside of the film industry. I didn’t grow rich. I fought tooth and nail to learn my craft. I’m so much more about longevity, understanding your craft, and finding out what you’re searching for.”

Over the past decade, Seimetz accumulated street cred in a spate of low-budget festival offerings as both actor and director, emerging from the same ecosystem that birthed Greta Gerwig and Barry Jenkins. While those evolving auteurs catapulted to mass acclaim, Seimetz’s has followed a subtler route, oscillating between roles in film and television in tandem with her complex filmmaking ambition. 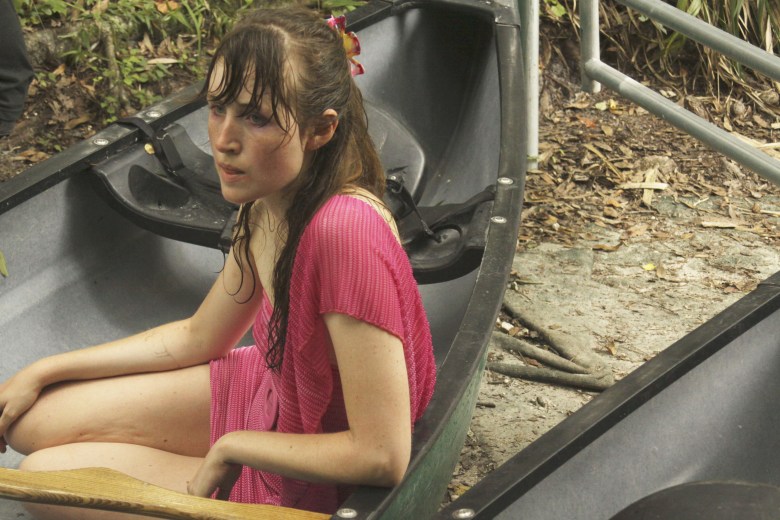 But in some ways, her output has been more consequential than her peers. In 2019, you have to make a lot of different stuff to stay relevant across a dense arena of competing platforms and new media. Seimetz’s gripping Florida noir “Sun Don’t Shine” scored her a high-profile TV gig adapting Steven Sodbergh’s “The Girlfriend Experience” into an acclaimed series for Starz;  that led to a handful of episode gigs on “Atlanta.” As a filmmaker, Seimetz’s shorts, feature, and TV work all center on dark psychological intrigue and jittery suspense. The unnerving scenarios of “Sun Don’t Shine” and “The Girlfriend Experience” reflect a distinctive vision of American unrest.

At the same time, her acting career has ranged from supporting gigs on “The Killing” and “Family Tree” to more prominent ones in Ridley Scott’s “Alien: Covenant” and that starring gig in “Pet Sematary,” which opened in second place at the box office. However, she said she turns down a lot of offers to make room for her writing process. “I’m actually really territorial about my writing and directing,” she said. “It takes time because I want it to be mine. I’ve turned down a lot of pilots and other people’s scripts.”

Which brings us back to that meeting with Marvel: Seimetz keeps herself busy, and giant tentpoles have a tendency to take time. “They told it had to be a three-year commitment, and that they were very collaborative,” she said. “As an auteur, I was like, ‘That sounds like a lot of notes. I want to cut this meeting short by saying I love what you do, but I don’t think this is going to work out very well.’”

For someone who self-identifies by using the “A” word, Seimetz has to elaborate: She hasn’t directed a feature since 2012’s “Sun Don’t Shine,” and while Soderbergh hired her to make “The Girlfriend Experience” with complete autonomy, she doesn’t consider her 13-episode arc on that show to be her sophomore effort. But that experience, and her burgeoning acting career, complicated the timeline. There was “Upstream Color,” the mind-bending 2013 sci-fi odyssey that starred her opposite her former partner Shane Carruth, a 14-episode stint on “The Killing,” and then “Girlfriend Experience,” which was an education unto itself. “I had something I wanted to direct,” she said, “but there were also the opportunities that arose that I never thought I’d have.”

It shows: Seimetz’s “Girlfriend Experience” episodes, about a former escort (Carmen Ejogo) in witness protection, amount to a slow-burn, inquisitive character studies that probe the potential for a cinematic atmosphere to function in an episodic format. That experience helped her build the discipline of working on a bigger set. “I delivered behind the scenes,” she said. “I’m happy about that aspect, which nobody really talks about. I’m not a believer in popping up and being super-famous for 15 minutes.” 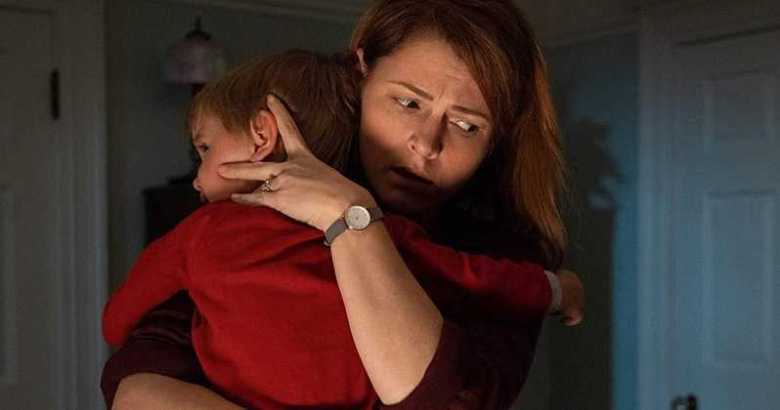 Nevertheless, she has embraced bigger acting opportunities as a means of absorbing the challenges involved in studio production, only without the pressure. “I’m sort of a spy when I got into these things,” she said. “Now I know how to run a budget or handle a crew, so I don’t know why I’m worried about $40 million instead of $10,000. It sounds really sneaky, but it’s really lovely to have access to a set like that.” She felt no distinction between acting in “Pet Sematary” and the roles she’s played in low-budget features from stalwarts like Swanberg and Ti West. “It doesn’t matter what the machinery is,” she said. “It comes down to the camera, you, and whether you understand the narrative. It has always been that way.”

While the ecosystem for microbudget films had an exotic allure when the festival invites started coming in, Seimetz felt comfortable moving on. “To be honest, at a certain point, independent film stopped being new,” she said. “I had to surrender to the idea that studio movies could be the new thing. I had more access to bigger budgets as an actor than what I was getting as a writer-director, and it actually ended up being a strength for me — this moment where I could learn the language of it.”

Seimetz’s life story is a series of stops and starts. After studying experimental film in her native Florida, she drove cross-country to San Francisco and eventually settled in Los Angeles. She co-founded the avant-garde comedy duo Machu Piccu with Anne Maddox, made inroads with various directors, and snaked her way through the festival circuit. She had a bit part in Lena Dunham’s “Tiny Furniture,” various Swanberg movies, and the midnight crowdpleaser “You’re Next.” Then 2012 brought her back to reality, and her roots, when her dad died.

Back in Miami, Seimetz found herself hanging out with the Borscht filmmaking collective, a ragtag group of locals who produced her short film, “When We Lived in Miami.” She had started to think through plans for “Sun Don’t Shine,” a gritty of tale of lovers on a lam across the vacant Florida landscape. She was sad about her loss and excited for the future at once. “It was just an awful year, but I was finding a new footing with these guys who I just loved dearly,” she said. “I just felt really aligned with all these crazy-assed Florida people.” In the middle of that time, she flew to Los Angeles for a quick two-day trip to audition for a small role on Christopher Guest’s HBO series “Family Tree.” Then she returned to Miami.

“I was at lunch with the Borscht people, and I got the phone call that I got ‘Family Tree,’ and I started screaming, and then they started screaming,” she said. “It was such a small part. But it felt like all of this was adding up to something, and I’m with people who have been in the trenches with me.”

And that’s where she planned to stay. “I’m happy to coast on my public presence, but I don’t want to be a famous person,” she said. “I have all of my TV stuff, and the stuff I’ve written on a studio level, but it doesn’t fill the vacuum of making an independent film. There is a nastiness of wanting fulfillment when you’re an artist.”

The sky darkened and cast the room in a yellowish hue. She took a final swig of rose. “The other thing to understand is that I feel complete control over what I write and direct,” she said. “I have this knowledge that I can always go back and make a film for, like, no money. If this is working out, I can go back and make what I truly want. It functions on a different level, but you can never hang yourself on laurels.”

This Article is related to: Film and tagged Amy Seimetz, Pet Sematary