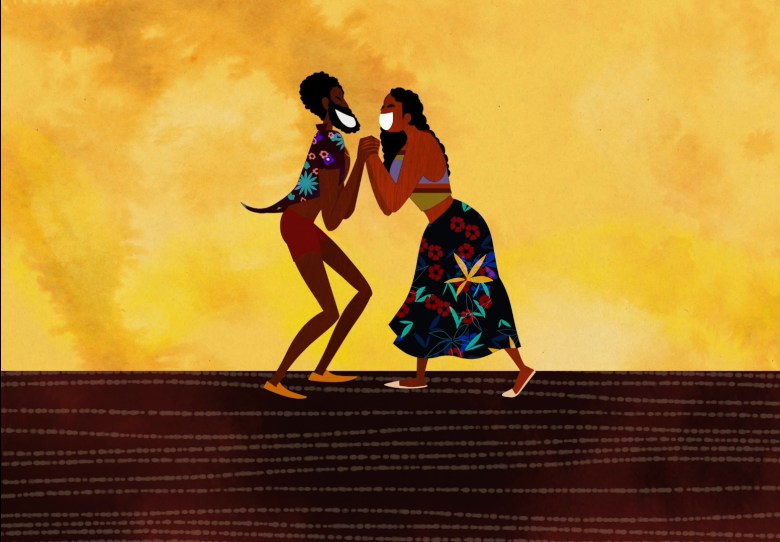 But with precious little information about the secretive project, Six Point Harness had to be boldly imaginative in hooking Glover and Murai. “We soaked up inspiration from numerous sources,” said Harness creative director, Greg Franklin, “from calypso-styled wall art of the 1960s and ’70s; to ephemeral, exotic travel posters by Pan Am; to diverse painters of fine and pop art, ranging from Henri Rousseau and Robert Lyons to Ernie Barnes and Wilfredo Lam.” 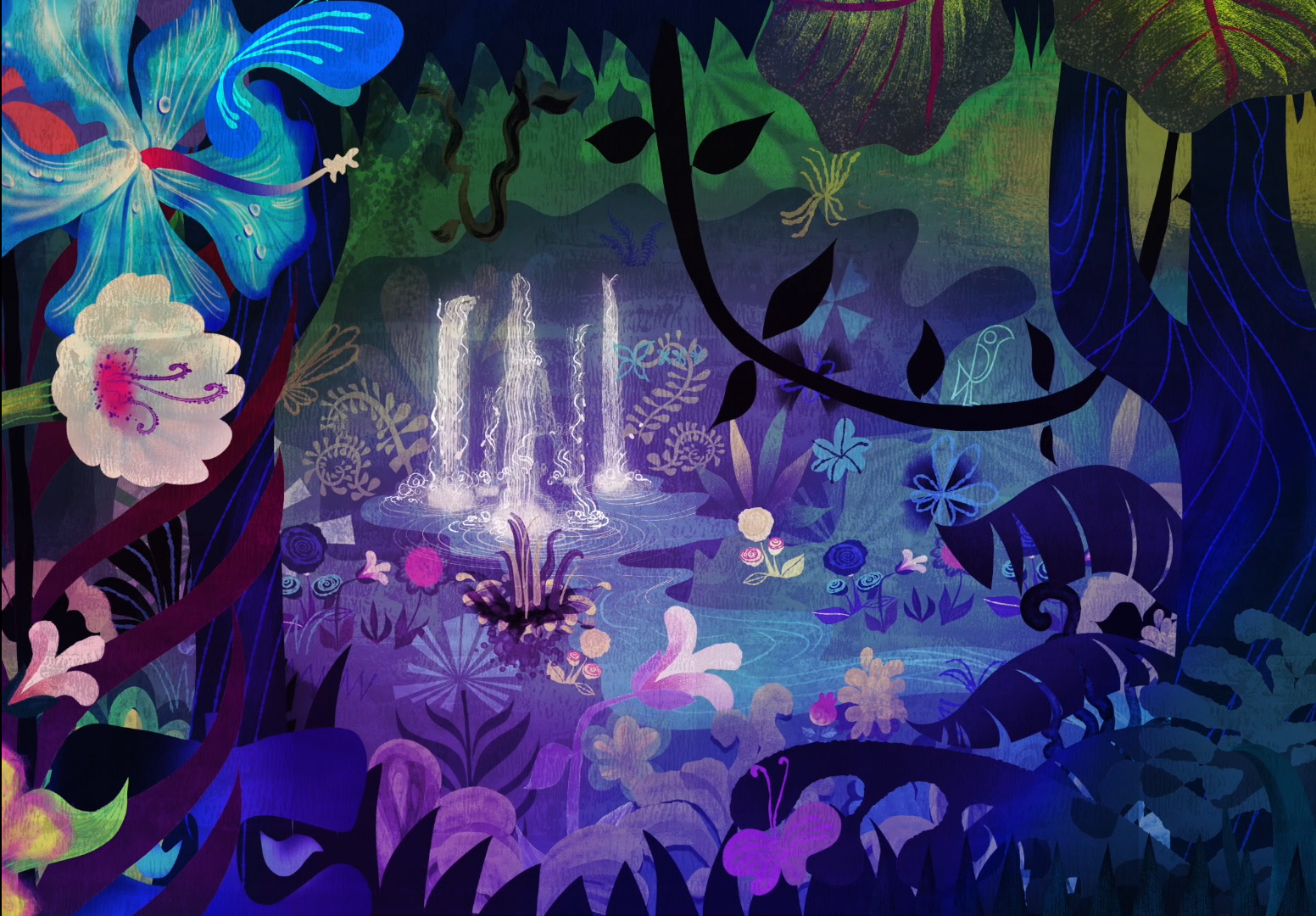 The result serves as a highlight reel of the studio’s colorful 2D work, fusing an upbeat, tropical style with a sense of mythological wonder. Brie Henderson, the character designer, took on a lead role, and Franklin admitted that her aesthetic leadership and good rapport with Glover and Murai were instrumental in sealing the deal.

“The challenge was to live up to the beauty of their film, which is all about art and beauty trying to exist within a capitalist structure,” Franklin said. “We tried to make it seem as ornate and detailed as possible. Sometimes, we went too far with too much detail in the title sequence, and we would break it down, slow it down, make it simpler.”

For the title sequence, Glover and Murai were in agreement that they should lean into the influence of the legendary “Pink Panther” animated title sequences, particularly for 1975’s “Return of the Pink Panther,” created by Richard Williams (“Who Framed Roger Rabbit?”). “We liked where the characters interact with the animated credits and the letters themselves are physical objects,” added Franklin, who storyboarded most of the title sequence. “And jump around them and duck around them in a chase scene.” 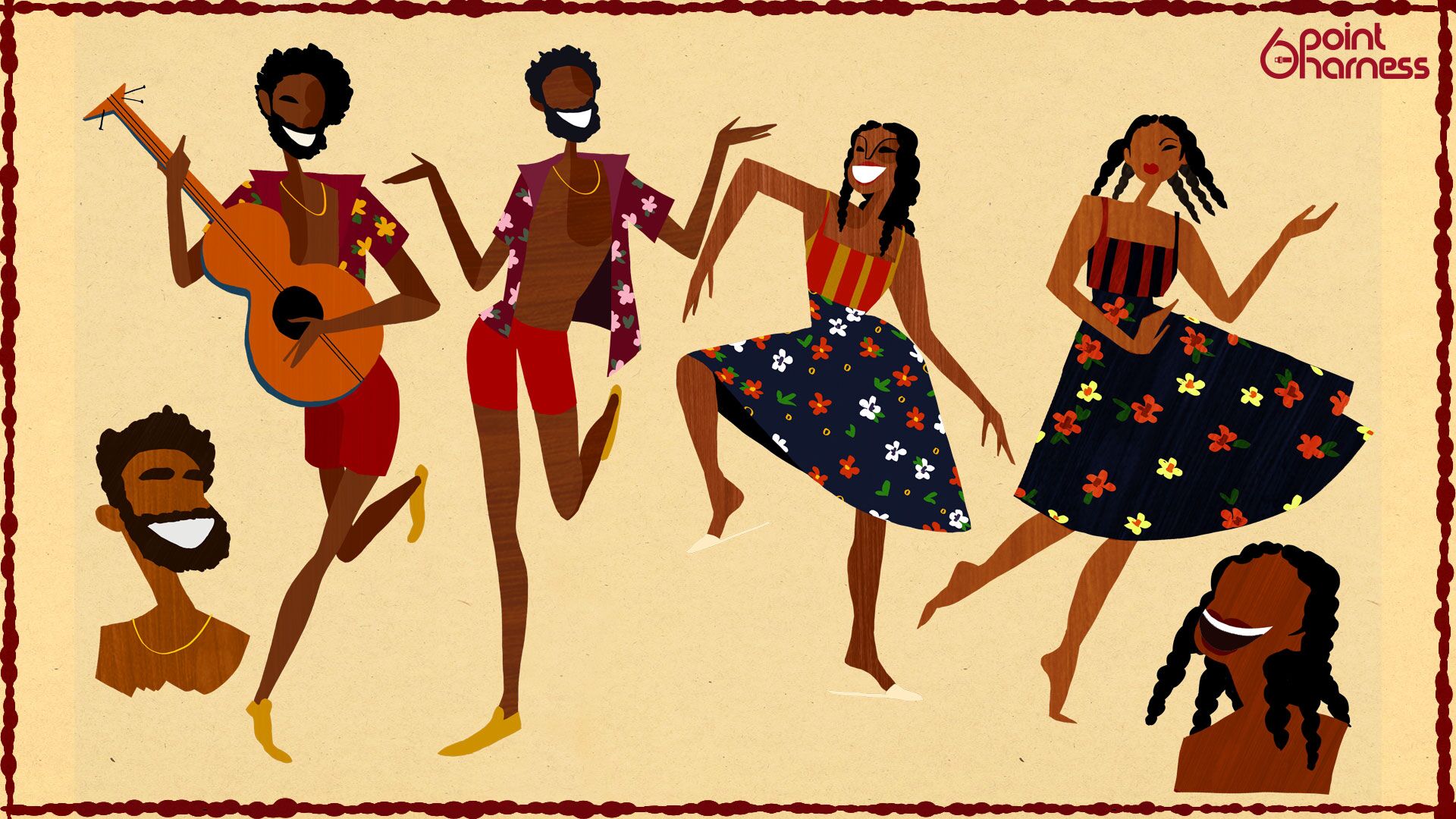 The idea behind the five-minute animated prologue: elaborate on the folklore of “Guava Island” by beginning with a brief history of creation, playing with a universe comprised of splotches of paint and raw material. There are seven gods and seven lands, and each god lends their own personality to the island to create a sacred place for humans. “That’s where we get a glimpse of paradise,” Franklin said. “There’s so much gorgeous design and at the same time you felt like there was that edge of cultural appropriation. It’s exotic fare for the suburban set and that’s where the Pan Am travel posters and other mid-century art came on. You’re seeing beauty that is being presented as mass consumer objects.”

The biggest challenge of the prologue, though, was the island vegetation, with 150 separate elements that had to be hand-animated. “You couldn’t do normal linear animation,” said Franklin. “It had to unfurl and have secondary action and a little bit of style to it. Similarly, at the end of the prologue, there’s an enormous favela [shanty town] in the shape of a guitar. We had over a hundred buildings dancing that needed to be individually animated. You feel like you’ve made so much progress animating 40 buildings and then you realize that you’re only a third of the way there.” 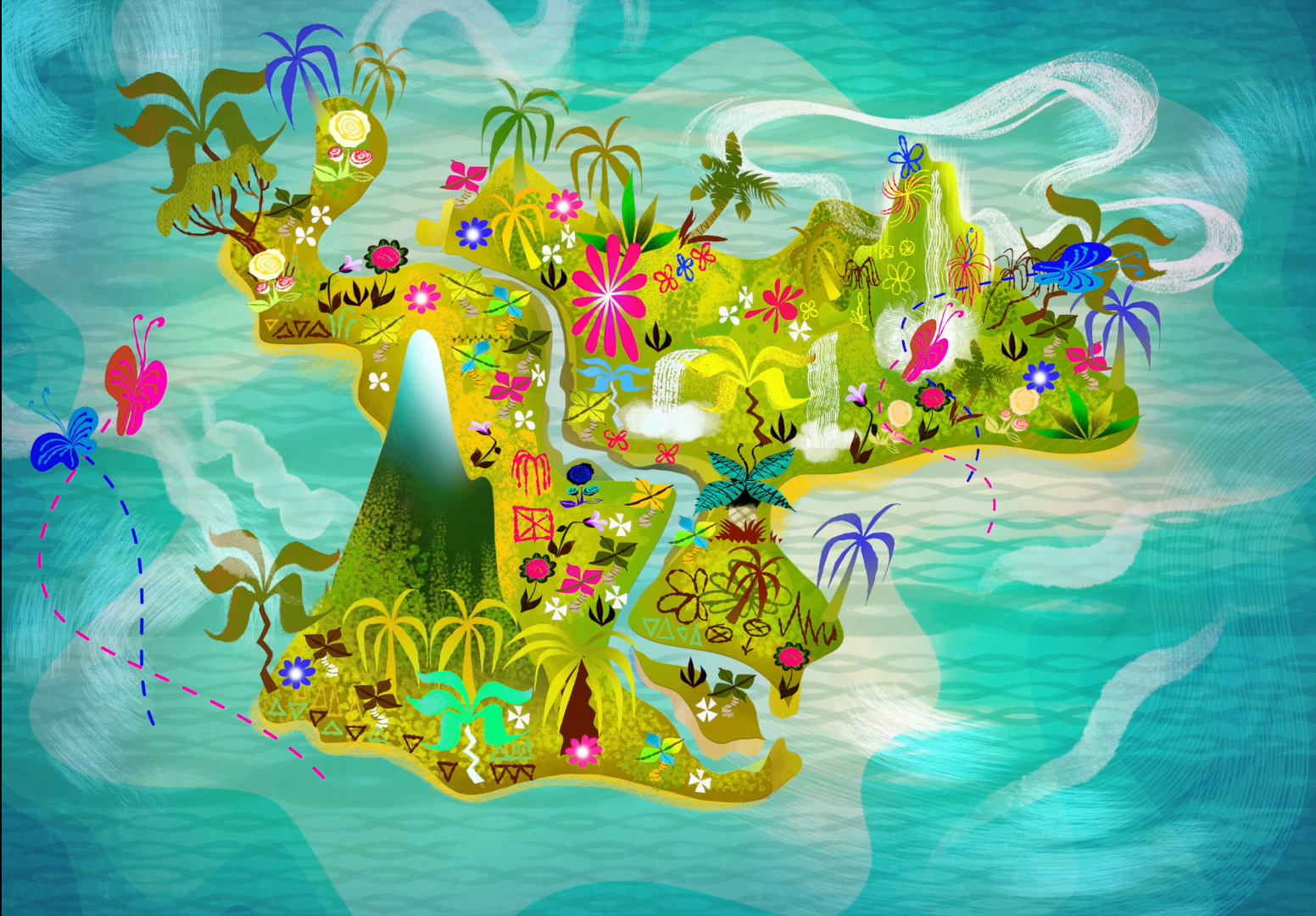 What Franklin liked best about “Guava Island” was that, like segments of “Atlanta,” the entire film was scanned onto a 35mm film print and then back to digital to go onto Amazon Prime for that distinctively tactile vibe you can only get from real film grain. “Also, the aspect ratio was 4:3 so it was like 16mm,” he added. “In some ways, it’s a superior format for showing certain things and it gives you a retro feel as well. I look forward to using that format again because there’s some really interesting compositions you can make.”

“Guava Island” is available to stream on Amazon Prime.

This Article is related to: Film and tagged Animation, Donald Glover, Guava Island